It’s been another great week for the top 10 comments. I feel like I say it every week, but I really enjoy going through and reading these interactions. Disclaimer for today’s edition: I left out any comments that mentioned Ben Roethlisberger’s rape scandal. Didn’t really see a place for them here. With that said, I hope you enjoy your Mother’s’ Day!

Forever 14’s mother sounds like a wise woman. I will say that what you want out of a college experience is different for everyone. I have plenty of friends who attend OU and they love it there, but I know I would hate it, and that’s okay.

Forever 14: I was raised an OU football fan. My mom had to make me send my ACT scores to OSU. I was dead set on going to OU but had scholarship offers from both OU and OSU. When I went up for the OSU visit, everything was well organized, and everyone was very friendly. When I went up for my campus visit to OU, they were not so organized, not so friendly, their “modern” dorms were not impressive, and I wound up getting dropped by the tour somehow. The next fall I started at OSU. (17 Upvotes)

I agree with this take. If Roethlisberger didn’t see Rudolph as a threat (at least to some extent) then he wouldn’t be acting this way. Side note: I have to Google how to spell “Roethlisberger” every time I go to type it.

This. Yes. Precisely. Hit the nail on the head.

SingingCowboy: Big Ben watched the film of James Washington’s TD receptions and got real excited until he realized the guy who threw all those TD passes is going to be competing with him in camp. Things turned ugly when that light bulb came on. (15 Upvotes)

No. 5 – Rudolph has the NFL Mentality

I think he’s mentally ready for what the NFL with throw at him, but I hope he has the physical skills to make a name for himself too. That’s the part I’m worried about.

DK.OKstate: Kudos to Rudolph for handling this better than Big Ben. Rudolph continues to show a maturity beyond his years. (13 Upvotes)

The Legion of Boom is no more, but hopefully Flowers can contribute to a new era of Seahawks secondaries.

Adam M.: Carroll seems to like OK State guys. Cool that Carson and Flowers are up there together. (10 Upvotes)

I’ve always thought it was funny that Toby Keith sings “I Should’ve Been a Cowboy”. Even he knows OSU is better.

Chris Baker: Very similar story. My parents both graduated from ou, and I always just assumed I would as well. Then I visited both schools. I didn’t care for ou’s campus and the greek/friend purchasing structure seemed to encapsulate ou. I wasn’t sure if everyone was a douchie frat guy or just wanted to be one. Then I visited OSU, sure we have greek crap, but it seemed so much less of a focus at OSU than ou. This was later confirmed by my friends who attended ou and spent weekends in Stillwater where the douche to real person ratio was manageable. (9 Upvotes)

No. 8 – Nebraska Football Making a Comeback?

Chalk this up for things I didn’t think I’d see in the PFB comment section. People seem to agree with MajorPayneCounty: Nebraska got much scarier when Scott Frost was handed the keys to the kingdom.

GoPokes: The word Nebraska just doesn’t carry the weight it used to. Sure, it may have helped persuade him that “hey, maybe I closed too many doors too soon” or the like, but it’s hard to believe a call from Nebraska turns a kid around all by itself anymore. Those days are gone.

MajorPayneCounty: Maybe. But them bringing in Scott Frost from UCF has done something for the brand. Former Nebraska QB who just went undefeated with lesser talent? It’s something to look at. (9 Upvotes)

No. 9 – Recruiting Predictions Grasping at Air

I talked to a couple from the Booker T. area of Tulsa at the Spring game, and they think Dax is going to OU. That would be awful.

Aaron: Come on guys, three of the 12 pickers that have Dax going to OU work for OU Insider. That makes their prediction as valuable as Robert Allen being the lone vote for the Pokes. The rest of the writers follow the “if he’s from Oklahoma predict OU” model.

I’m not saying we get Dax, I’m just saying no one knows because he’s tight lipped. These are guesses and shots in the dark. 24/7 predictions aren’t great or accurate. They still have Chuba Hubbard a 100% lock to Oregon so….  (9 Upvotes)

“Years ago” might be pushing it a tad, Adam but that is gold. Keep up the good work.

Adam M.: I threw out the ‘Daily Mullets’ years ago. Even had a logo.
Adam M.: Found it! 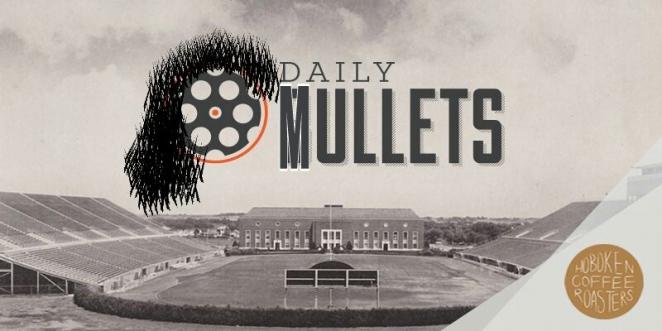 Thoughts on Big Ben’s comments about Rudolph. If you followed the Thunder at all this season, this is hilarious.

Big D: He sounds about as self aware as Carmelo Anthony