In just three years, Cowboy Baseball has returned to the days of Pete Incaviglia, Robin Ventura and Gary Ward. A large part of that is due to Josh Holliday and his staff turning around the sad state of affairs left behind by Frank Anderson. Here’s a look at the past three years, comparing Anderson’s last year with Holliday’s first two: 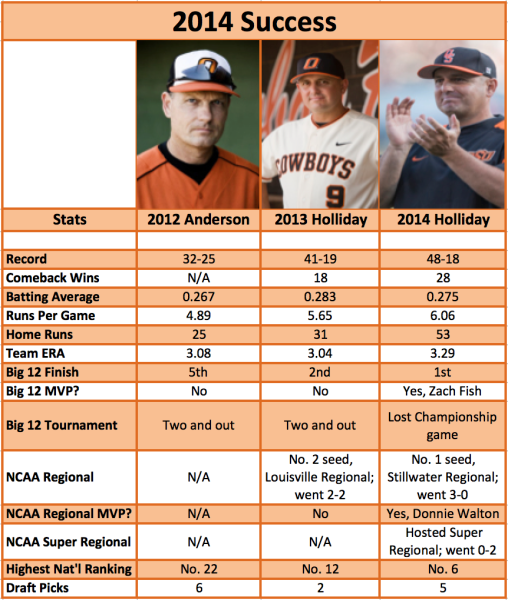 As you can see, the Cowboys have improved in almost every category the past three years. A better record, more progress in the Big 12 and NCAA Tournaments, and even the number of draft picks is back up.

The ERA was a bit higher this year, but you have to remember: the 2012 team had Andrew Heaney and the 2013 team had Jason Hursh, both first-round draft picks who are quickly approaching the majors.

This just goes to show that, despite not making it to Omaha this season, this program is on the rise and it’s just a matter of time before the Holliday Dynasty really starts to dominate.