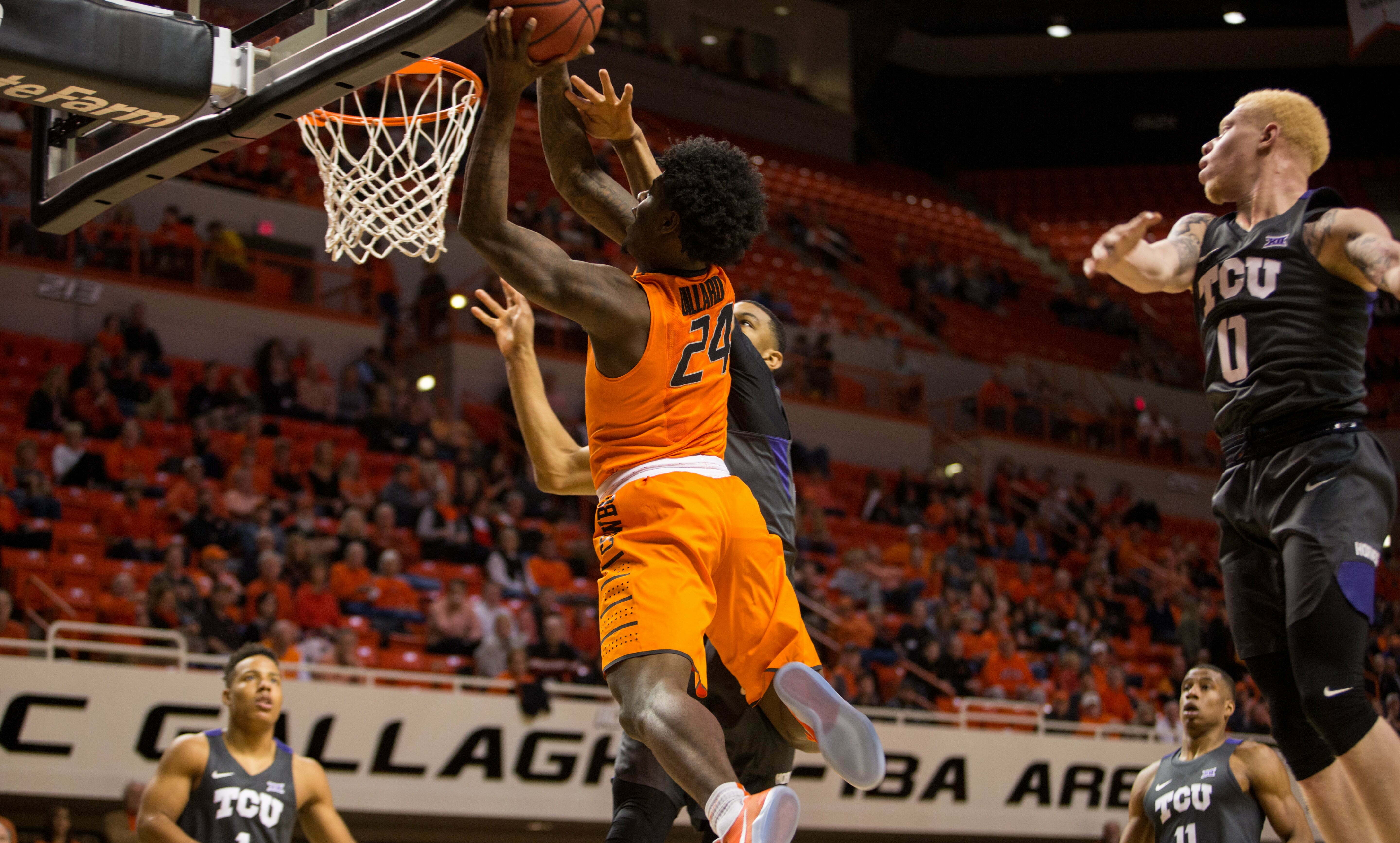 One of the more enjoyable parts (for myself) of the last couple of weeks watching Cowboy basketball — other than finally winning — has been the mini renaissance of Davon Dillard. The freaky athlete a lot of us had labeled as a “what-if” is quickly changing the narrative to “what else?”

In 16 minutes against TCU, the bullish sophomore chipped in for 10 points (3-7, 1-2 from 3), three rebounds and played some tough-nosed defense.

“He was terrific,” said Brad Underood. “He didn’t do anything that wasn’t in our goals or our plans. He’s got the ability to be an elite defender because he’s so ‘country strong’ and he’s got quick feet. When he eliminates those mistakes, he can guard multiple positions. I thought it was good to see him hit a three because he hits them all the time in practice. The only negative he had was that he missed our one free throw.”

I’m all in on Davon “Country Strong” Dillard, by the way.

Missed free throws aside, Jawun Evans was happy for his friend and teammate and still marvels in Dillard’s athleticism.

“I was amazed,” said Evans. “I tried to go back up and get the ball, then I’m getting dunked on. I had a great laugh out of it.”

Dillard wasn’t always the talk of the post-game presser. Earlier this season he had trouble seeing the court, only appearing in five of the Cowboys’ non-conference games — averaging 7.4 minutes.

This was just a carryover from Dillard’s freshman season where the former four-star prospect couldn’t sniff the hardwood — even while a desperate Travis Ford struggled to field a back court with Phil Forte and Jawun Evans sidelined with injuries.

The message was simple and turnaround abrupt.

“It’s just come from buying in on what coach Underwood wanted me to do,” said Dillard. “I told him, ‘Whatever I need to do for this team to help us win, I’ll do it.’ It’s just practicing harder and being more of a leader to the younger guys and things like that.”

Buying in has payed off. Starting with the Kansas game, Dillard has seen his minutes rise to 13 per game and the impact he can have on his team has followed suit.

One impact Dillard can provide is his propensity for highlight-reel worthy plays — including the pair of posters he contributed Monday night.

Well, that's one way to top off a win. ? pic.twitter.com/gBhBaYCRwg

“It’s exciting giving the fans something that they like,” added Dillard. “Just giving them something they like and trying to fill out the gym again. It’s fun going out and doing what I do best, playing above the rim.”

“He was terrific because he didn’t do anything that wasn’t within what our goals are and our plans,” Underwood said. “He’s got the ability to be an elite defender because he’s just so country strong and he’s got great feet.”

If Underwood and Dillard can continue their current trajectory, the duo should be in for a lot of fun games in the future and (hopefully for us) plenty of highlights.