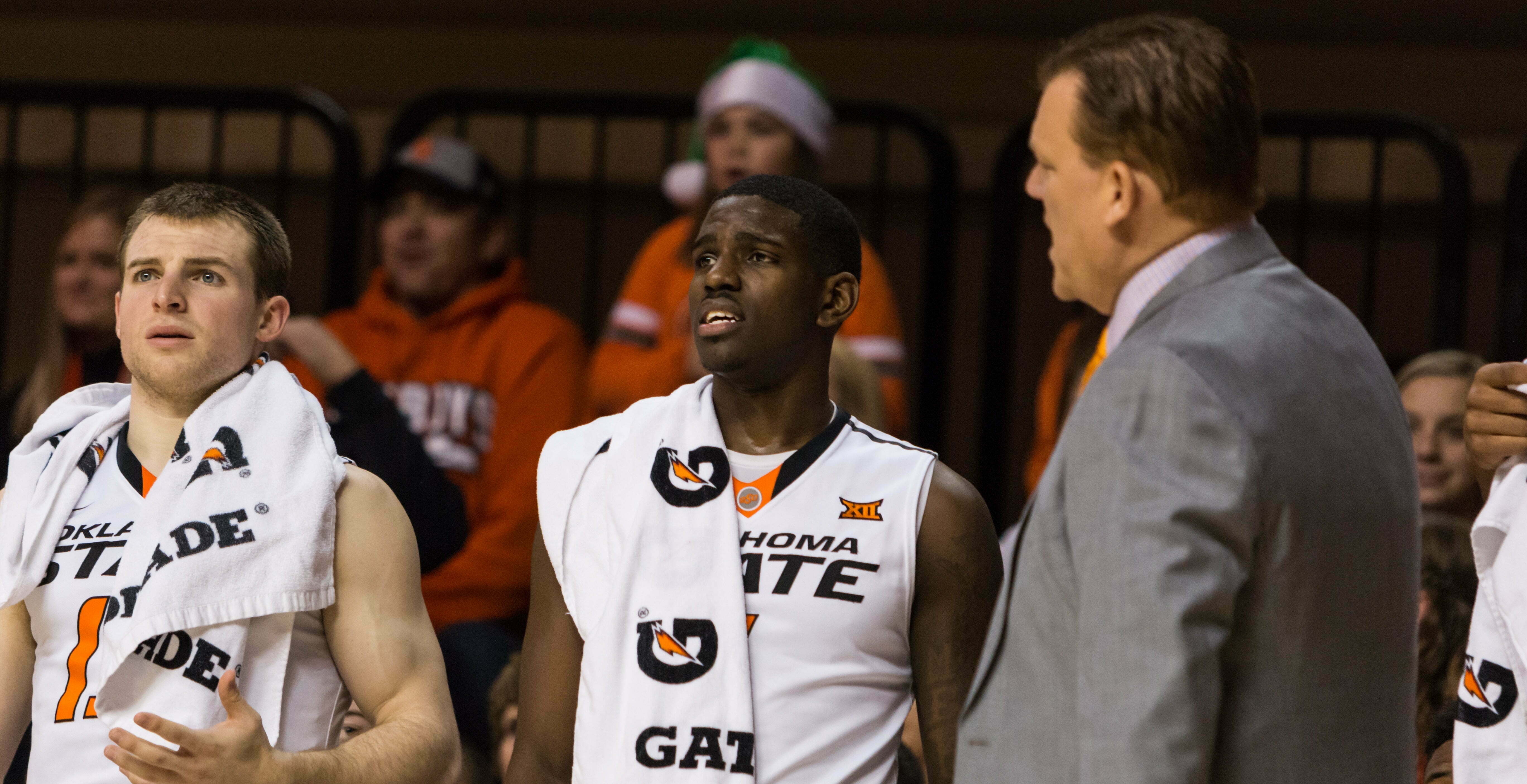 Oklahoma State and Wichita State will square off on Saturday in a great non-conference matchup (preview here). Brad Underwood recently called the tilt a “grown man’s game” which seems fitting.

“It’s nice to have [Phil Forte and Jawun Evans] back at practice and it’s nice to have them back in the game,” said Underwood on Wednesday after OSU throttled Arkansas-Pine Bluff. “Saturday’s going to be a … that’s a grown man’s game on Saturday and we’re going to need both of those guys to be great.”

He does. Wichita State is No. 18 in Ken Pomeroy’s advanced rankings and has a balanced, great team. Still, OSU is in the top five nationally in turnovers forced as well as steals. Wichita State coach Gregg Marshall knows he has his hands full as he goes for his fifth-straight win over a Big 12 team.

“They have an unusual style,” said Marshall. “They’re relentless in their pressure; looks like 40 minutes of pressure. Sometimes in the second half they go to a match-up zone for whatever reason, but they [run] full-court pressure, half-court pressure, they deny every pass, they can run and jump. It’s something different to prepare for… and that’s good if you’re going to play in the postseason because you never know what you’re going to get.

“[Underwood] has got them playing hard, playing with great pace and rhythm, and then he’s got some really good players. It’s a great situation for coach Underwood to go into, and he’s doing a very fine job. I knew him when he was an assistant coach for Frank Martin [at Kansas State]. We scrimmaged them a couple years in a row…obviously a good coach, he did a nice job at Stephen F. Austin in his two or three years there. Now he’s taking that same blueprint to OSU. What stands out is how hard they play. It’s going to be a slugfest…there’s going to be a lot of guys flying around and hopefully we make more plays than them.”

Underwood agrees. Who makes more plays. Line it up and let ‘er rip.

“That’s our challenge,” Underwood told the Tulsa World, “is doggone, can we line up and compete for 40 minutes at a high level? And that’s what this Wichita State team is going to force you to do.”