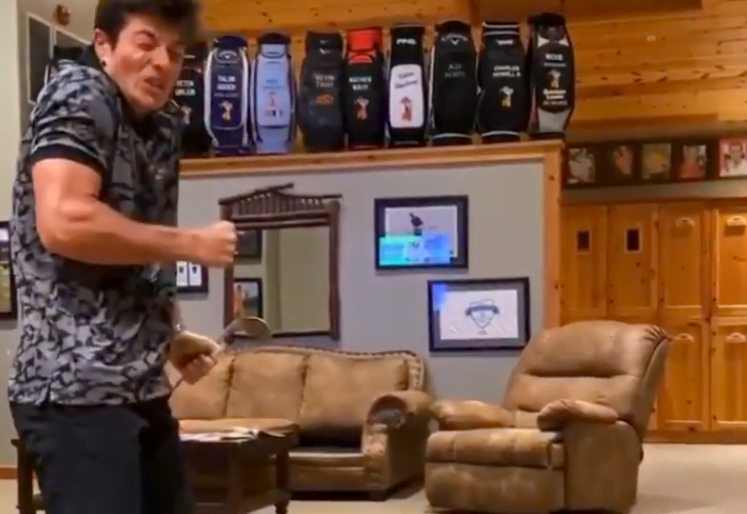 Viktor Hovland’s short game is one of his weak points on the PGA Tour this season, but he’s determined to not let it hinder his progression as a pro. So Hovland’s doing what any normal human would do to try and improve: chipping around the house. (By house, of course, I mean Karsten Creek.)

The results are … well, the face says it all, doesn’t it?

Here’s how it went:

So maybe the game still needs a little work!

Give him some credit, though: he was closer than most of us could dream of getting here. I’d have smashed both pictures on the wall in a 7-10 split and blown a hole right through it with a shank of epic proportions. (Then blamed the wind, because it was a bit drafty.) That he even got close to chipping into the bag is impressive and hopefully an indication of an improved short game (he’s currently No. 230 of 231 in strokes gained around the green) on the PGA Tour … whenever it resumes.