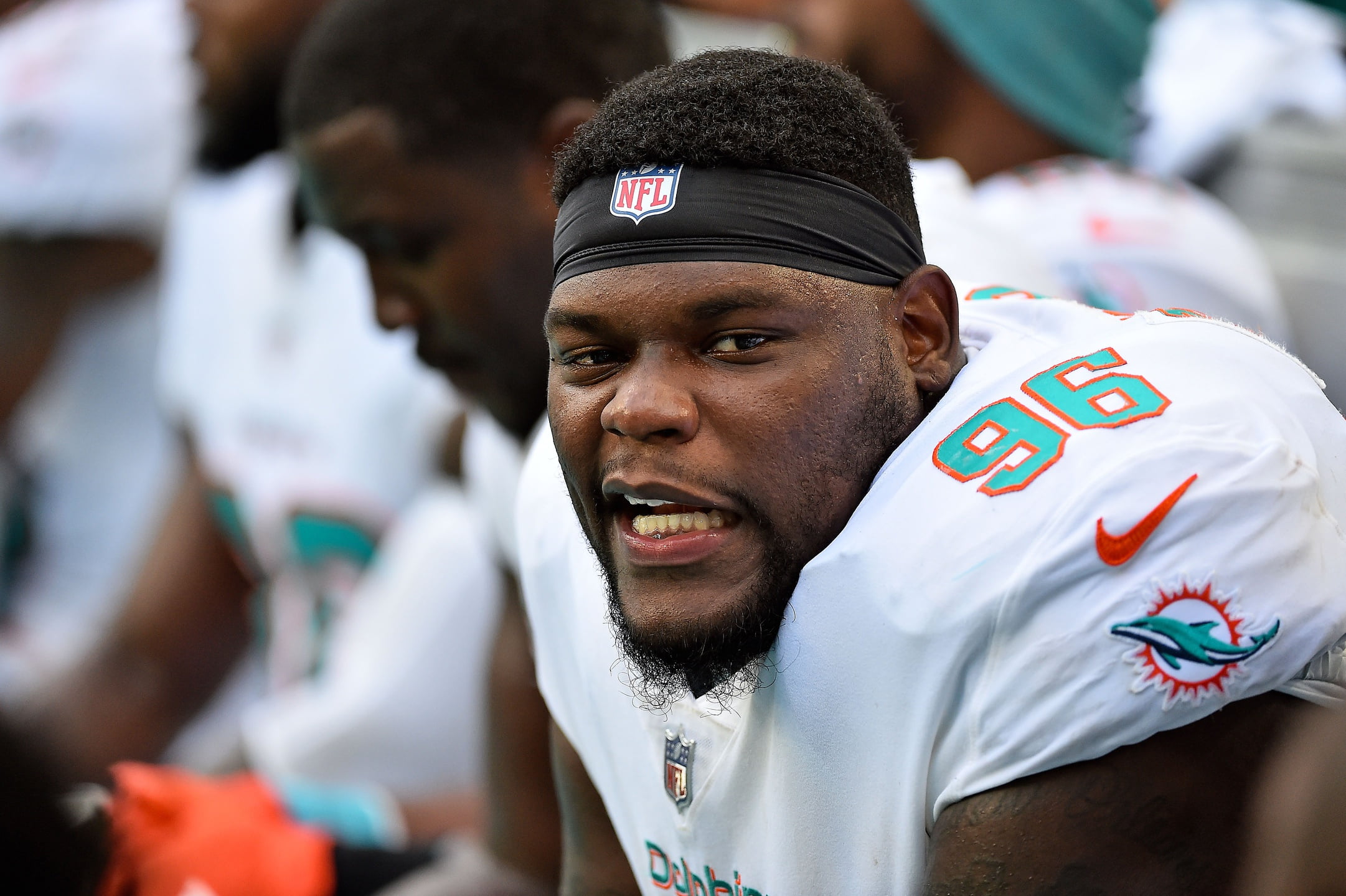 Vincent Taylor was carted off of the field at NRG Stadium in Houston on Thursday night with a reported foot injury.

The second-year defensive tackle left during the second quarter of the Dolphins’ road game against the Texans having recorded three total tackles.

This is a blow for Taylor and a thin and injury-riddled Miami defense. After saying good bye to perennial Pro Bowler Ndamukong Suh in the offseason and then cutting former Oklahoma DT Jordan Phillips, Taylor has carved out a significant role in the Dolphins’ defense.

Pro Football Focus ranks the sophomore DT as the 18th best interior lineman in the football. He’s been Miami’s best run stopper this season and has carried his kick-blocking acumen with him to the NFL, with already three career blocks to his to credit.

Taylor suffered a knee injury on the opening kickoff in Week 15 last season and missed the remainder of his rookie year. His status moving forward is unknown, although he was (and likely still is) scheduled to be in Stillwater on Saturday night for OSU’s Homecoming game against Texas.