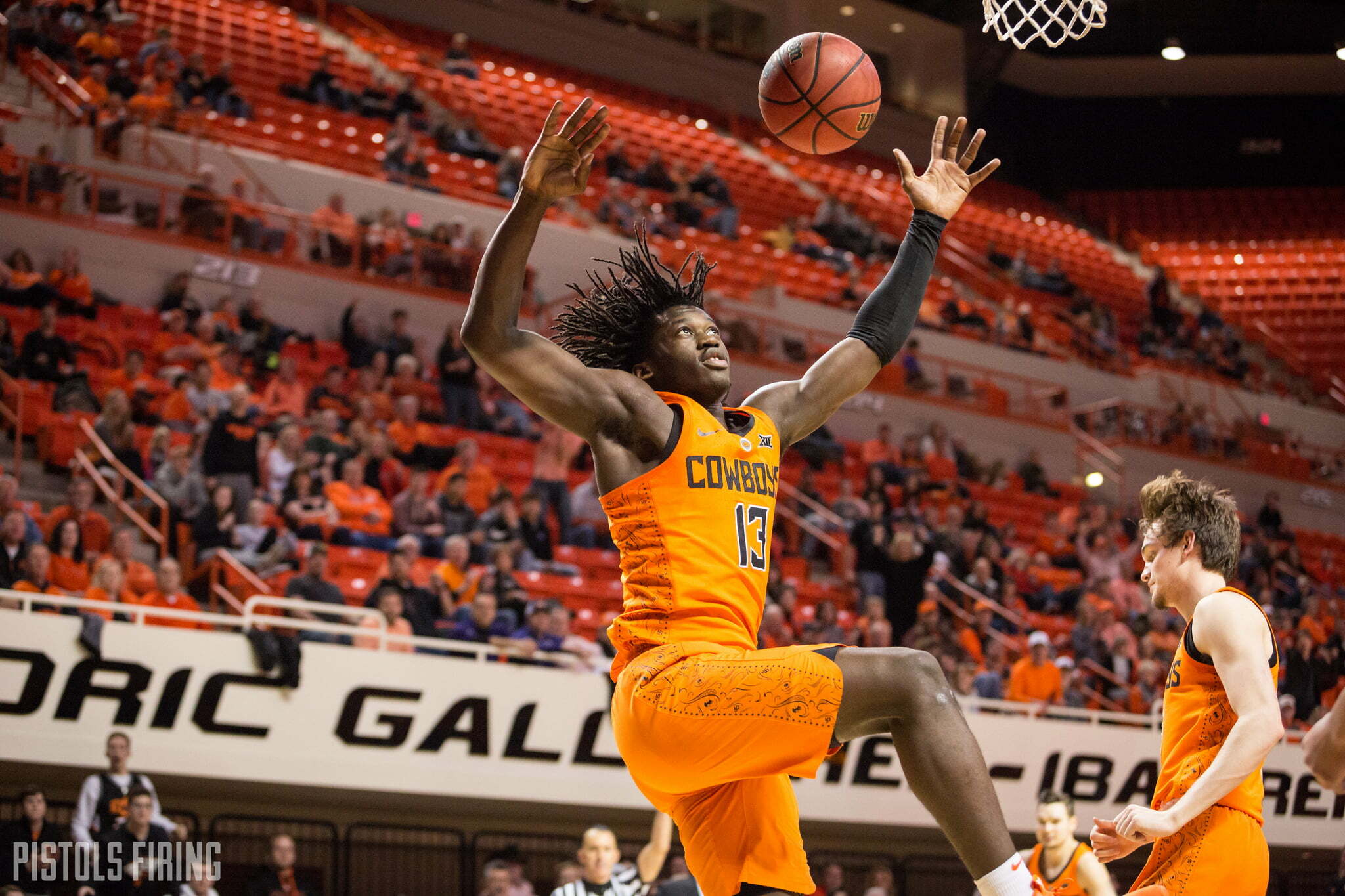 Oklahoma State beat Baylor on Wednesday for the first time since 2015 in maybe the most unexpected way possible.

The Pokes made just five of the 29 attempts from 3-point range that they took, good for 17 percent from distance. So why is it unexpected that they won? Well, across all D1 games this year, teams are 31-202 when attempting at least 25 3-pointers and making less than 20 percent. OSU has one of those wins (Baylor) and one of those losses (Kansas State).

I would argue that this year’s team is even more dependent on the 3-pointer, considering how short-handed they are. They’re now 1-9 when shooting worse than 33 percent from deep with the only win coming Wednesday in Waco.

None of it adds up until you consider what freshmen Isaac Likekele and Yor Anei did. The inside-outside duo combined to go 15 for 24 from the field with just one attempted 3-pointer. They took a combined seven shots that weren’t within like five feet of the bucket.

They scored 35 of their 37 points from either in the paint or at the free throw line. They posted 28 of OSU’s 38 points in the paint. They overcame so-so nights from Cam Crime Dog and Lindy. They covered up a 2 for 11 showing from Dizzy.

It was quite a performance from both.

“We were right there knocking on the door last week,” Mike Boynton said. “We took Tech to overtime on the road and had KU on the ropes Saturday at our place and just couldn’t finish. It’s a testament to these guys, because even though they keep getting knocked away, they never stop coming back. They keep fighting.”

They keep fighting. That epitomized Likekele and Anei on Wednesday (and always). Two dudes who don’t know any better than to let it ride for the entire season, even a terrible one like this one. It came at the right time, too, because no matter what happens over the next week, this team (and us as fans) will be able to take that performance into the offseason and have something to dream on for 2019-20.