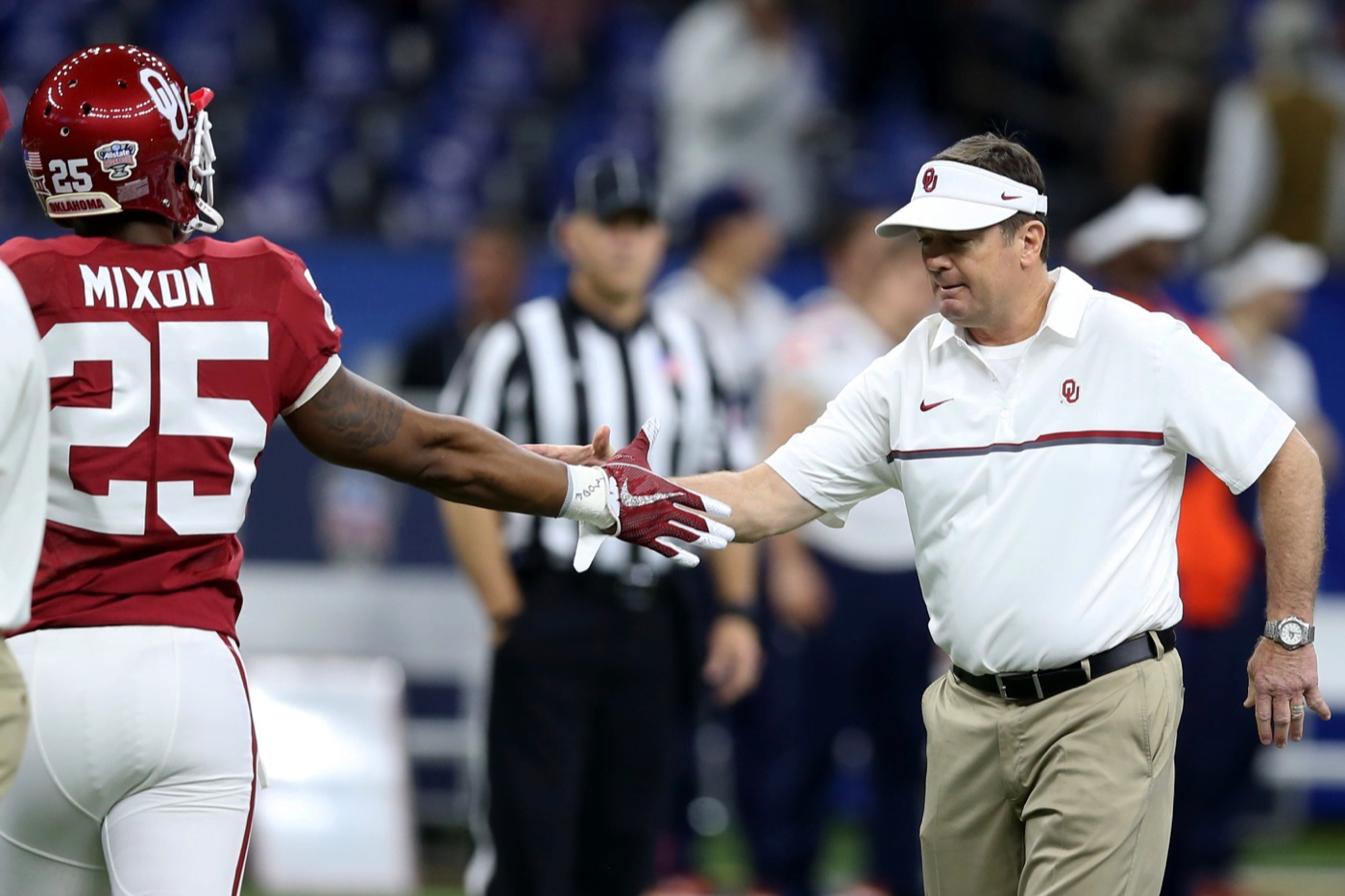 Notorious Big 12 pot stirrer Paul Finebaum is back and in full offseason form this week. Finebaum said on a radio show (not his own) recently that he thinks the Big 12 is toast in five years and OU is trying to eject like so:

“I think the Big 12 is in big trouble, and I think this is something that we have been able to detect for some time,” Finebaum said on Birmingham radio station WJOX on Monday, according to the Dallas Morning News. “I don’t think the Big 12 as we know it will still be in existence in five years.

“There are schools in the Big 12 that have looked to get out, and I think continue to look to get out,” Finebaum said. “And they can deny it all they want, but they don’t have what the SEC and the Big Ten, Pac-12 and ultimately the ACC are going to have, and that’s their own network, which is critical in this world of exploding television reality. And I don’t know how you can really survive like that.”

The only way it won’t be around in five years is if OU or Texas leave for … somewhere.

“There are a lot of rumors out there — they’re only rumors — I’ve heard Commissioner Sankey [Greg Sankey of the SEC] recently, I’ve heard other commissioners maintain that no one is really in the market for expansion,” said Finebaum.

“But it doesn’t take very much, and usually these things go in twos. I can think of one school in the Big 12 that would like out pretty desperately, and if that happens, would it have a domino effect? And that school is the University of Oklahoma.”

I guess my question here is why? Why does Oklahoma want out? What are Oklahoma’s goals? What would they accomplish by going to the SEC? Yes, SEC teams made $10 million more last year than Big 12 teams, but that ignores the Big 12’s third tier rights (which are included in the SEC numbers).

OSU’s third tier money is ~$6 million which means OU’s is a lot more, right? According to the DMN, it is in the $7-10 million range. Add that to the $30 million every Big 12 team got and you’re at least within striking distance of the $40 million every SEC team got.

It’s true that SEC teams can still sell their other non-third tier multimedia rights (radio, corporate sponsorship, hospitality, print, signage and other advertising) for obscene numbers — which they do — and it’s also true that that SEC money is only going to increase in the future, but I’m just not convinced that the Big 12 is in the dire straits everyone would have you believe.

The Big 12 money is going to increase as well to the point that Big 12 commissioner Bob Bowlsby expects the per-team payout to be ~$45 million by the end of the current TV deal.

And here is the thing that nobody is really discussing. In eight or 11 years or whenever the contract between the SEC Network and ESPN is over, what if ESPN doesn’t renew? As we have seen in the last few weeks, ESPN is not exactly throwing haymakers in the media world and more (not fewer) people are cutting cable.

If that happens in 2029 or whenever the SEC Network contract is up, then those SEC teams are in the same boat as the Big 12 ones when it comes to third tier rights. They’ll have to negotiate with distributors on their own (like Fox Sports or ESPNU) and/or distribute content themselves. That puts them on equal footing with Big 12 teams like OSU and OU when it comes to distribution of content.

Of course I’m speaking with a massive bias because I want Oklahoma State and the conference they’re in to be successful. Would I rather OSU be getting SEC money and be part of the SEC Network distribution in the short term? Hell yes. But I just can’t hop on board the flames and pitchforks bandwagon Finebaum is driving.

Big 12 revenue is soaring — OSU made $8.1 million as recently as 2009, and that number will likely have more than quadrupled when figures are announced this summer for the 2016-17 school year. That’s bonkers, and while it doesn’t match the trajectory of Finebaum’s beloved SEC, it’s also not that far off. Not as far as he would like you to think.