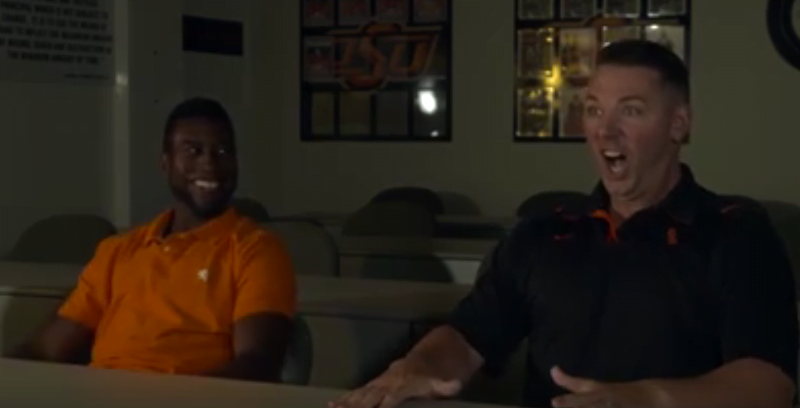 Former players Rashaun Woods and Josh Fields talked with Oklahoma State athletics about their recollection of Bedlam, Les Miles, and their thoughts going into Bedlam of 2002. And it was pure gold.

Les Miles being the OSU coach before Pistols Firing Blog existed is truly a shame. But Josh Fields gives a hilarious behind-the scenes glimpse at the intensity of Miles before the game in 2002, including an anecdote of him apparently throwing a judo punch to a whiteboard in the locker room.

Oklahoma State did win that year, 38-28. So maybe the method to Miles madness had some real value behind it.