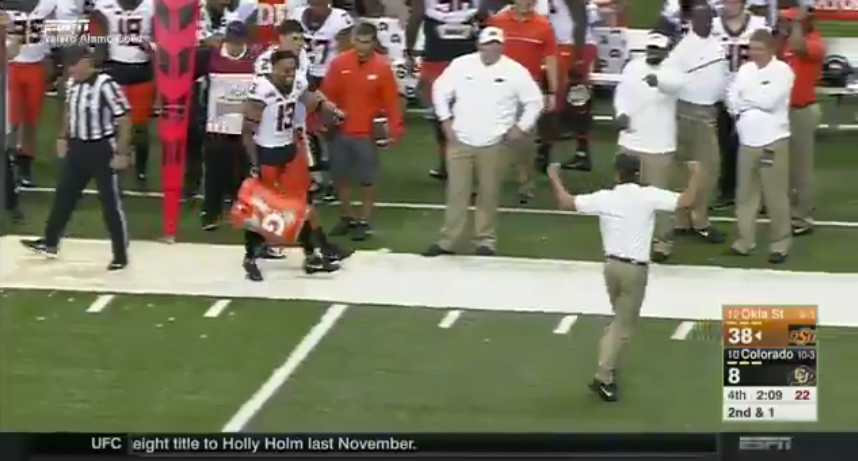 One of Mason Rudolph’s more accurate games of the season ended on one of his biggest whiffs. After the 38-8 win over Colorado in the Alamo Bowl, Rudolph and Jordan Sterns went for the traditional gatorade bath of their head coach and … whiff!

I mean, Mason, Jordan … you had one job! Instead, they ended up soaking the poor side judge’s feet with orange juice. And boy, Mike Gundy still has some moves!

“‘Big Daddy’ over here, he kind of evaded the Gatorade dump,” said Rudolph after the game. “It kind of pissed me off. He saw us, got away at the last second.

“It was fun, man. I think only winning the Cactus Bowl a couple years ago, just playing in a bigger bowl with more fans, playing in a hometown with Sterns, Vincent, it was a home feel. We had a great crowd showing. That’s what you play for, what you work for all year, those moments when you get to look up at the balloons and just think about what it took to get here.”