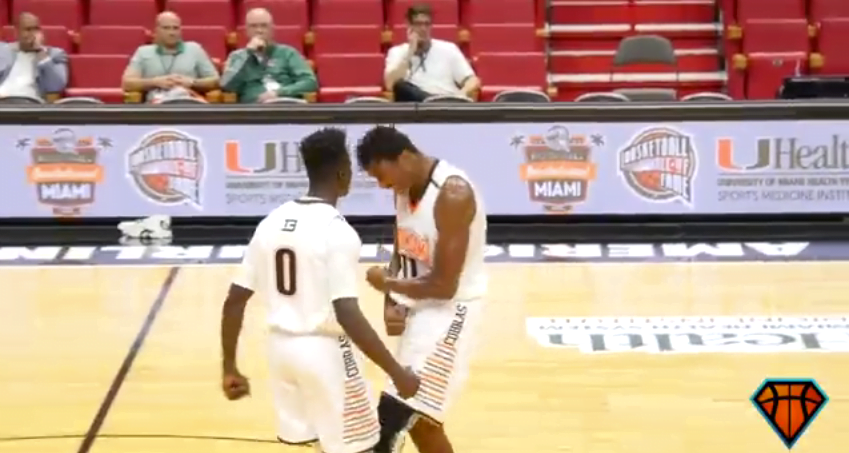 The two recently put on a show in a game at the HoopHall Miami Invitational. You can take my word for it. Or you could just check out the video below.

Both Dawson (6-foot-4 guard) and Glover (6-foot-7 power forward) are four-star prospects and part of Oklahoma State’s 21st ranked recruiting class by ESPN. Glover, a more mysterious recruit, suffered an ACL injury that cost him the majority of his junior season. Early indications are that he hasn’t lost a step since the injury.

When Glover signed in the early period, Underwood said he had a “Lebron James type game” with his big, strong frame and high basketball IQ before tearing his ACL. Schools were hesitant to pull the trigger on him, given his recent injury and the unknown nature of how he would look when healthy again. It could be seen as a risk.

Now it looks like the head coaches evaluation of Glover, calling him one of the top prospects in Florida seems to be pretty spot on. He’s bounced back and has the springiness that he had before going down.

The best part is the chemistry these two have already built up on the floor gives them an edge for when they step foot on campus in Stillwater. Based off this video, chemistry should be no problem for the two Florida natives.