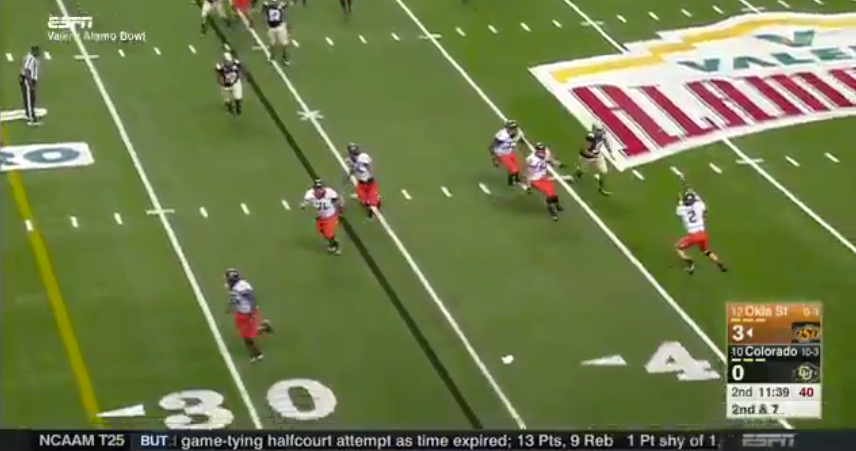 Oklahoma State is pulling out all the stops in the Alamo Bowl against Colorado.

With the clock expiring in the first quarter of the game, Oklahoma State went full flea to close out the half. And uh, they lost four yards.

But hey, if at first you don’t succeed, try, try again, Yurcich. And that’s exactly what they did.

The Cowboys pulled out a nifty double-pass to Chris Carson — back to Mason Rudolph — who got the ball down to the 10-yard line with an impressive pick-up after the catch.

Which set up this punch-in as a reward for the senior tailback Chris Carson.