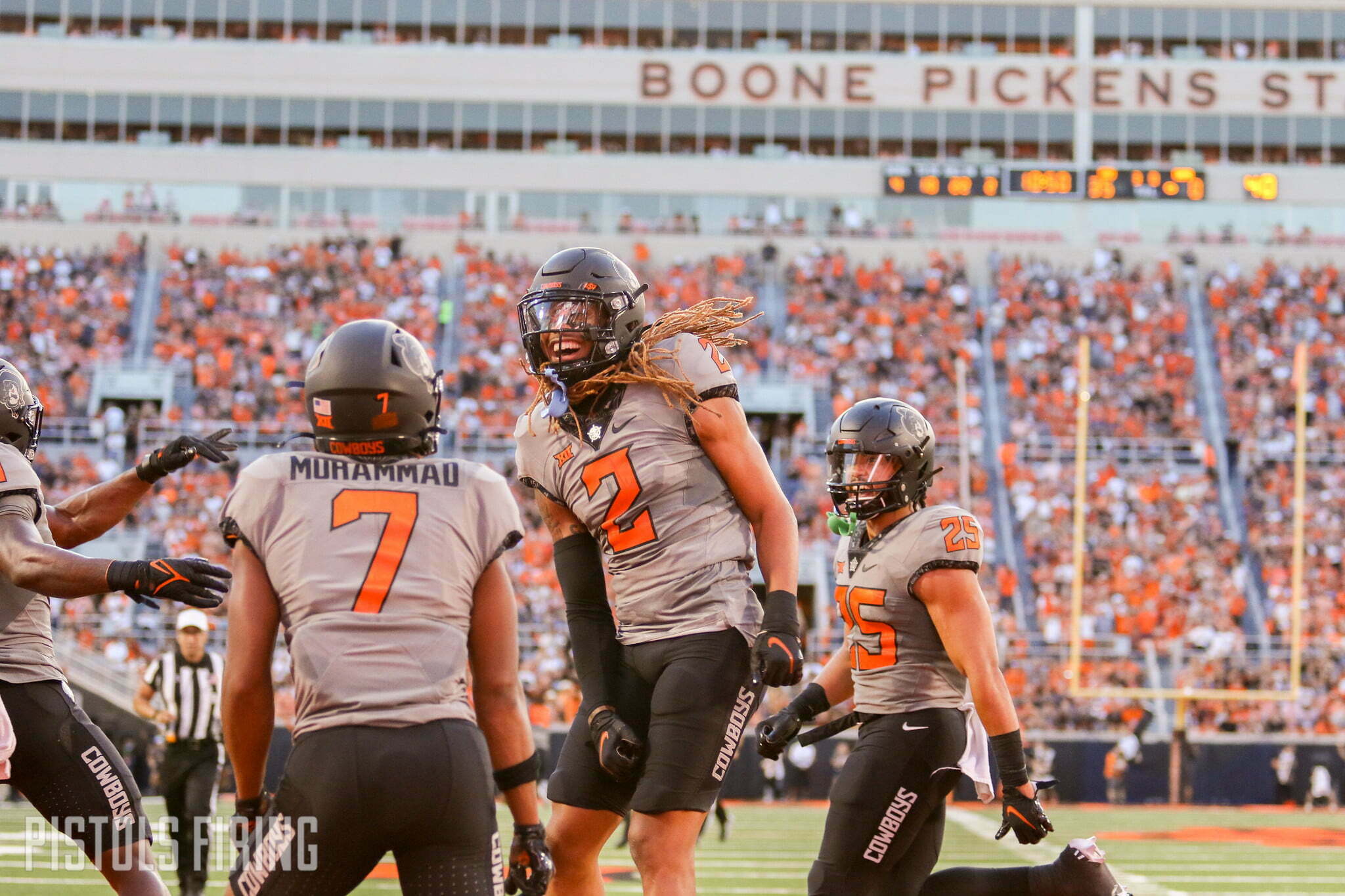 As if the Baylor-OSU showdown in Waco on Saturday wasn’t enticing enough — a Big 12 title game rematch, a tilt between two top-20 teams — odds from Vegas suggest the Week 5 matchup will likely determine which team takes the mantle as the betting favorite to win the conference.

Baylor is the current betting favorite to win (and repeat) according to Caesars Sportsbook. But OSU isn’t far behind, trailing only Baylor (+325) and OU (+325) at a cool +400. A win for the good guys this weekend would at the very least put OSU in co-favorite status with rival OU.

Somewhat surprisingly, the co-favorites to win the league — Baylor and OU — have already taken losses on the season to BYU and to Kansas State, respectively. Nonetheless, OU (6.5 point favorites vs. TCU on Saturday) has a very favorable closing schedule. The only game on its slate where it may not be favored to win is a Nov. 5 game vs. Baylor. Baylor also has a nice schedule, plus while the loss to BYU hurts in the polls, it does not hurt its standing in the Big 12 since BYU is (to state to the obvious) not yet a member of the Big 12. It’s likely to be favored from here out with the exception of the road game vs. OU. (My guess is that it’ll be a pick ’em, but we will see.)

Either way, Saturday should go a long ways towards separating the Big 12 into different tiers. A win for OSU on the road against this Baylor team should qualify them as true contenders and likely favorites to win the league.