Welcome back to the Weekend Bullets where we take a gander at all the Sunday stories about OSU’s Saturday game. Let’s get after it.

Notes and quotes from the game. (PFB)

Daxx Garman doesn’t remember the last touchdown pass he threw in a real football game. As a matter of fact, the Oklahoma State junior quarterback doesn’t even recall the last football game he played. (Scout)

Sheperd: “Whenever Daxx stepped in, we knew he was going to do what Daxx does. That’s throw the ball well. That’s one thing you can expect from Daxx, to put the ball on the money every time.” (NewsOK)

Garman demonstrated no such limitations, as he peppered the ball around to Oklahoma State’s deep and talented receiver crew. The Cowboys should be in good hands with Garman as long as Walsh is out. When Walsh returns, Oklahoma State will have a difficult decision about the direction to take at quarterback. (ESPN)

This one is my favorite, by the way: 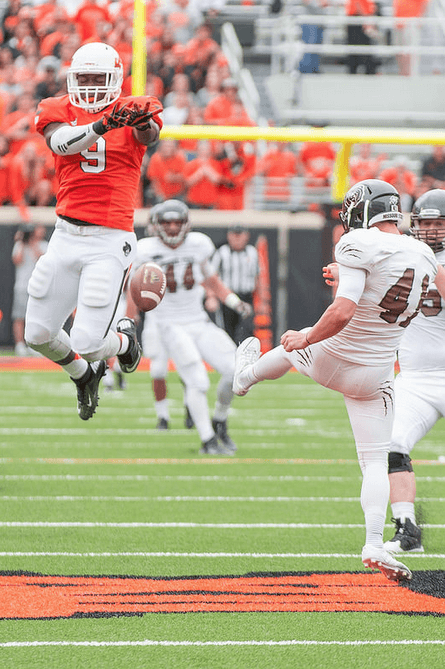 Gundy: “Rennie’s a second-year guy now, and it’s time for him to grow up, run the football, take hits and be explosive. I thought he made some plays for us, and I think he ran the ball real hard.” (O’Colly)

How much of the $375K OSU gave Missouri State will go towards the fountain repair? (NewsOK)

There is no quarterback controversy in the mind of Oklahoma State coach Mike Gundy. However, that seed has been planted in the minds of many OSU fans. (Tulsa World)

Mike Gundy needs to roll the dice with Daxx Garman. The reaction from OSU wasn’t necessarily frenzied horror when J.W. Walsh made his way to the locker room for X-rays on his right lower leg. I’d say it was more curiosity, and I’m betting Mike Gundy and Oklahoma Stateliked what they saw when they peered under the rock that is Arizonatransfer Daxx Garman. (Fox SW)

The Oklahoma State starting quarterback job is once again a mystery for the orange-clad faithful. After JW Walsh went down with an apparent sprain, local unicorn Daxx Garman finally saw real-time game action for the first time since the Jurassic Age. And boy howdy, what a performance it was. (CRFF)

Glenn Spencer in a great mood: