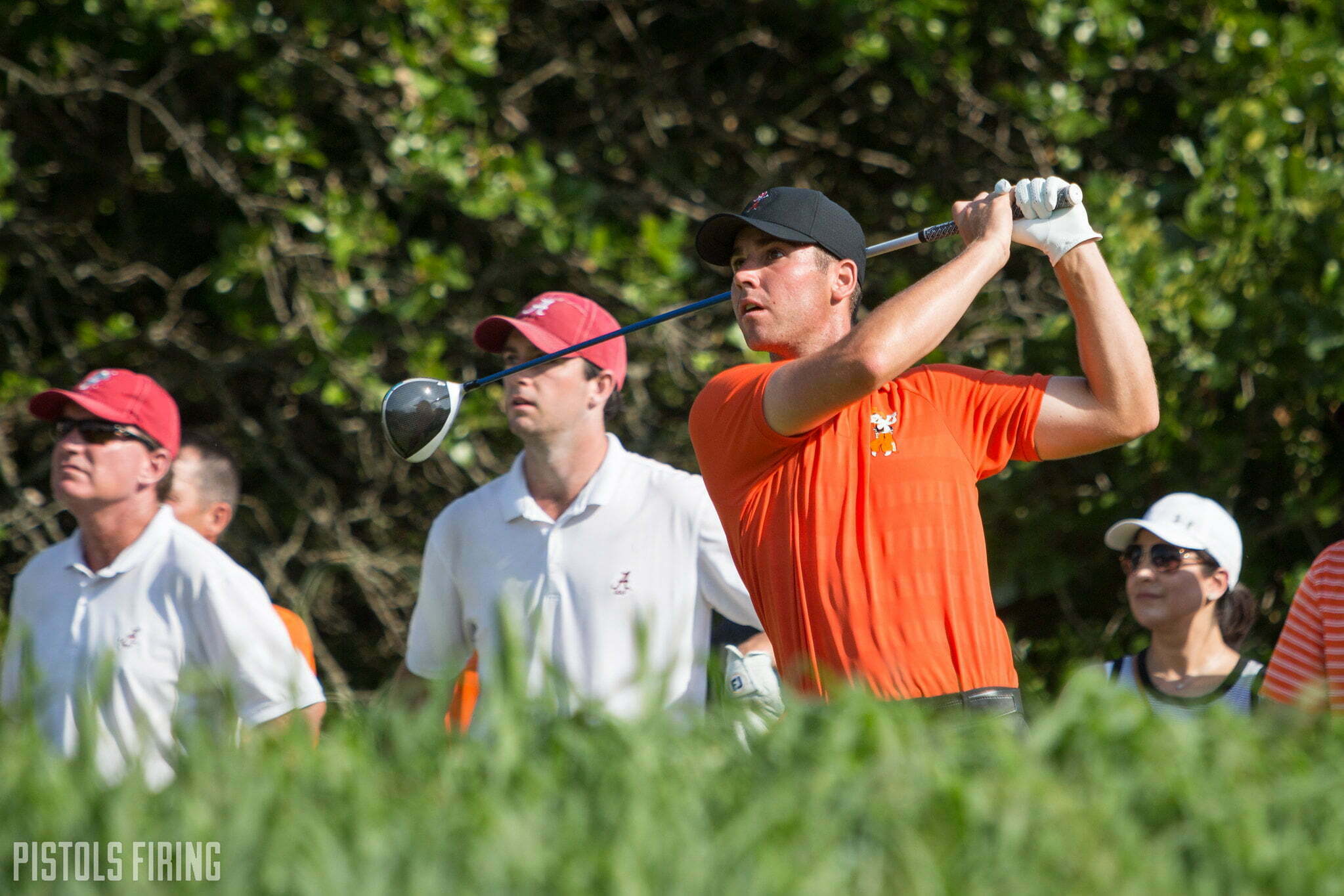 This summer we’re going to delve into some of the more fun (or lesser known) what-ifs in Oklahoma State history. This one might not be the most enjoyable to think about it, but it’s certainly one that has myriad implications.

Matthew Wolff, who will take his first swing as a professional on Thursday at the Travelers Championship and broke every meaningful two-year record in OSU history, almost played college golf somewhere other than Karsten Creek.

Of course, Wolff almost didn’t go to Oklahoma State. He had previously committed to USC, but withdrew his commitment last year.

“I was overwhelmed when I committed to USC,” Wolff said. “I wasn’t sure what my future in golf would be. I jumped on it and wanted to feel safe. But I realized – and nothing against USC; I have the utmost respect for their program – I just wanted to explore my options and see if there was a school out there that fit me better.” [Golfweek]

Interestingly — and I didn’t know this — Rickie Fowler was committed to UCLA before he ultimately chose Oklahoma State. Powder blue on Sundays just wouldn’t be the same. The parallels are obviously similar — as Sean Martin pointed out in this piece — with Fowler and Wolff being Cali kids. It doesn’t stop there.

“He had an exciting style of golf,” Bratton told Golf Channel. “When I was recruiting him, I had a plan to go watch other people, but I couldn’t stop watching Rickie. Matt had a similar trait. It’s fun to watch him play. He does things that other guys can’t do.”

All of this becomes a pretty fascinating thought exercise for a few reasons. The first is that OSU certainly would not have been the team it’s been over the last two years — with one title and one other semifinal appearance — without Wolff. Even if that recruiting spot had been filled, it would have been filled with somebody who was not as good as, well, the best college golfer in the country.

If it had not been filled, OSU likely would have had Hayden Wood in the five-spot last season and bumped everyone up one. This year it would have probably been Aman Gupta. This goes without saying probably, but that’s like replacing Kevin Durant with Alfonzo McKinnie. No offense to Gupta (or McKinnie).

The flip side of that is what happens to USC. One of the golfers Wolff held a presser with on Wednesday in Connecticut — Justin Suh of USC — would have had a Batman to his Robin, and the Trojans, who missed last year’s NCAAs and didn’t make match play this year, would have been a national force. It completely changes the trajectory of both schools and their programs.

Suh would have been a junior when Wolff got to school in fall 2017, but that duo would have been the west coast version of what Hovland and Wolff were in Stillwater. Suh won everything as a junior. His USC bio looks like the Pentateuchal scroll. Longer than Wolff’s driver. But those two would have been stout.

Lastly, while it’s not likely Wolff’s trajectory would have changed significantly — talent has a way of rising to the top for no reason — it’s not guaranteed that he would have been the same player he is today.

One source I talked to thinks he would have spent three years in school instead of two if he’d gone to USC. His development in Stillwater was three-fold. He got all golf all the time at Karsten, which is something he always wanted growing up. He moved halfway across the country from his high school life instead of going to school 38 miles from home. As anyone reading this knows, that forced move in college can speed up your maturation process. He also got to hit big shot after big shot in monster tournaments for two straight years. That’s so meaningful when your future is as a pro.

“It’s been a dream come true to turn professional,” said Wolff on Wednesday. “It’s something that I worked really hard on. I’m sure we all have. Going to Oklahoma State was the best decision of my life. I feel like I grew as a person and player.”

His words echo a lot of that sentiment, and now we get to see just how far his OSU (and not USC) development can take him. He tees off on Thursday at 12:40 on Thursday at the Travelers with Sepp Straka and Roberto Diaz.

“I feel like I wouldn’t have turned pro if I didn’t feel like I was ready to come out here and win. I feel like Tiger said that, too. There is no point of coming out here if you don’t feel like you can win. That’s the main goal. That’s my main goal: to win out here, win majors, become No. 1 player in the world.

“I feel like if another year of college would’ve benefited me I would’ve stayed. My time is up, and I’m ready to come out here and compete with the best.”