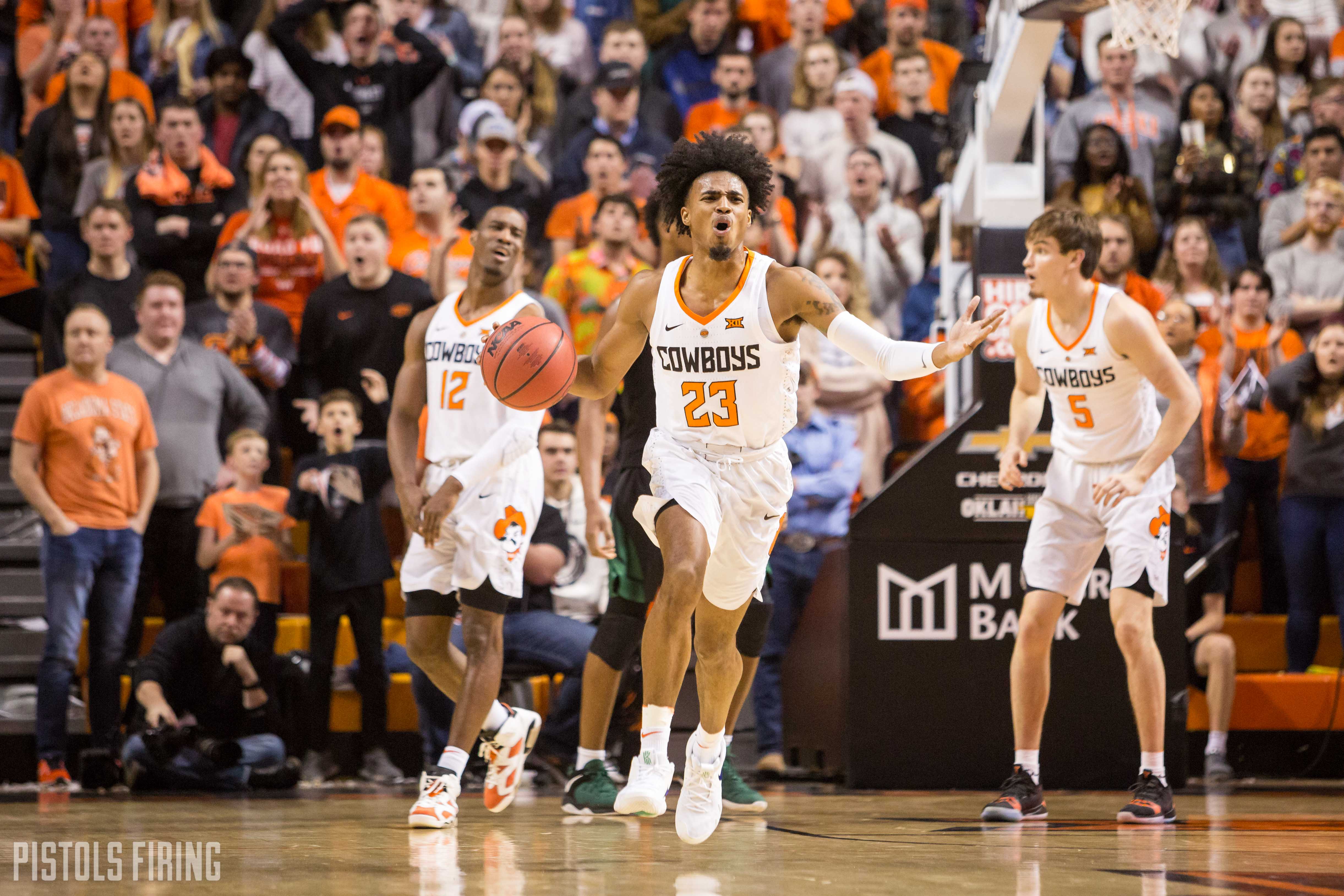 The Oklahoma State basketball roster is down to nine.

Michael Weathers, Maurice Calloo and Kentrevious Jones are the most recent players to be ousted, it was announced Wednesday. That adds to graduate transfer Mike Cunningham leaving the program on Jan. 8, and now the Cowboys don’t have enough people of its roster to practice five-on-five. Here are some looks at what the dismissals mean for the rest of OSU’s season.

Without Weathers and Cunningham, freshman starter Isaac Likekele is the Cowboys’ only true point guard.

In the frontcourt, where OSU was already thin, Cameron McGriff, Yor Anei, Duncan Demuth and Trey Reeves are the only players on OSU’s roster listed as forwards.

Lindy Waters will likely have to pick up some slack in both of those areas, and Waters is already averaging 33 minutes a game.

Waters’ versatility has been praised throughout his time at OSU, as he is able to play point guard to power forward. Likekele has averaged about 25 minutes a game to this point, a number that is almost certain to increase, but any time he is on the bench, Waters will probably be the go-to guy to bring the ball down the floor.

Likewise, McGriff, who also averages about 33 minutes a game, will have to slide to center anytime freshman starter Yor Anei needs a breather or is in foul trouble. With Duncan Demuth and Trey Reeves as the only other options, this means Waters will also have to be slotted to the front court more than he has been this season.

If Waters is ever to pick up an injury or get in foul trouble, 1) that would leave OSU with eight players (yikes). 2) OSU’s chances to win that basketball game drop immensely.

Yor Anei Will Have to Take Fewer Risks on Block Attempts

Yor Anei likes to throw opposing players’ shots in the third row. He has 33 blocks this season, but a side effect to that is Anei’s team-high 57 personal fouls.

Anei is averaging a personal foul every 5.5 minutes, and as a result of foul trouble, Anei has played 20 or more minutes in only four games this season, despite having started 14 of them.

With OSU only having four players on its bench and no one else on the team being taller than 6-foot-8, the Cowboys need Anei on the floor for as long as possible, so the highlight swats might have to be put on hold until next season.

This iteration of the OSU basketball team is at its best when it is running up and down the floor and getting shots up early in the shot clock.

With dwindling depth, it’ll be interesting to see if the Cowboys play at a slower tempo. If that is the case, the Cowboys’ halfcourt offense has stagnated at times throughout the year, including in the second half of their game against Baylor, where OSU went 7 minutes and 31 seconds without a field goal.

But is keeping a quick tempo worth it if the Mike Boynton has to sub in inexperienced players in to get his starters a breather? We’ll have to wait and see.