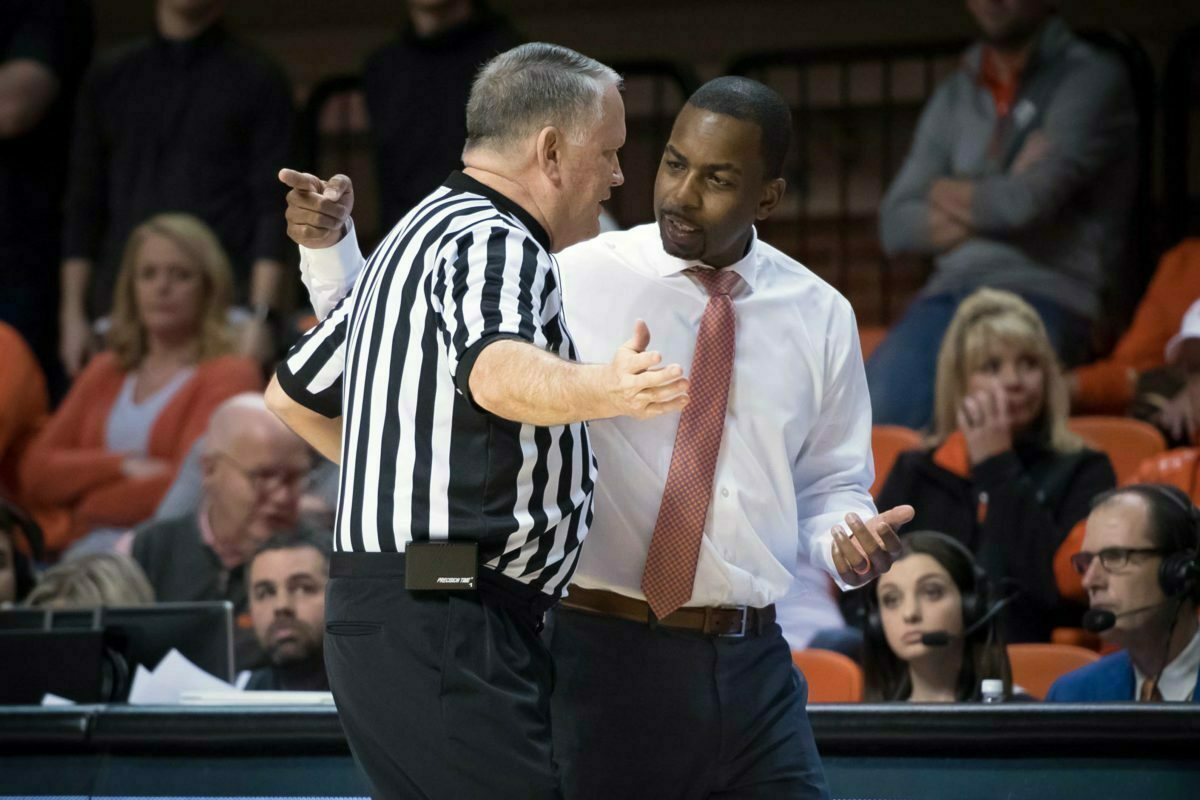 While we still don’t know for sure where Oklahoma State will play it’s post-Big 12 tournament basketball, the most likely destination at this point is the NIT. That makes Monday’s news incredibly relevant for the Cowboys.

The NCAA announced that this year’s NIT tournament would feature four “experimental rules.”

​• The three-point line will be extended by approximately 1 foot 8 inches to the same distance used by FIBA for international competition (22 feet 1.75 inches).

​• The free throw lane will be widened from 12 feet to 16 feet, consistent with the width used by the NBA.

• The games will be divided into four 10-minute quarters as opposed to two 20-minute halves. Teams will shoot two free throws beginning with the fifth foul of each quarter.

• The shot clock will reset to 20 seconds after an offensive rebound instead of the full 30 seconds.

The NCAA is using this as an opportunity to see what kind of impact these rule changes might have on the game.

“Experimenting with two significant court dimension rules, a shot-clock reset rule and a game-format rule all have some level of support in the membership, so the NIT will provide the opportunity to gather invaluable data and measure the experience of the participants,” said Dan Gavitt, NCAA senior vice president of basketball.

While it’s unfortunate for teams in the NIT, I do like that the NCAA is at least trying to make the game as good as possible, and using the postseason tournament that, in the long run, doesn’t really matter, is a smart move. If nothing else, I’ll be interested to watch just for the uniqueness of it.

This isn’t the first time the NIT has tested rules. It’s previously tried out the restricted area underneath the basket and the 30-second shot clock, which are now mainstays of college basketball.

So let’s break these rule changes down one at a time.

First, the extended 3-point line. For a team that doesn’t shoot well from beyond the arc — like the Cowboys — this probably isn’t good news. The Cowboys’ 3-point percentage as of today is 34.5 percent. Obviously, extending the line by nearly two feet is only going to hurt that.

As for the free throw lane, the reasoning behind this is to see if it will reduce physicality and create more opportunities for driving to the basket. This could benefit players like Kendall Smith and Mitchell Solomon on the offensive side of the ball, and maybe, reduce the number of fouls called on the other end.

Switching from two halves to four quarters is going to make it harder for teams to get into the bonus. And if they do, it won’t last nearly as long as it does now. It will also be interesting to see how it affects a team’s rhythm. I would say the 10 minute marks of halves is often when OSU’s scoring droughts occur. Could a break there help their lack of depth catch their breath and come back with a little more lift in their legs?

Finally, the shot clock reset. More often than not, OSU is quick to get up another shot after an offensive rebound, usually by whomever grabbed it. I’m not sure it will have a major impact, though it is something players — and coaches — will have to be cognoscent of.

Hopefully, none of this will matter and Oklahoma State will somehow find a way to get into the NCAA tournament. However, if the inevitable happens and OSU is playing another home game in a couple of weeks, it will certainly be interesting to see how they handle these new rules, and if they benefit from them.