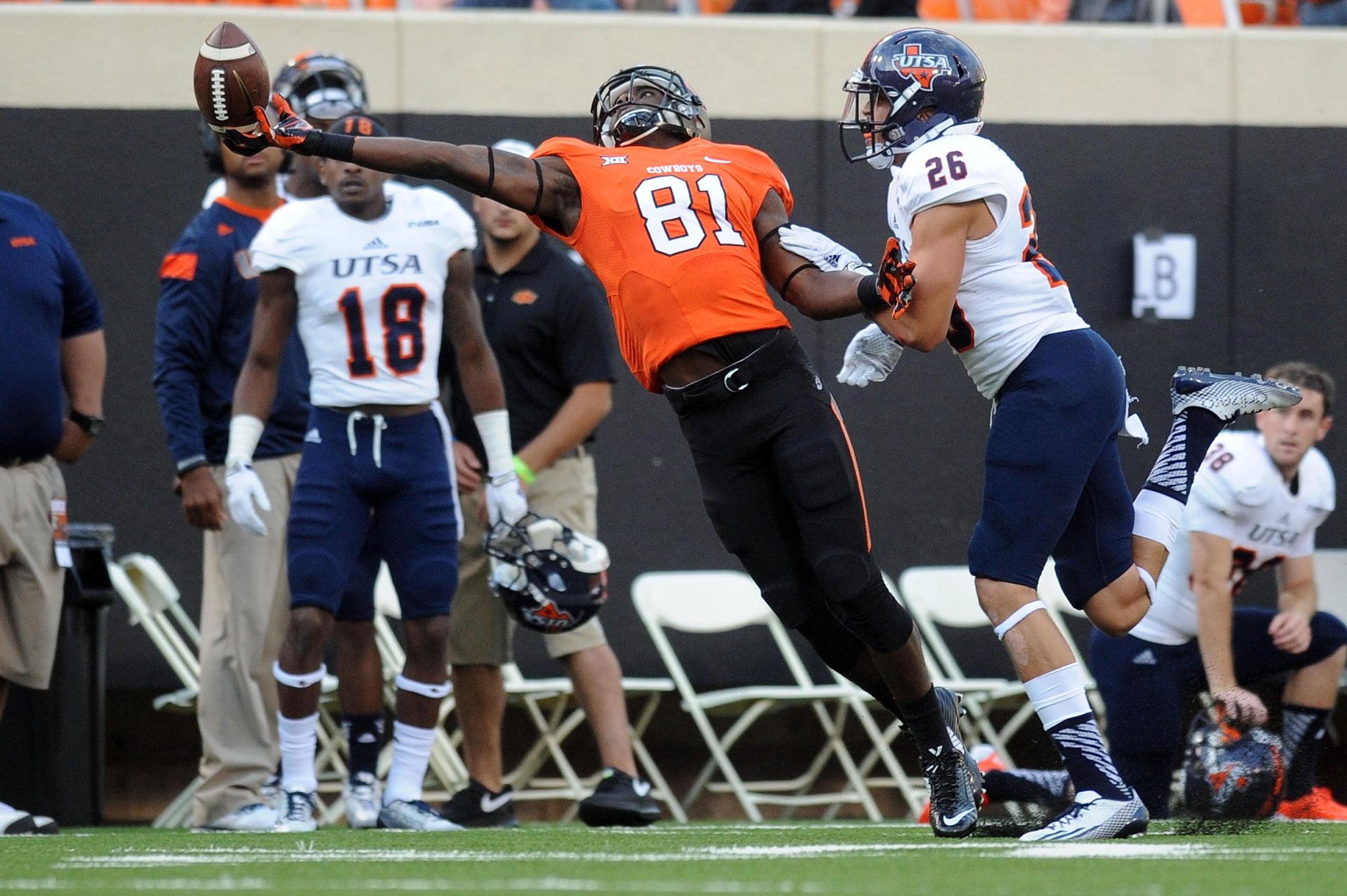 Yesterday I looked at just how much our expectations on this season have changed which I thought was pretty interesting (though mine haven’t).

But what about what we’ve learned over the last three games that we didn’t know in August — the things that made a lot of you raise your level of how many games OSU would win by a game or more.

Here’s a roundup of stuff we know now that we really didn’t 21 days ago.

1. The defense has taken the baton from the offense as the linchpin

As much as I’ve loved the high-octane-ness of the — and trust me, my giddiness over scoring points alone could get me to the third round of Bachelorette tryouts — the script has officially flipped.

It’s defense, rather than offense, that OSU should be known for (if we can just not let those silly statistical biases get in the way!)

I’m with Chelf on this one, I wasn’t buying it. In retrospect I should have given the fact that Gundy likes to hype players about as much as Travis Ford likes to downplay opponents but I didn’t.

He can go though — oh boy, can he go — and now it’s up to the offensive powers that be to let him go.

Speaking of letting Tyreek go — you should read this terrific piece by Ian Boyd on SB Nation today about the empowerment brought to an offense by a running back who can catch passes in space and run like he runs.

3. This program is sometimes choppy but never wayward

The slop has been abundant in the first three games and you’d probably be surprised if it wasn’t given the number of freshmen and sophomores that are playing.

But if they can hold on for these first few conference games I think they can start cruising like they did at the end of 2012. They’ll need to cruise at about 5th gear given the November schedule but I think this season might prove once and for all that OSU is no longer a school that has rebuilding years.

He makes good, if not deliberate (and deep, very deep), decisions and in a first real outing from somebody with a monster on his right shoulder, that’s the best thing you can see.

Gun to your head, have the safeties or the linebackers been the “worst” part of OSU’s defense?

I think we can agree that the corners and line have been the best (and will be the best) but I’ve been encouraged by what Josh Furman and Seth Jacobs have brought to the table.

They certainly aren’t Caleb Lavey and Shaun Lewis but as a pair of complements to Ryan Simmons I think they’ll work in the Big 12.