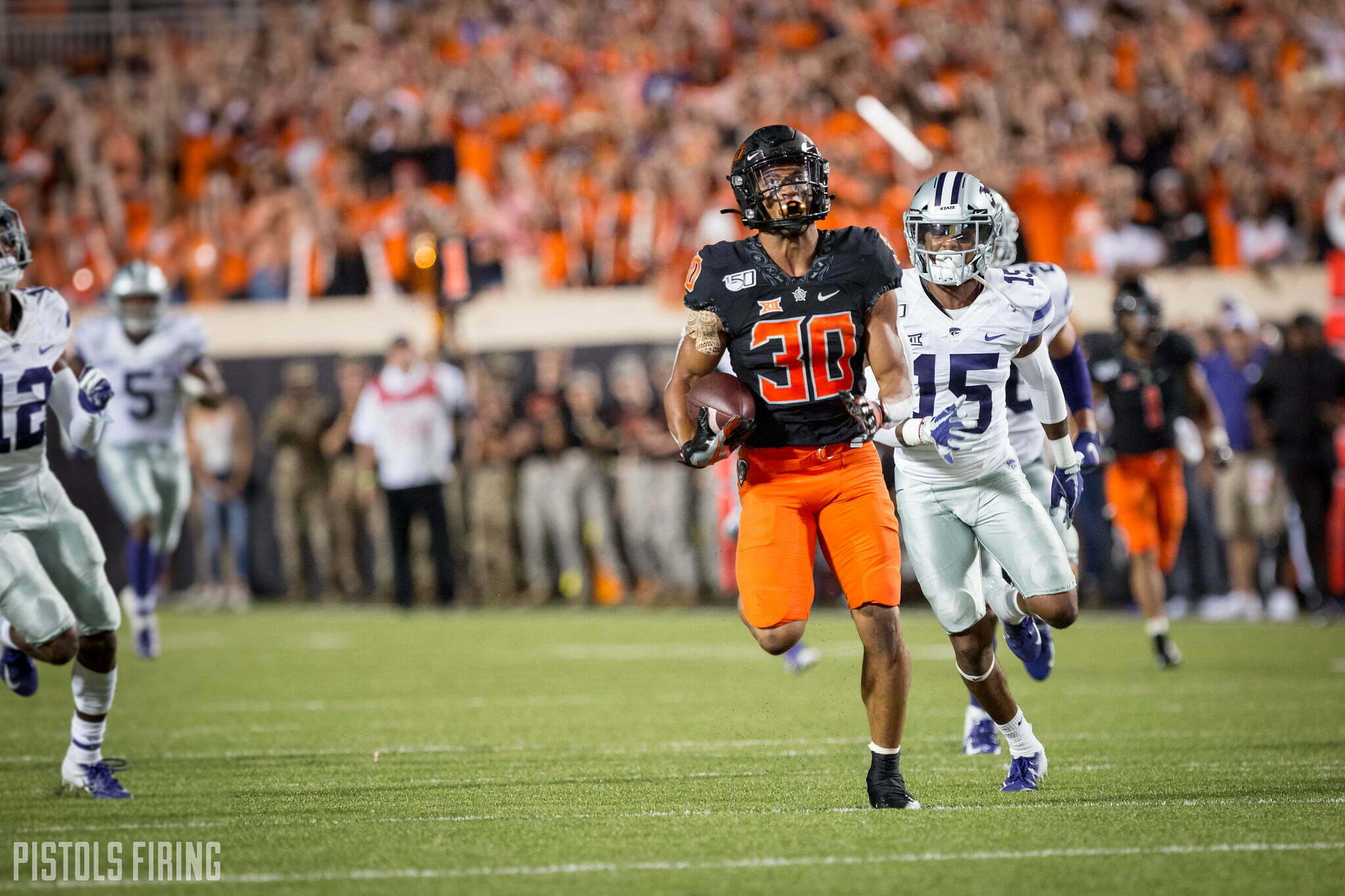 That got me thinking — Is that accrut? So, I opened up a spreadsheet to try to find out. Dave listed the 10 running backs who have led a season in rushing under Gundy. For my research, I also included Jeremy Smith. To start, let’s look at the career numbers for these 11 guys (sorted by rushing yards).

All semi-standard stats, aside from the touchdowns per carry. I wanted to add that as another stat that had less to do with longevity and more to do with production. For example, yes, Hunter had more touchdowns than Keith Toston, but Hunter also had 235 more carries than Toston did. The touchdowns per carry stat also shows some love to guys who might’ve been used more as a goal-line back in a two-headed backfield.

So from here, I awarded points based off the following stat categories: yards, touchdowns, yards per carry, touchdowns per carry. Hunter had the most yards, so he got 11 points. Justice Hill got 10 points. Chuba Hubbard got 9 points — you get it. If two players tied in a category, they split the point they tied over (i.e. Toston and Desmond Roland each got 5.5 points in the touchdown category).

Here are those results:

This foolproof scientific experiment agrees with the OSU faithful that Hunter is, in fact, the best running back of the Gundy era. But it was close. Randle put up a good fight with his 40 rushing touchdowns and .071 touchdowns per carry.

I think the top of this list could be argued pretty solidly, but the science might not check out as much as you go down. Call it recency bias if you want, but I’m taking Jaylen Warren over a lot of those guys in the bottom half of the list.

This also — obviously — doesn’t take into account the offensive lines these guys were running behind or how much of a passing game each team had to compliment the running backs. I also didn’t include the running backs’ receiving stats. There is no perfect way to find this question out.

The Top 5 from Dave’s survey were:

Again, the survey didn’t include Smith, so that throws a kink into things. However, that’s a solid list that I’m not going to argue too hard, but you could also argue that OSU fans might be undervaluing Randle (somehow) and Toston.