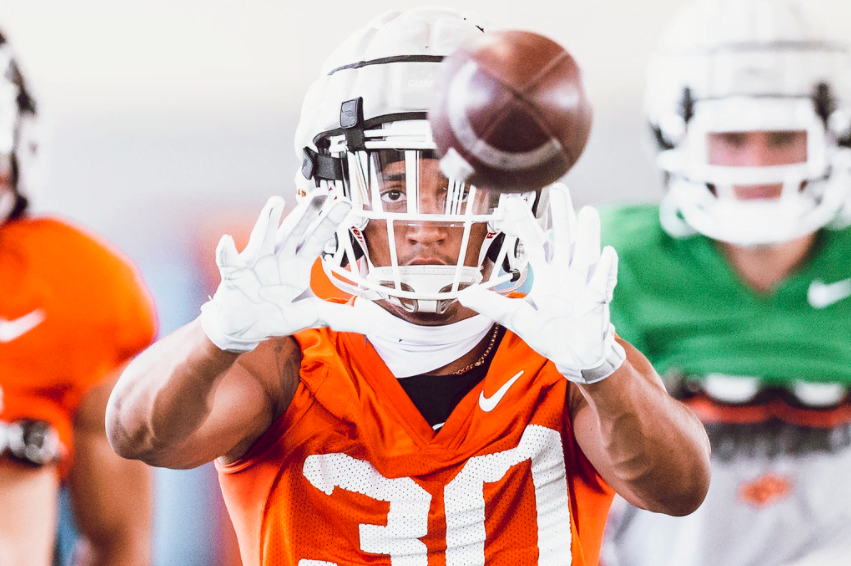 I was emailing with OKC Dave last week as he prepared his annual Oklahoma State survey, and I felt like I needed to confess something to him (and to everyone here): I can’t get myself amped up for the 2020 college football season.

Normally at this time of the year I’m neck-deep in offensive line minutia, non-conference opponent beat writer accounts and Spencer Sanders spreadsheets, but for some reason this time around I feel incredibly ambivalent about the entire thing.

Maybe I’m alone in that, maybe you don’t feel the same, but I suspect some of you are in the same boat. It’s an unfortunate boat to be in, too! As I time-travel in my mind back 17 years ago to the beginning of January, I think about how excited I was about covering OSU sports in 2020, how excited I was for PFB and what this year was going to look like.

Between Chuba returning, Cade arriving, O’Brate opening and a handful of seasons that had a chance to be truly special, I might not have entered any year since we started this website with more excitement about the future. Eight months later, it feels like my being has been stripped of all emotion and I’m incapable of feeling anything or thinking about anything outside of the dull throb of a virus that is ravaging the world.

Maybe that changes the first time Chuba breaks off a big run or the first time I see Tylan go over the middle. Maybe when OSU beats Tulsa 52-7, the aura of the season crystallizes and my attitude and demeanor toward all of it flips. It’s not that I’m not excited to watch OSU play football (and basketball). I am. It’s just that it seems a lot less important and a lot more superfluous than it did eight months ago.

Normally I would consider this a good thing. Sports should be a lot less important than they are in most of our lives. But the reason they are less important now than they were on January 1 is not a good one. Replacing the time you spend following college football with time spent alongside your family or community or working on something very meaningful is a good thing. Replacing it with time spent researching statistical data points about how likely this thing that has killed 170,000 Americans will last into 2021 and beyond is an overwhelming, soul-sucking thing.

To be clear, I do hope Big 12 football is played. I desperately hope that. For the lifeblood of this company, the good of the community that has gathered around it and because I think you can probably do so in a responsible, safe way that takes into account myriad viewpoints and stances. I think everyone hopes that. So what I am feeling is not some sort of “the media loves the virus and hates football” offshoot.

No, what I am feeling is probably the byproduct of a six-month stretch that has stripped us of some of our humanity, some of our empathy, some of what makes us us. It has been mostly miserable and often defeating, and it just doesn’t feel like OSU going 10-2 in a pandemic-shortened season is going to solve any of that.

College sports (and this very website) are so often a celebration of life within a thriving, vibrant country. And while I do think there will be blips of joy within the season (if it happens) and throughout the rest of the year, maybe the very thing I’m lamenting as the preseason winds down and OSU’s first game is just a few weeks away is that these blips will also be a reminder that everything has changed and nobody knows if or when it will ever be the same again.