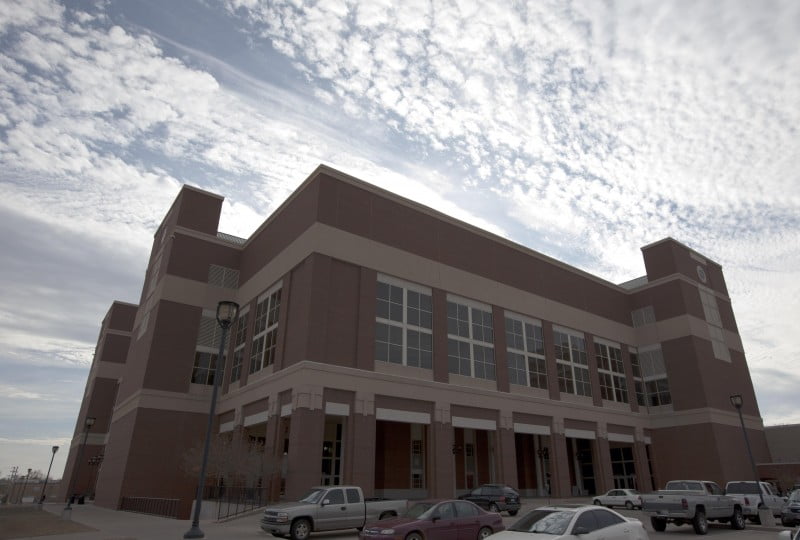 For most of the second half of last night’s TCU game I engaged in a discourse on Twitter about what’s wrong with the attendance in GIA.

That horse has been beaten to death, buried, dug up, beaten some more, cremated, and thrown in the ocean — but I ultimately think the issue comes down to two things: cost of tickets and production of team.

Okstate.com tells me two tickets for my wife and I to the Tech game next Saturday are $47. I could buy three books on Amazon and go to a movie for that price so, yeah, that’s not happening. Heck, I could probably drive to OKC, go to the Thunder game, and get 18 in with Weeden for that price.

And I’m about as big an Oklahoma State fan as there is. Granted, not a rich one, but still.

Is winning part of it? Sure, but we could have the Fab Five and be 15-0 and I still wouldn’t be able to afford $47 to go watch a game with my wife, I just wouldn’t. It’s not a desire thing, it’s a staying out of debt thing.

Maybe there are thousands of people in the Oklahoma State basketball ticket target market who can afford it, but I’d say that’s questionable at best.

So if you’re the athletic department, why not just drop tickets in the 300 level to $5 for the rest of the season and give fans a reason to come watch one of the best (if not the best) players in the country, and a top 20 team to boot!

It’s not the fans’ fault OSU bit off more than it could chew at the end of the 90s and now can’t fill up the arena. If there’s one thing I could change about OSU, one mistake (and they haven’t made many) I could amend (other than the Bobby Reid era), it would be to go back and shrink GIA.

Truly make it the Cameron Indoor of the midwest. You can make it shiny and nice for recruits and all that jazz, but leave it at 6,381 capacity. Make it mean something to say you were in GIA when OSU knocked off KU or took Texas to the brink.

We got greedy and now we have a big problem on our hands.

But OSU isn’t all to blame. There are plenty of seats that were bought, paid for, and empty last night against TCU (looking at you, 200-section ticket holders). As an OSU fan whose pops used to drive him 70 miles from Tulsa as a kid just to be in the place, that’s embarrassing.

And this is the part where we’re no better than OU. I’m not sure if you’re understanding this correctly, but our basketball team is LEGIT this year. I know it’s been down and we haven’t danced in a while but right now we are no different than the OU fans we’ve made fun of for the last 20 years for filling up their football stadium and ignoring their basketball program.

We have a legitimate player of the year candidate (national, not conference) and the best dunker in the country. And for those of you who opine for the days of short shorts, no shot clock, and sweet strokes — we have that too, his name is Phil.

I just don’t know if it’s going to get any better than this under Travis Ford. And if you argue that it takes multiple years of consistent winning, fine, but you’ll have missed out on one of the best players to ever come through the program if you wait that long.

If this is who we want to be as a school (love football, ignore hoops), that’s fine, I think it’s a joke, but if you’re fine with it then who am I to argue?

Most of the time though I feel like half of you want our hoops program to suck just so you have something to whine about between now and the Mississippi State game and the other half of you are so into Laquon Treadwell’s Twitter timeline you don’t even know what month it is.

Like I said, if that’s who we want to be, then fine, but I do know this to be true…

I'll never understand what's better to do on a Wednesday night in January in the state of Oklahoma than a game at GIA.

…and we need to find out a way to meet in the middle (university and fans) and make it happen again, because a rocking GIA on a Wednesday night in February is like no other place in the country.