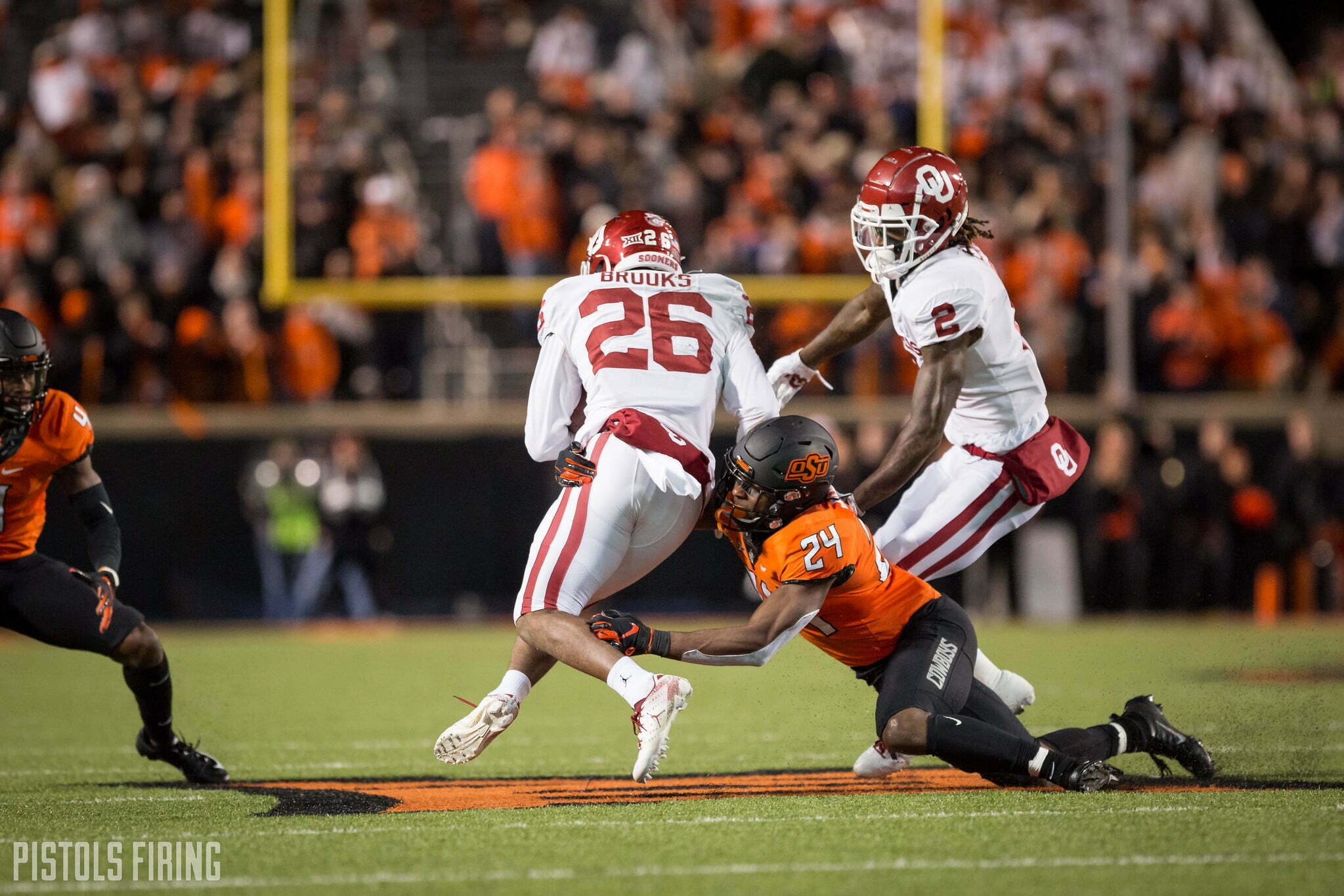 The Baylor Bears moved to 7-2 in conference play on Saturday with a 27-24 Senior Day win over Texas Tech. It took the first miss of the season by Texas Tech kicker Jonathan Garibay. Yes, the same one who hit the walk-off 62-yarder against Iowa State.

But more than just sending off their veterans in style, the victory kept the Bears’ Big 12 title hopes alive. Now Baylor fans are trading in their Sic ‘Em’s for Pistols Firing.

With a loss in Stillwater, the Sooners would fall to 7-2 in league play and — by way of their head-to-head loss to the Bears — would be left on the outside looking into a Big 12 title game for the first time since it was reinstituted in 2017. The Sooners lead all Big 12 teams, past and present, having appeared in 12 of the conference’s 19 title games and winning 11. The Cowboys punched their ticket to Arlington with the shutout win over the Red Raiders last week.

The result adds more weight to a huge game and further underlines why this will be a Bedlam like none other. OSU is not just trying to beat its rival for in-state bragging rights for the next year, a Cowboy win would avoid a second game against Oklahoma next week, in what might be the final Bedlam played in Stillwater. It would also send the Sooners home early, knocking them out of the title game.

You get to not only DamianLillardBye.GIF your bitter rival, the potential for closing what’s been a one-sided rivalry with a W at home would make for a special memory for players and fans alike.

Spencer Sanders was asked about that prospect earlier this week.

“Yeah, just I can already feel it,” said Sanders. “If we win, then they’re going to bring up history, stats and all that, but, honestly, I’m just going to smile. You know, we won, so like it’s not going to bother me. It’s like leaving somebody like leaving a bad taste in somebody’s mouth when they’re leaving, you know, it’s like you’re going to have to deal with that.

Normally, a Bedlam loss — especially in a season finale — leaves a bad taste in the mouth of Cowboys for an entire offseason. But if the Cowboys were to fall under their home lights, they’d still get another crack at OU next weekend in Arlington. Their hopes of a Final Four berth would be gone, but there’s still a conference championship to play for. Again, this is a Bedlam unlike any other.