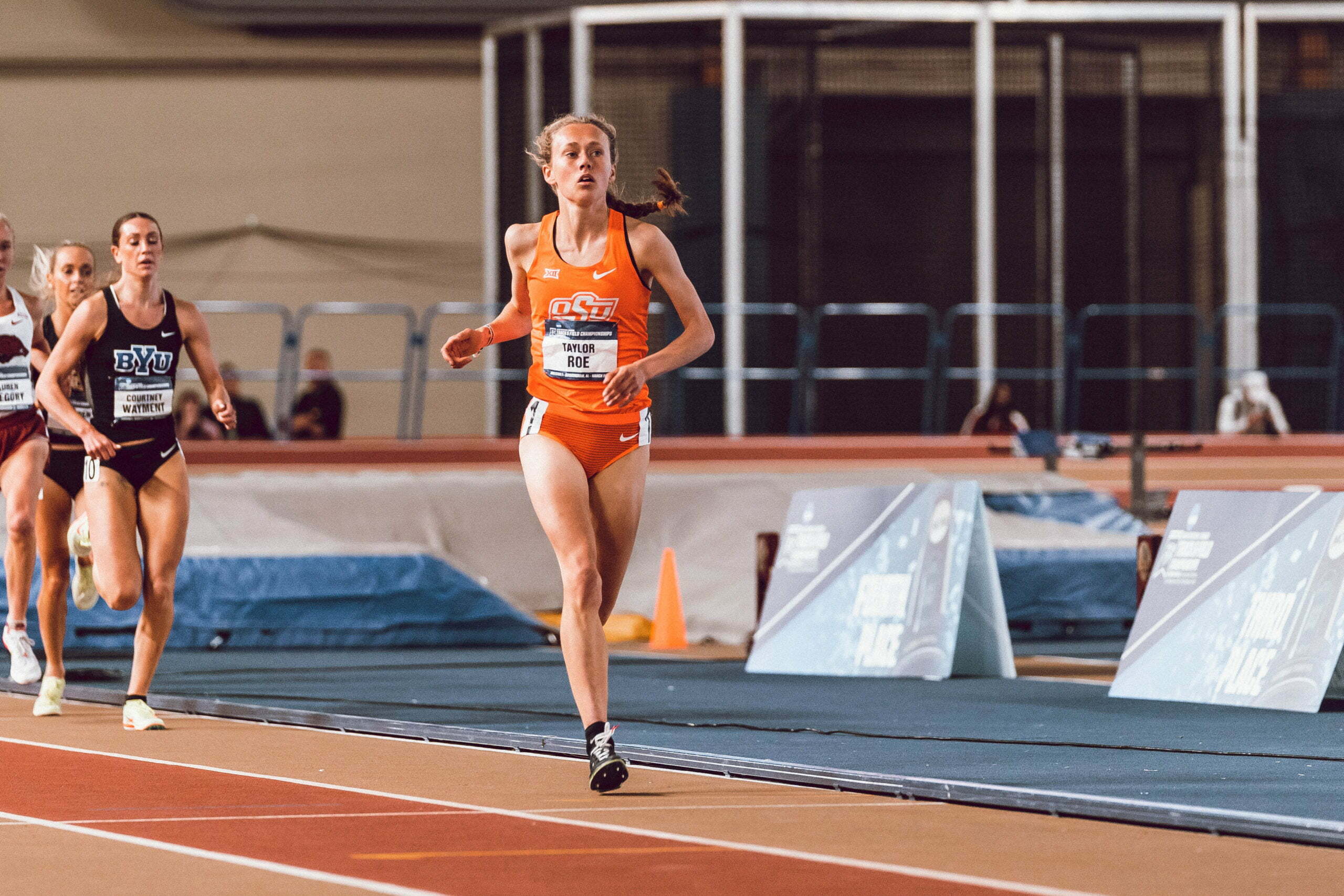 STILLWATER — When Taylor Roe outlasted a field of runners at the NCAA Championships on March 12, she became the fifth Cowgirl in program history to win an indoor national title.

Roe was the first of the 16 runners in the 3,000M final to bolt out from the pack, and the lead she got out to was enough to hold off NC State’s Katelyn Tuohy and Arkansas’ Lauren Gregory. As impressive as the strategy to jump away from the pack and hold on was, perhaps the most impressive part of Roe’s run was that she had to train for the March event in Stillwater, Oklahoma — without the luxury of having an indoor track to run at.

An indoor track is a part of OSU’s “facilities master plan” athletic director Chad Weiberg referenced when he took over the reigns from Mike Holder this past summer. The plan also includes a wrestling facility and a new softball stadium, something softball coach Kenny Gajewski referenced again not too long ago.

Although to indoor track is on the plan, Smith said it’s been talked about since he was hired as an assistant at OSU in 2002. But these things cost money.

“I think we’re working hard to get there,” Smith said. “I think, you know, as soon as we get the money, we’ll do it. But, how long does that take? We’ve been talking about an indoor track since I got here 20 years ago. That’s something that I think the administration Chad Weiberg and Kevin Klintworth and Brandon Meyer and all those guys are working really hard to get done. We’re hopeful that’ll come sooner rather than later.”

Not every school has an indoor facility for track, but a lot in the area do. Down the road from Stillwater, Oklahoma boasts the Mosier Indoor Facility. A three-hour drive east, and Arkansas has the Randal Tyson Track Center. North of Stillwater, Kansas has the Anschutz Pavilion and Kansas State has Ahearn Field House.

Oklahoma State does have an outdoor track. The originally named Oklahoma State Track & Field Complex, sits just east of the new O’Brate Stadium. It was opened in 2013 and cost about $9 million. It’s a solid outdoor track, but when Oklahoma weather is predictably unpredictable, the Cowboys and Cowgirls have to get creative in training.

“We’re kind of ‘Rocky IV,'” Smith said. “We’re kind of carrying logs up the hill and running through the snow and doing sit-ups in the attic of a barn, and that’s kind of the way we have to do it. There’s a certain beauty to that and kids who are drawn to that kind of nose-to-the-grindstone-type attitude. That’s who we do well with.”

That Rocky mindset has gotten Smith’s teams far. Among men’s and women’s cross country, indoor track and outdoor track, Smith’s squads have won 14 Big 12 titles since he was named an OSU head coach in 2006. He has had double-digit conference Coach of the Year awards, and more than 150 OSU athletes have been named All-Americans since he came to Stillwater as an assistant in 2002. The men’s cross country teams also won national championships in 2009, 2010 and 2012.

Aside from the obvious training benefits an indoor facility would provide, it would also help in recruiting.

Smith said he thinks OSU loses some recruits because of facilities. He said he sometimes also has to “re-recruit” athletes already on his roster when some come to him looking to transfer somewhere with an indoor track.

“We haven’t hosted a home meet here in 30 years,” Smith said. “So when we recruit kids and say, ‘Come here, but you’re never gonna get to run home.’ Well, that’s tough. We don’t have an indoor facility of any kind. And it used to be 30 years ago, it wasn’t a big deal because not many did, but now most do. So we’re telling kids, ‘Hey, come here and be on the track team, but there’s gonna be certain months or weeks of the year when we don’t get to practice because there’s just no place to go that’s warm and safe.’ We have to overcome those things. I always say we have to find the right kind of kid. The kid that, like Taylor Roe, who’s kind of a blue collar, doesn’t need all the bells and whistles, just wants to come in and work hard.”