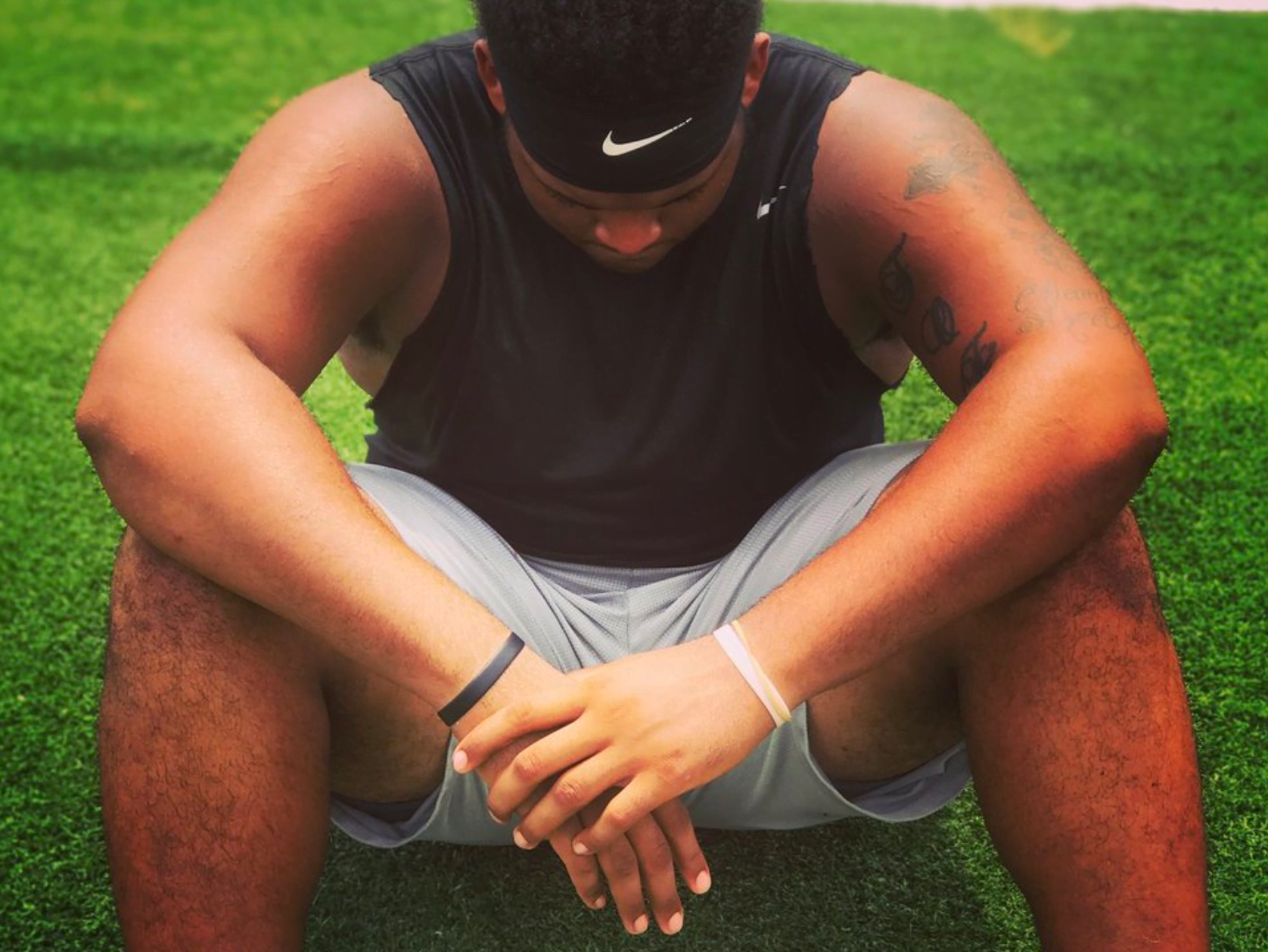 Tayland Humphrey is one of the top-ranked junior college prospects in the country. With close to 30 scholarship offers, the four-star defensive tackle has plenty of schools vying for his services—OSU included. His younger brother John Bolding is a high school offensive lineman who also has his share of offers.

But Humphrey’s recruitment, and the recruitment of his younger brother Bolding, are two entirely different processes. And that’s what makes OSU a legitimate contender to land them both in the 2018 cycle.

“They told me I had my own scholarship,” the younger Bolding said an interview with Pistols Firing on Thursday. “They said they were recruiting me as an offensive lineman. He [Josh Henson] was like, ‘You can redshirt if you want. Every freshmen has that option.’ He explained to me that I had my own scholarship and it wasn’t because of my brother. It was because of me.”

Because of Humphrey’s notoriety nationally in recruiting circles, Bolding—a late riser in the class of 2018—can be seen as an afterthought. But the 2018 offensive lineman from Klein Oak High School has the talent that deserves to be taken seriously. OSU is doing exactly that. And it’s why OSU is at the top of his board right now. The Sauce brothers on an unofficial visit recently.

“It made me feel better,” Bolding said about OSU’s approach to recruit him separately from his brother, “because I honestly don’t know if a college is going to offer me because of me and my talents or because of my brother, you know, because my brother is like one of the top junior colleges players in the nation. When they told me they were recruiting me for me, it meant a lot more to me.”

Bolding is a 6-foot-3, 300-pound offensive guard with offers from FIU, Stephen F. Austin, Prairie View A&M and McNeese State. But with OSU in the mix, it makes them an instant contender because it meets Humphrey’s stipulation about his recruitment moving forward.

“Him and I are going to decide together,” said Bolding. “Most likely … we are going to play together. He told me that he will not take an official visit unless they offer me too. And we’re sticking to that.”

With OSU in Bolding’s top 2 as it stands now, the Pokes have a chance to snag not only him — but also his brother, who could fill a huge void in the 2018 class. But don’t call it a package deal. They may be brothers, but they are their own separate entities on the recruiting trail. Even if they end up committing to the same school down the line.

“Right now I’m just focused on finding the school that offers me the best education,” Bolding said, emphasizing that early playing time and a chance to contribute isn’t his only priority.  “You can’t always depend on football. I want to go somewhere to be pushed to my full potential, I want to be challenged not only as a football player, but as a man and as a student.”