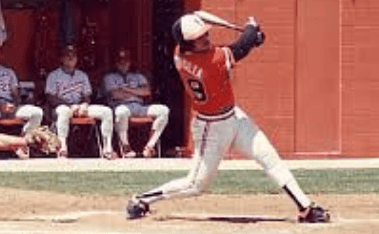 We’re just one day away from the start of the OSU baseball season! So far I’ve previewed the 2015 schedule, broke down this year’s roster, and updated the list of former OSU guys in the pros.

Today I’m going to look at the record book and see how likely some of these records can be broken, and who will be breaking them.

Despite names like Robin Ventura and Pete Incaviglia on almost every page of OSU records1, there are a few guys on this 2015 team who can write their names into the annals of Cowboy lore.

Sacrifice Hits In A Season
How likely: Very Likely

Donnie Walton has set this record every year he’s been on campus, with 18 sacrifice hits in 2013 and 22 last season. Having a guy who can consistently execute a perfect bunt is huge in Holliday’s offense, and I don’t see a reason that should slow down this year.

Walton already has the career record for sacrifice hits – how far out of reach can he put it?

Games In A Season
How likely: Coin Flip

A lot of things have to go right for this one to fall. Inky played 75 games in both 1984 and 1985. For that to be beaten, OSU would have to make a very competitive showing in Omaha.

If the Cowboys manage to play that many games, there are two players who could set the record: Donnie Walton and Tim Arakawa. They are the only guys to play in all 66 games last season.

If they continue to stay healthy, and if OSU makes it to Omaha, they just might break this 30-year-old record.

Triples In A Season
How likely: Unlikely

Dustin Williams hit four of them last year – the most for any Cowboy since 2011 – and all of those came before March 6. He only got 102 at-bats last season, and should double that this year.

At that rate, he’d be pretty close to the record of nine, set by Benji de la Rosa in 1982. It’s possible, but it would require a special season from Williams for that record to be replaced.

ERA In A Season
How likely: Might take a miracle

This is likely one of those untouchable records, but if anyone were to break it this season, it would be Blake Battenfield. The sophomore had a 24-inning scoreless streak last season and finished with a 1.69 ERA in 53.1 innings.

I’d expect him to be used more often this season, and if he finds a groove like he did last year, he might threaten that record3.

Tomorrow is Opening Day! Come back to Pistols Firing and I’ll have a social media guide – so you can keep up with the team all season long – and also my somewhat educated predictions for the 2015 season.

2. I believe you need one inning for every game your team plays. McCurry pitched 47.1 innings but OSU played 66 games.↩

3. There’s a lot of math here, but if Battenfield throws around 80 innings and allows 11 or fewer runs this season, he would become OSU’s career ERA leader.↩