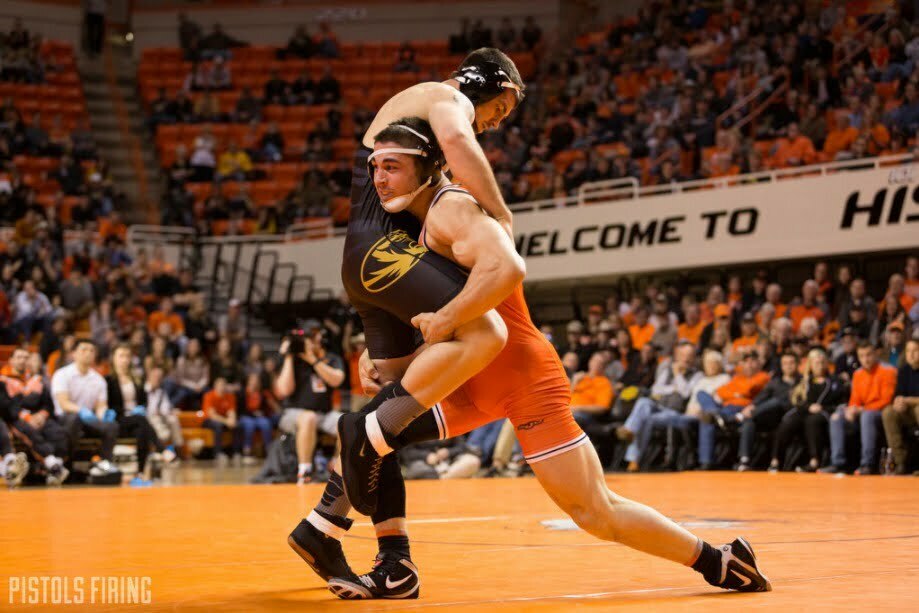 We’ve taken a look at where Cowboy wrestling is with their facilities and improvements being made there, where they are financially, and where they sit with attendance comparative to other programs.

Now we’re going to look at one other piece of the wrestling “arms race,” Regional Training Centers. USA Wrestling gives the criteria required to be a RTC here. Flo goes into a pretty detailed description of how university-connected RTCs work and I’ve posted a video on it below.

What Zeke Jones says in the video describes these pretty well. Essentially, the Regional Training Centers aren’t directly tied to the university payroll. They have senior-level athletes and a coach that is separate from the university. They are paid by the RTC. In a way these are about as close as wrestling gets to professional teams. It’s not exactly the same, but in theory you could make this comparison with wrestling to football. USA Wrestling is like the NFL, RTCs are like the football teams.

On many levels OSU seems a little behind the eight ball in the RTC department compared to other programs. For a while the Cowboy Wrestling Club was the RTC associated with Oklahoma State. I don’t know the full story on how it dissolved and why the Cowboy RTC replaced it, but they haven’t filed a tax return since 2011. There is still a youth wrestling club in Stillwater with the name “Cowboy Wrestling Club,” and wrestlers on the OSU staff help coach them, but it’s not the Oklahoma State RTC.

Last August the Cowboy RTC popped up on social media, but they aren’t very active with the account and there really isn’t a ton of additional information out there on them. No website, etc… Derek Fix, Daton Fix’ dad, lists on his Twitter he is the coach for the RTC, and naturally any current Oklahoma State wrestlers are associated with the RTC (i.e. if Daton Fix wrestles in a freestyle tournament he’ll be there as a part of the Cowboy RTC). Otherwise it is pretty difficult to get much info on them. No listing of senior level athletes and no website.

The Cowboy RTC naturally has the selling point of being associated with the best international wrestler the U.S. has ever seen in John Smith. Even current high school wrestlers know the success he’s had with Olympians like Jamil Kelly, Daniel Cormier, Coleman Scott and Steve Mocco. For a long time this was “the selling point” in recruiting for OSU in many ways, as John really is the best in the business in that department.

As a whole, the formation of RTCs seems to have been great for USA Wrestling. They won Jr. and Sr. World titles last year for the first time in a long time, but to some extent OSU has lost the allure of being “the school” when it comes to putting out Olympians as some of the other top programs have established well funded and very successful RTCs.

Some of Cowboy wrestling lagging behind here falls on OSU. Not having a website, not marketing themselves via social media and not doing clear fundraising campaigns are things that are pretty directly on the wrestling program and something they can and should fix. But even with that said there are some advantages that some of these other programs have with theirs that are pretty tough to overcome.

Flo dug into the finances of regional training centers, and Penn State has an incredible amount of money in theirs. When the Cowboy Wrestling Club had available tax returns they were receiving contributions of around $127,500-$190,000 a year. Penn State in 2015 had $5.7 million in assets in their account! Almost eight times the second most well funded RTC, which is Iowa.

Iowa coach Tom Brands says some interesting things here about recruiting. One line of thinking (shared by a lot of Iowa fans) is that in the “portfolio” Brands is referring to, a big selling point for Penn State in recruiting is that they have the funds in their RTC to support them in a senior-level career. No one else really has that.

There is no way to know if that’s something they actually do with recruits, but the fact that PSU does have that money is true. It’s almost like PSU has the selling point that they can give recruits a “professional” career in wrestling because of the assets in their RTC.

Brands says here about his program that his focus was very internal and focused on his program versus the other outside factors that impact a program, like the “arms race” as many call it. On some level it seems as though Smith may have had similar issues as far as being behind on the RTC focus and is just now making the push to upgrade it.

OSU is currently in a pretty good spot to make a charge to solidify the Cowboy RTC as a big time RTC on a competitive level. Daton Fix is a World Champ, Travis Wittlake comes in next year and could win a Junior World title this year. Junior commit Daniel Kerkvliet is also a World Champ, so it wouldn’t take a lot for the Cowboy RTC to establish itself as a power. It’d be really nice to see them do more to promote it and fundraise for it, as it’s tough to see what’s happening with the Cowboy RTC and you do see how programs all over the rest of the country are doing more to promote and sell theirs as an asset to their program.