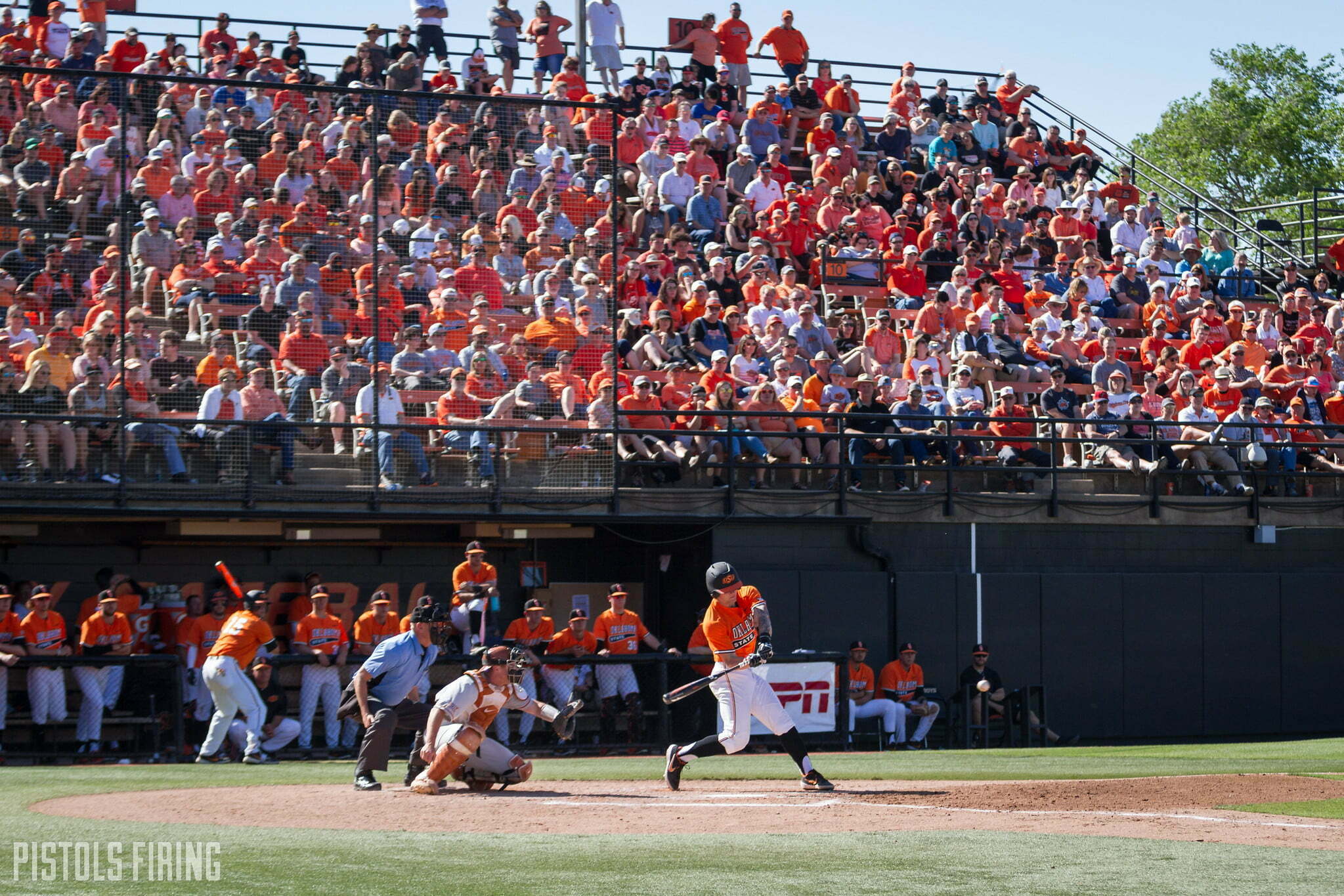 STILLWATER — Josh Holliday hit his first home run in Allie P. Reynolds Stadium when he was 13.

At a baseball camp, Holliday pulled a ball to right field, and it hit off the scoreboard. Allie P. has since gotten a new scoreboard, but Holliday, now OSU’s coach, still remembers exactly where that ball hit.

Holliday grew up in the ballpark. His father, Tom, was an assistant at OSU from 1978 to 1996 before being the head man from 1997 to 2003. From that first home run at 13 to Saturday when he submits his final lineup card for a Big 12 game in Allie P., Holliday has probably spent more time than anybody in the stadium nestled between Knoblock and Duck Streets, but that time is near its end.

This weekend might not be the end of baseball in Allie P., as the Cowboys are in a good position to host an NCAA regional, but OSU’s upcoming three-game series with the Bears are the final guaranteed games left for the ballpark that’s hosted 1,190 OSU baseball games to this point.

“I grew up in those little batting cages (down the right-field line), trying to imitate the players. swing like them,” Holliday said. “Shagging home runs on the other side of the fence, sneaking bubble gum out of Coach (Gary) Ward’s upper left-hand desk drawer, playing here, polishing my shoes in (the first-base line) dugout. Those are the things I’ll remember. Those are the markers in your brain as a little kid of why you came to the field.”

Holliday looked up to guys such as Robin Ventura and Pete Incaviglia as a youngster adventuring the park, the former being the reason his first home run pulled to right field instead of left.

This season, there has been a lot of looks back at the past of OSU baseball. Incaviglia came back to throw out a first pitch. The 1959 National Championship team came back. And of course Allie P. has gotten many of the headlines in its final year.

There has also been a lot said about the future. O’Brate Stadium will enter as one of, if not the top stadium in college baseball when it opens next season.

With those two conversations, though, the link between them isn’t too bad, either. The 2019 OSU baseball team has a chance at the programs’ 33rd conference championship if the Cowboys can sweep Baylor and get some help from TCU. Winning the Baylor series and not laying an egg in the Big 12 tournament will also likely secure that the Cowboys host a regional to give Allie P. a little more time in the spotlight before next season’s transition.

“When you’ve been here as many days of your life as I have, this place will never leave who you are,” Holliday said. “It never will. What I really want to do is capture the essence of this season with the group of players, whatever that is. This will always be part of Oklahoma State. It’ll be part of all of us.”