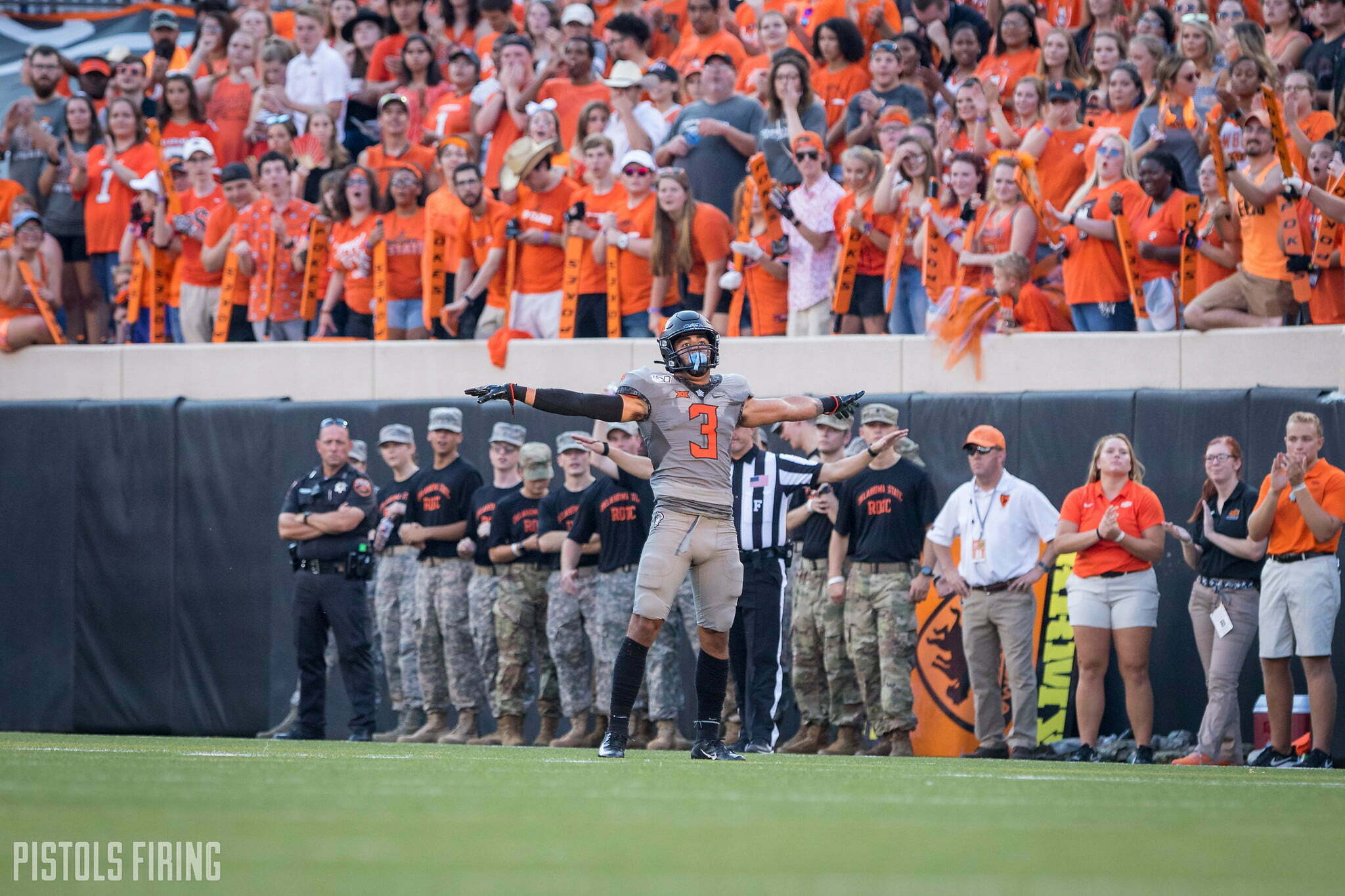 The line you’ve probably heard on repeat over the last few weeks (heck, I’ve probably said and/or written it myself) goes something like this: You can’t bubble college football players, and you certainly can’t trust them (or any college students) to be disciplined enough to keep the virus away from their locker rooms.

The former is sort of true, but the latter … I don’t know. Are we maybe not giving enough credit or plaudits to some of the most-disciplined, hardest-working people on a college campus?

Consider two things here. 1. Most players are taking most of their classes online. That’s a bubble facsimile. A way around the bubble. A “bubble.” 2. A lot of OSU’s athletes seem to be understanding what’s at stake, especially with the Big Ten and Pac-12 canceled.

I feel as if somebody trotted out the “well they’re 20 so they’ll definitely make bad choices and we definitely can’t do this” idea, and everybody started repeating it as if it was gospel. To quote a very famous, very public college football coach from the state of Oklahoma, I think that ain’t true!

Every single thing I’ve heard from every single Oklahoma State player to this point has been sober, humble and wise. They get that the next three weeks are monumental to whether they have (or the Big 12 has) a football season. They get that they’ll be going the way of Justin Fields and creating an online petition instead of a scheme to beat Texas Tech’s defense if they insist on living the lives they’re accustomed to living.

It also seems as if they understand all of this.

Mike Gundy says his team has been good about adjusting to the new schedule and the direction of football season.

"Our guys have put us in a good situation to play some football." #OKState

Now, the problem here is obvious. While the stakes are high for the Spencer Sanders’ and Chuba Hubbards of the world, the stakes are not as high for the backup punters and third-string cornerbacks of the world. The value of a 2020 season to stars and superstars is not equivalent to the value of a 2020 season to players who are not stars and superstars. This can create myriad issues.

If even just one player is careless then it can have massive consequences. This is the definition of a pandemic. In some ways this is a greater test of what it means to be a teammate and what it means to be a team than what most of OSU’s players have ever faced. You don’t have to show up and be sacrificial for 150 minutes on a Tuesday. It’s a 24/7 job right now for all 200 folks involved with football. That’s no small thing.

But isn’t it at these moments that we often see teams and players rise to the occasion? It might look a lot different than the way we’ve come to expect for it to look, but if you’re bought in — and this is the thing Gundy always preaches! — then when you combine discipline with a class structure that’s mostly digital, you can … kind of make all of this work.

Of course, when you spread this across 130 teams at varying degrees of concern, care and intensity when it comes to the virus, there are maybe too many variables for it to work nationally. But if the Big 12 season gets canceled, it does seem like it’s going to be a lot less about the work Oklahoma State and teams like Oklahoma State are putting in and more about the liability of the whole thing.

That’s probably unfair to the vast majority of players who definitely want to play the season, but that part is out of their control. What they can control, they seem to be doing a bang-up job of controlling. Maybe more than anybody is giving them credit for.