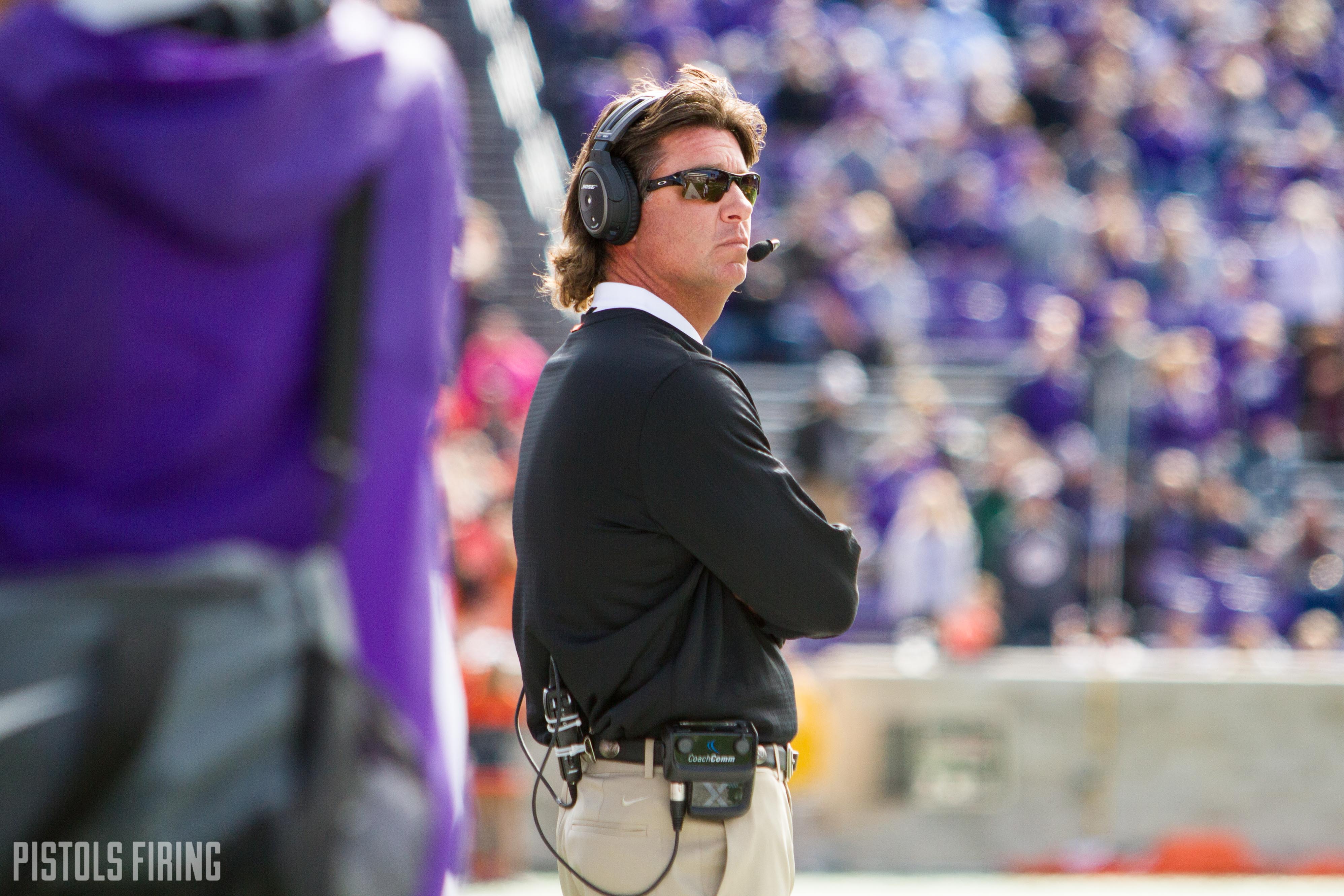 Lets recap social media after an uninspired (and uninspiring) performance by the Cowboys in Manhattan.

Pokes busted out the tri-color unis today with Pete’s face.

Two true freshman get the start at safety once again.

Let’s get to the Action

Still confused about this one.

You have to get more than 6 total points out of two early red zone trips. Doug is right though, Cowboys caught a tough break on the offensive PI call here:

Maybe the Pokes’ play of the day — this catch from Tylan.

Pokes had the lead 6-3 going into the half, it should get better from here right?

"In case you were wondering the last time Oklahoma State was involved in a half of football without a touchdown scored, I can tell you with confidence I have no idea." #okstate

Many were wondering if we were still in the Big 12 at halftime.

I hope you took the under.

Kansas State horrific on offense, but nobody jogs off the field in unison at halftime better than them.

Alex Barnes ran all over the Cowboy defense today. He gave K-State the lead, 10-3, early in the third.

Mid-way through the third quarter, things started to really fall apart for the Pokes.

Barnes scored another TD for the Wildcats.

Time to pull the panic alarm on OSU’s season.

Was it time to put Sanders in?

This is Spencer Sanders' mom. https://t.co/Y1Miz9pQJY

PFB’s predictions were pretty off. Not sure anyone expected a performance like this, though.

Not a great stat line from Corndog today, that’s for sure.

At the moment, however, Gundy looks poised to ride with Corndog.

"Not really. Didn't think (Cornelius) threw very well today, but up until then he played pretty well… Will have to look and see, give him the benefit of the doubt." #OKState