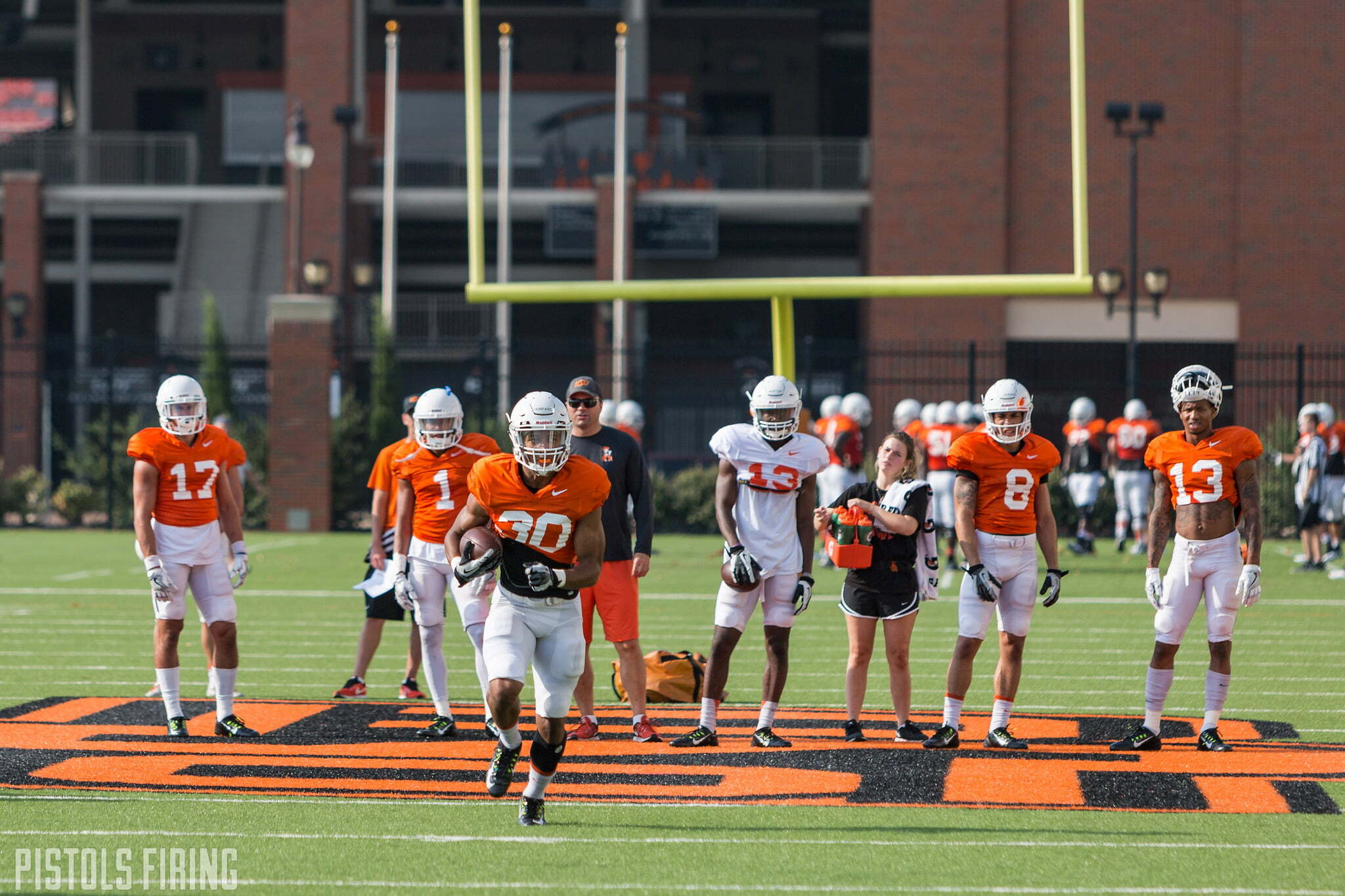 With the football season just around the corner, it’s time to lay out some realistic expectations.

Over the next few weeks, our team will lay out some predictions for 2017. I’m up first and I’ve got five predictions sure to come true in the season. So let’s get down to business.

I think No. 31 will hold down the back end of the defense and step into an even bigger role with Jordan Sterns out of the picture, and be rewarded with First-Team All-Conference honors to end his career with a bang.

4. OU will be OSU’s only regular season loss

The schedule lines up quite favorably for OSU to produce a 2011-like run at the Big 12 title, with OU, K-State and TCU all at home. But I still think the Sooner hurdle will be a big one that, even at home, will be difficult to overcome.

Sure, OU has a new head coach, its replacing a Biletnikoff winner and two NFL talents at running back, but they still have Baker Mayfield. And he’s had the Cowboys’ number over the last few seasons.

We all know freshman All-American Justice Hill will be taking first-team reps, but behind him there’s a battle between freshman J.D. King, walk-on Ja’Ron Wilson and redshirt freshman LD Brown. I don’t think any of those will take the position by the time the season starts, but I do think the three will form a nice committee at the No. 2 spot.

As the season progresses, OSU will likely slim down its rotation to three. And between Brown, King and Wilson, I think there’s a combined 1,000 yards waiting on them behind Hill. I’m all in on King solidifying himself at the No. 2 before it’s all said and done.

2. OSU will win the Big 12 championship

I don’t think OSU will run through the conference completely unscathed (see No. 4), but I do think the Pokes will find themselves in the Big 12 title game on Dec. 2 — and win it. My bet is that it will be sweet Bedlam revenge from a regular season loss at home.

1. Mason Rudolph will be invited to the Heisman Trophy ceremony in New York

Rudolph won’t win it, but he’ll make it into the top five of vote-getters and earn an invite to watch the Heisman ceremony in New York. He’ll be quarterbacking a top-10 team all season, putting up gaudy numbers, and the Heisman voters will reward him accordingly.

All those records Brandon Weeden set in 2011 are bound to fall at some point, and I think No. 2 will help knock down half of them.