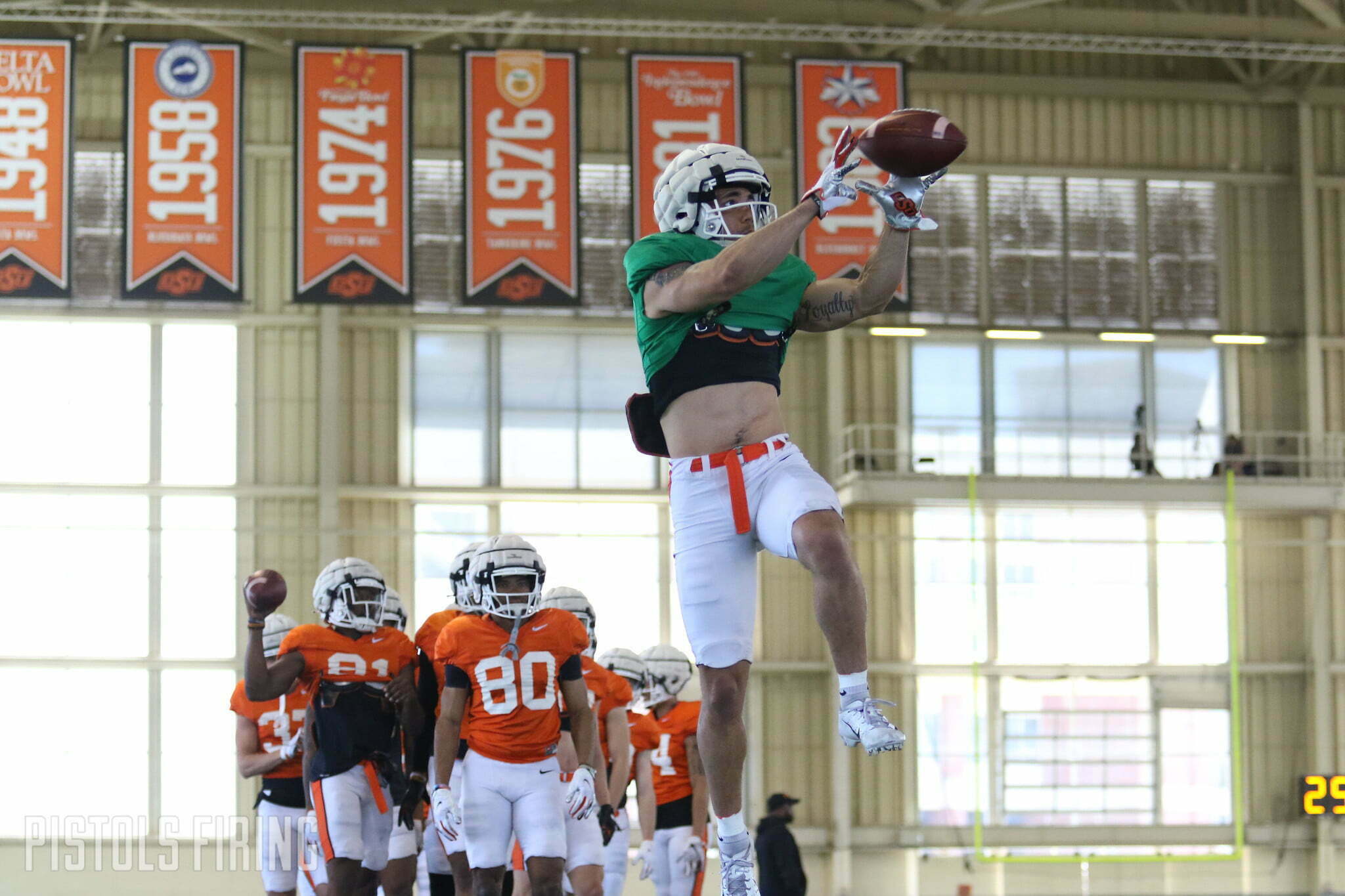 STILLWATER — There wasn’t much hotter a name in the Cowboys’ fall camp last year than Braydon Johnson, but Johnson didn’t have the opportunity to translate that preseason hype.

Johnson missed all but one game of Oklahoma State’s Fiesta Bowl-winning campaign with an undisclosed injury. He chose to return for a super senior season in 2022 a year wiser and with a new perspective.

“When I came back, I was ready,” Johnson said. “I was itching to get back to it. I missed so much. I really got to figure out how much I loved the game because it was taken from me. So, I just want to take advantage of every opportunity. It’s a blessing, like just to wake up and come out here.”

Johnson said he spent time last season training in Houston awaiting his return, so there wasn’t much rust to get knocked off this spring. He has practiced in a green jersey like the Cowboys’ quarterbacks, but he said he should be back in orange in the fall.

In 24 games with the Cowboys, Johnson has caught 47 passes for 748 yards and five touchdowns. A speedster, Johnson also has two carries for 32 yards and 431 yards in kick returns during his career.

Johnson played in OSU’s 2021 season opener against Missouri State where he had a 2-yard catch and a 13-yard rush, but he missed the remainder of the season that saw OSU go to Arlington, his hometown, for the Big 12 championship game.

“It was difficult at first because it’s the game I love,” Johnson said. “It got ripped away from me, but it was out of my control. I had to put it in God’s hands and come to grips with myself, have a one-on-one with myself, and see how I could move forward from it — stay positive. There’s no point in me being down or getting negative. That’s not gonna help me or the team do anything. I came to grips with it fairly quick, and I just went back to work as soon as I could.”

He brings versatility to the position, being able to play on the inside or outside. He was viewed more as a slot guy going into last season, but he said this spring he has been on the perimeter more.

Johnson grabbed some headlines in fall camp. When asked if he feels close to being back at that level, Johnson said he has surpassed it.

“Well he needs to play — you know, when he got injured, he was a good player,” OSU coach Mike Gundy said. “He’s experienced. He’s caught a lot of passes in bowl games, big games. I think he’s faster now. He looks better than he ever has. He ought to run under 4.4, and he’s made a lot of plays in his career. He should be a leader of that group. I liked his attitude in the offseason, he’s worked extremely hard and I think he’s ready to play.”