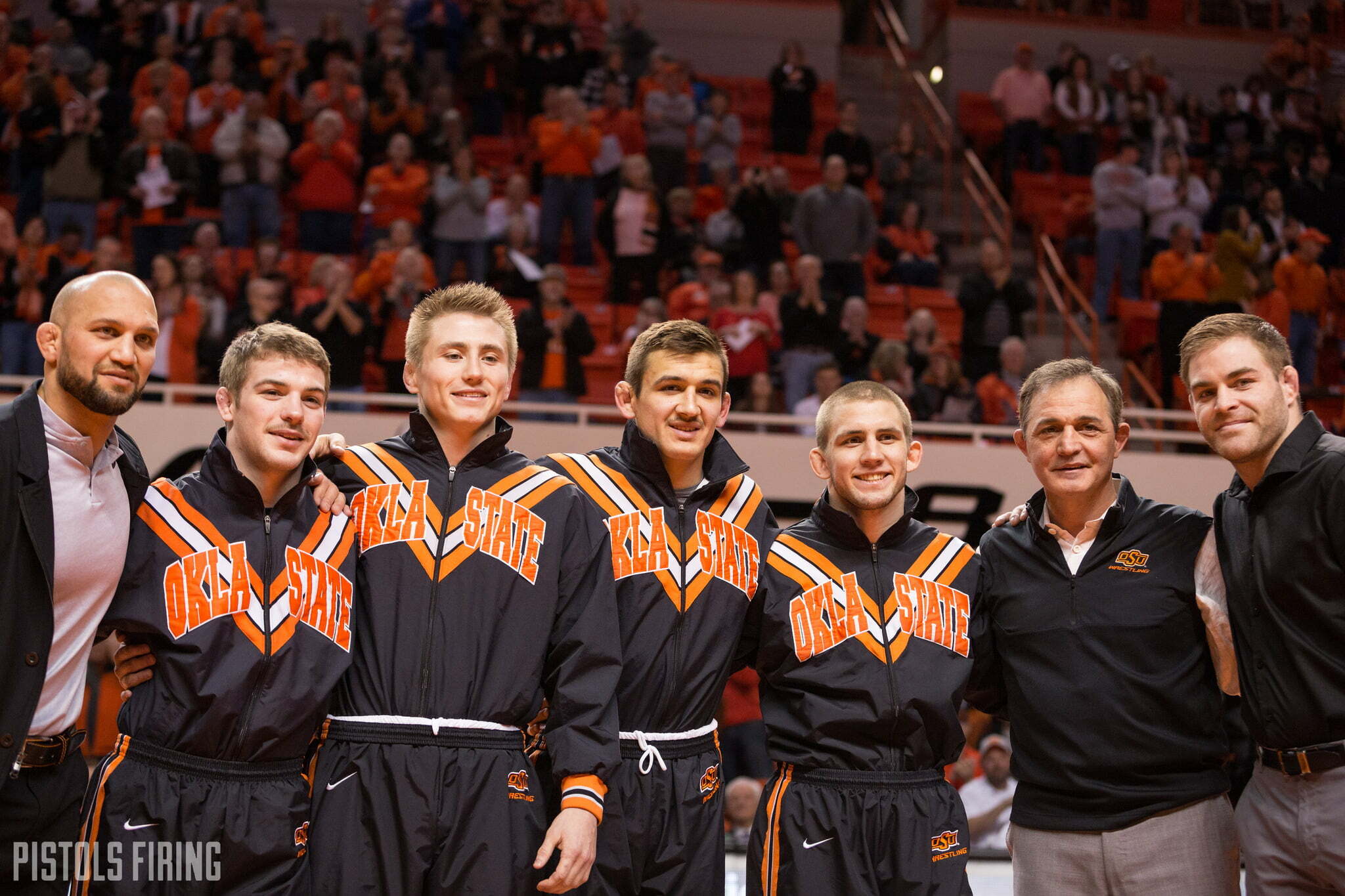 I’ve touched on some guys Chris Perry took a look at a while back, some Kansas guys that OSU has had some contact with, and we looked at some potential with NEO. We even tried to project out to 2019, and 2020 and hit on a lot of pieces that could play in there. I’ve put together a few other write-ups on some recruiting as well you can through the blog and find.

On one of the write-ups someone asked how wrestling scholarships are set up and thought I’d elaborate a little and try and cover how recruiting can go in wrestling and how scholarship money plays into it.

Wrestling only has 9.9 scholarships for 10 weights, so the money is limited and the staff has to be very selective with how they handle it. Due to the small number of scholarships, there really aren’t very many full rides in wrestling and it’s a really tough line for schools to walk in how they manage the money. In a perfect world I’m sure they’d love to have ten blue chips spread across each weight, but that never happens. You work with what’s available. You get kids that are close to you geographically, you try to land some big national guys, that usually takes $. Then you basically just piece it together as best you can and you do a lot of coaching to build the kids up.

With that a lot of variables can shake things up. If a big-money ultra talented recruit backs out then you have to plug that hole with somebody, but you probably don’t want to use as much money. So you might offer a local kid that’s good and would maybe otherwise maybe go D-II or in OSU’s case maybe to a D-I school that’s not as good. You obviously won’t offer them as much money. You’ll sell them on the chance to win a team title, wrestle for Smith, etc… and get them in and try to develop them. Interestingly because of that you’re more likely to have guys on bigger scholarships at lower level wrestling schools because the OSU’s, PSU’s, Iowa’s, and tOSU’s have other selling points and that allows them to be able to spread their money out.

In the recruiting process, schools will throw a lot at the wall and hope it sticks. Meaning they’ll obviously offer bigger scholarships to the blue chips, they’ll try to sell local kids on coming to their school with little to no scholarship money, they’ll work with JUCO’s, they’ll do a lot of things to fill the roster even though they’re really only going to offer big scholarship money to a few guys and the rest of it will be spread fairly thin across the rest of the program.

Wrestling programs in general love walk-ons and even a school as historic as OSU is very reliant on them and other guys that get very little scholarship money. OSU will do a lot to court maybe the local 1-2 time state champs that don’t get a lot of big offers. They’ll sell the tradition, etc… over the $ they can get elsewhere, which isn’t always necessarily a lot. They’ll push whatever other angle they can in that regard and most of it’s legit. They’re not trying to swindle kids or anything, but wrestling is not a sport many make a career in, so if a kid sees they have the potential to get a degree from OSU vs. some small school few have heard of that may get them here. An in-state kid may want to go to the same college with his friends and that’s a sell, a kid may have a girlfriend coming here, etc….

They’ll naturally recruit blue chips with more money and in a manner more similar to what you see with football or basketball. With them they’re probably offering similar scholarship dollars and they’re trying to sell OSU’s strengths over PSU’s or whoever they’re up against. Then with the rest they’ll spread the money across other spots as needed to make sure there aren’t any gaps in the lineup.

There are a lot of interesting dynamics in wrestling recruiting. It’s not just pure analysis of the kid and their wrestling talents. It’s not just selling OSU over other schools. You have to try and read guys and see if maybe one is willing to take less money for whatever reason and offer based on that, you have to work on kids you have natural ties to that maybe aren’t getting a lot of big offers and see if you can land them cheap. You have to convince reasonably talented guys to come and walk on with no scholarship money in a sport that is the most incredible grind of anything out there. That’s not easy to do.

For reference the main photo in this article is from Senior Day this year. Dalton Moran, Hestin Lamons, and Dean Heil were all in the starting lineup this year at one point. Eli Hale, who was a senior isn’t in this photo because he transferred, but he’s probably going to win a D-II title this weekend and is a guy most D-I coaches would kill to have in their lineup. There’s no way to know the actual dollar amounts, but probably the only senior this year, and I include Hale in that group, that received what most would consider legitimate scholarship money is Dean Heil. The others at most probably got a very small percentage or maybe their books covered.

So with the recruiting write-ups when I talk about a Kansas kid that went to Tyler Caldwell’s high school, or a local kid that won state last year, an NEO kid, maybe even a big national recruit. It does usually come from some insight close to the situations and OSU really is after these kids. They’re vested in them all, they care about them, they want them at OSU. It doesn’t necessarily mean they are getting major offers though. In fact very few of them probably are.