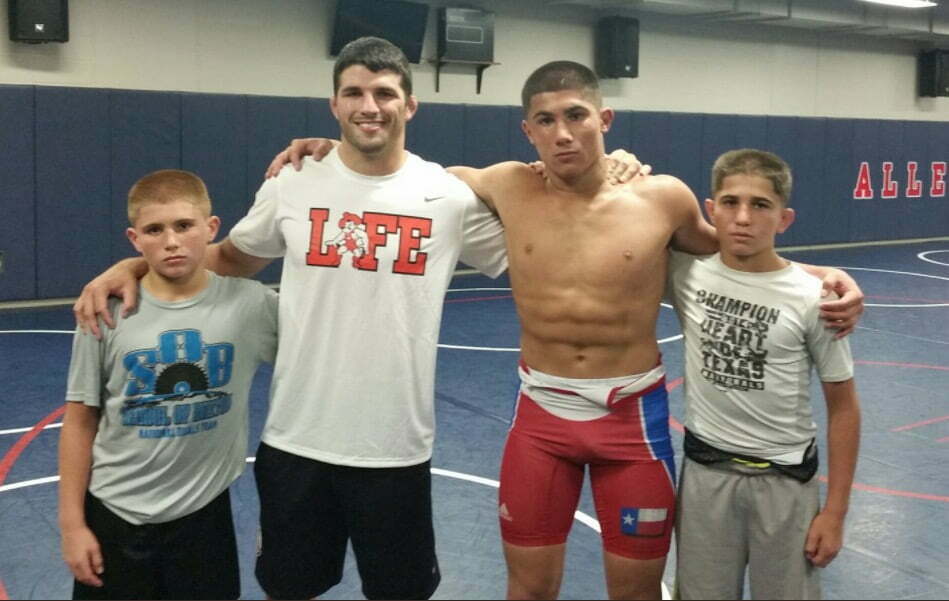 Yesterday we touched on the 2018 class that’s already been signed and what 2019 probably looks like. Today I want to look at what OSU’s plans may be for 2020.

At this point OSU will have some all-world guys in Daton Fix, Travis Wittlake and Daniel Kerkvliet that could all be multiple-time NCAA finalists. It also has good wrestlers, guys you can peg to be high All-Americans in Anthony Montalvo and Kaden Gfeller, and hopefully a few other big national names in 2019.

Then it has a bunch of pieces that hopefully will be Nolan Boyd, Preston Weigel types that turn out to be better than expected. As a whole, if you can get a few other top guys to go with that elite group, on paper you have a very good team.

Luckily your needs are spread out. You could sort of use guys across the board as far as weight classes go, but you probably need long-term solutions at 165, 197, and you’ll need some lower weights as well if you don’t pick up any in 2019, even though you’ll still have Fix and Gfeller for two years.

So here’s how “recruiting” in college wrestling works for high school sophomores (or guys being brought in in 2020). Coaches can’t officially start contacting recruits at this point, making offers and bringing them in on official visits. They can make sure they show up at their tournaments and duals and they can host camps at their schools. They can do a lot of things of that nature that aren’t necessarily “recruiting,” but naturally build a relationship with the wrestler.

There are obviously a ton of advantages to recruiting local kids, especially when they’re sophomores. And the No. 2 overall recruit in the country for that 2020 class is a projected 197, AJ Ferrari from Allen, TX. We wrote on how wrestling’s growth in Texas should help OSU a few months ago. He is physically much closer to OSU than any other program besides OU. Huge advantage for OSU in that department. Parents can easily make the one-day drive for duals, graduation or just to come visit. Naturally the Cowboy staff can foster a relationship with him a bit easier than most other programs.

Here is Tyler Caldwell pictured with Ferrari and his brothers.

That relationship that’s naturally been started with Ferrari helps a lot.

It also helps that as a whole, the state of Texas doesn’t have as much wrestling to offer as Oklahoma does, so Allen has to hit a lot of tournaments in Oklahoma. Makes it a lot easier for the OSU staff to get out and watch these guys when they’re wrestling in Oklahoma. I can confirm that some OSU staff members have been at these tournaments that Allen has wrestled in. Also Ferrari’s two younger brothers that are pictured above are good as well. The impact of getting this kid could be huge if it helps to create that recruiting pipeline.

Another potential 197 in this class for the Cowboys is Konner Doucet from Commanche, OK. It really looks like they’re pursuing Ferrari, but Doucet is good. I’d guess he’s a top 5-10 recruit at his weight nationally by the time he graduates. He flies under a lot of recruiting radars in part because Commanche is a small school and they don’t hit a lot of big name tournaments.

Ferrari’s probably going to get pursued by just about every college in the country and Doucet is a good option to have if they lose that battle for Ferrari and even could be a guy that grows into HWT and with redshirting and other things could plug in well for a few years after Kerkvliet. Doucet does a lot with the Oklahoma Wrestling Academy and Hardell Moore. OSU has had a lot of success with getting and developing those kids.

Dustin Plott, we wrote on a few weeks ago. He’s really good. Flo has him as the No. 7 recruit in that class. and he could plug in pretty nicely at 165. Being just a sophomore, you have to expect him to grow a bit and he could get into those upper weights where  OSU will already be fairly loaded up. With that the Cowboys will still be going after this kid. Can’t miss out on local talent that’s as good as he is. Hopefully he stays at 65 since that’s where OSU has the need.

Tuttle also has a few other kids that OSU might have some interest in. Their coach’s son Luke Surber is pretty highly-touted. Flo mentioned in the link above that he’s borderline top 50 in his class. He wrestles at 138 currently, so my guess would be he’s at 141 or 149 in college, which will be a need at that point.

Another possibility out of Tuttle is Garrett Steidley. Currently I would say he doesn’t have the look of a D1 superstar, he’s decent though and could help fill some voids at the lower weights after the loss of Piccinni and Brock. His dad is the coach at UCO, and I’d guess that’s where he’s most likely to end up because I don’t know that he’s a clear-cut D1 kid with what he’s done currently.

Great night of work with @ringing57
in the room! Thanks for stopping by! #TuttleWrestling pic.twitter.com/9myICF3Uvg

Great first day in Gilroy! Thanks @Americankickboxingacademy and @dc_mma for letting us get in a workout! pic.twitter.com/40sYK4xMJn

It’s different than actual coaches getting out there, but this does help build the relationship with OSU. One note is the Tuttle and Allen high school programs, which are two of the best in the country and programs that OSU seems to be pretty keyed in on, are both very “close” to each other.

Both programs’ coaches wrestled at UCO together. Allen’s coach Jerry Best and Tuttle coach Matt Surber were All-Americans there in the mid-90s. I’m not saying these kids are like Kaden Gfeller and Daton Fix where they’re best friends and a package deal. But Tuttle and Allen hit a lot of tournaments, camps and practices together, and not only do they have Plott and Ferrari who look to be good size fits and are big time recruits, but they have a few other guys that could piece in other parts of the lineup.

That association between Ferrari and Plott and even some of the other Tuttle and Allen kids may help push them to want to go to the same college.

Theoretically if OSU does get these kids you could project a really good lineup of upper weights for the Cowboys along with still having Daton Fix and Kaden Gfeller around for a few years and hopefully one more big national kid for 2019, but Plott at 165, Wittlake at 174, Montalvo at 184, Ferrari at 197 and Kerkvliet at 285 is a really strong lineup into the future.

It’s really difficult, and even maybe a little crazy, to project a lineup all the way out to 2020-2021, but I think this is what it could be.

125: Jet Taylor/Jack Karstetter/or a 2019 recruit — Taylor is already on the roster, Karstetter is one of the potential NEO transfers I mentioned recently and there is a possibility for a big national name in 2019, but none are committed currently. I do think either of Taylor or Karstetter will be serviceable at this point in their career.

This lineup potentially has two starting true freshman, which is not something you usually see from Smith, but the timing would work for Plott and Ferrari and they’re both talented enough to step right in.

You’ll also have four NCAA champ-caliber wrestlers with Gfeller, Wittlake, Fix, and Kerkvliet. With them you’ll have a shot at an NCAA team title, so if you have to pull redshirts in this scenario you do it.