Must read on how coaching changes have affected Gundy and Co.: “Trying to replace them, their personality and the schemes we want and the players wanting to trust them. You don’t just all of a sudden trust somebody. You have to pay the price. That’s been one of the most difficult aspects for me at Oklahoma State.” (ESPN)

Here are two different KSU podcasts I went on this week (and I was asked to be on a third — was podcasting invented in Manhattan?!) (SB Nation) (EMAWdio)

Joe Randle asked for a massage after getting arrested. (PFB)

A look back at how bad OSU has been in Manhattan. Or how good Kansas State has been, I suppose. Ryan Simmons calls it the best atmosphere in the Big 12. (NewsOK)

Joe Mixon enters a plea deal — good for him, let’s move on. Oh, that video is still coming out next month? Well crap.. (CBS Sports)

Been meaning to write about this but Mark Cooper got to it first — OSU is struggling in the area of creating turnovers. (Tulsa World)

I was on Louisville +4 — how expensive was Jimbo’s deal with Lucifer? (Yahoo)

I’m not sure why but I love this headline. (NewsOK)

Pretty crazy to think about.

Call me a homer but I think Le’Bryan is better than the 81st-ranked college basketball player in the country. (CBS Sports)

Travis Ford on his team: “They have read everything and all that. As I tell them, what they say about you is where we’re at. So, let’s embrace it. Enjoy the challenge of it. Don’t think any different. These are the facts. Let’s deal with it and let’s get after it.” (Tulsa World)

Bill Self bought lunch for a bunch of KU students. Funny, because he eats Travis Ford’s every year. (Yahoo)

Speaking of Nash, he might get called up to the Thunder by December. (Daily Thunder)

Joe Burton says people say he plays like Paul Pierce because he plays so slow.

I compared golfers to Halloween candies here and may or may not have called Rickie Fowler overrated (he has one career win, one fewer than Sang-Moon Bae). (CBS Sports)

Do we want to talk about the pullover Verplank is wearing or no? 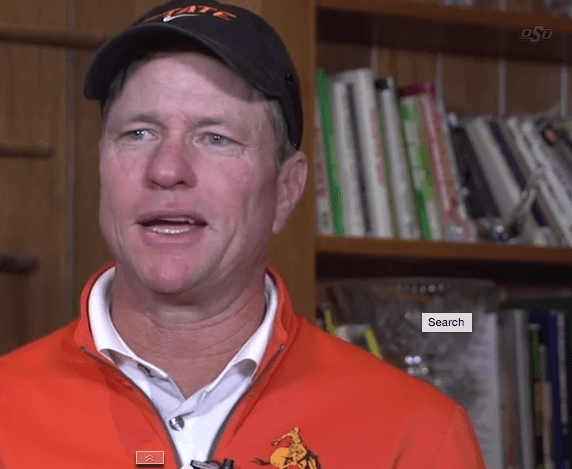