Hoboken Coffee is once again offering a discount on coffee to PFB readers. This time it’s free shipping (all season, too!) You can purchase their coffee here and be sure to use the code “tyreeksofast” when you check out.

Really good story on Emmanuel Ogbah and his background here. I like how Gundy says “he doesn’t get caught up in the sideshow.” (NewsOK)

Cool post here on the statistical effect of FSU only beating OSU by six. (538)

Here’s a great guide to which Cowboys are playing in the NFL this season. (CRFF)

David Glidden: “Any time you have a talent like Tyreek in there it’s going to add a whole new dimension to your offense.” (O’Colly)

Wait a second, the OSU-Mississippi State game got a higher rating than the OSU-FSU game?! (NewsOK)

OSU moved up but it is still outside the top 25 in both polls (neither of which mean much). (PFB)

I fully expect the Pokes to adapt when defenses force their hand as the season goes on. So, to answer your question, I don’t think OSU will have an clear No. 1 signal-caller this fall, with Walsh sitting atop the queue and Garman/Rudolph ready to go when needed. (ESPN)

Sure Walsh’s arm strength limits the playbook, but the biggest issue for Oklahoma State right now is the center. The Pokes lost the top 2 centers from a year ago, so a lot of it is just growing pains, but there were several bad snaps in last nights game.  Walsh was fielding high snaps all night, throwing off the timing just a bit, and of course the snap on the one punt was just awful. (CRFF)

Moving on up to the Russell Athletic Bowl! (ESPN)

Interesting article here on why a Big 12 Network didn’t happen and what the fallout is. (NewsOK)

Glidden (who may challenge Kevin Peterson for best quote off this team): “We’ve got a lot of things to work on, and we had our mistakes, but there’s obviously a lot of talent. There are a lot of guys who can play the game of football pretty well.” (ESPN)

A closer look at the OSU depth chart. (PFB)

Good point here by Gundy on Tyreek: “If we lean on Tyreek to do everything, the other guys that we play are smart coaches, they’ll come up with a way to slow him down or try to defend him. If you’re somewhat one-dimensional with a player on offense, it’s easy to take him out of the game.” (O’Colly)

We all want to think that Daxx Garman or Mason Rudolph is the better option, and that is human nature. We WANT the backup to be the best player to touch turf. The fact that neither saw the field on Saturday makes me think that Gundy hasn’t been entirely truthful with the progression of the quarterbacks throughout fall camp. (CRFF)

Carson, Justin Southwell, and I did a uniform roundtable on Tuesday. It was fun. (PFB)

Oklahoma State crawled out of the shell craters and kept it within a touchdown against Florida State. The Cowboys picked off a Jameis Winston who looked mortal (when passing the ball) twice. Though unspectacular, OSU got enough going on offense and were efficient on third downs.

This was not a timeless Seminole performance, but perhaps the game was more about Oklahoma State proving a point. Mike Gundy’s team lost a lot from 2013’s squad. But, after producing Top 15 teams on the regular for some time now, this staff should have received more benefit of the doubt. We had themjust outside the Top 20 preseason. Had we trusted the numbers, we would have been more bullish. (Big Lead)

Tyreek will be the first in his family to graduate[1. IF HE DOESN’T GO TO THE NFL AFTER THIS SEASON!] and David Glidden likes hitting people in the mouth. (NewsOK)

I think the offensive line production against FSU is being overlooked. (Tulsa World)

J.W. Walsh is all sorts of unstable — no above or below average, only good/great and bad/awful — but OSU looked feisty and athletic. I caught some flack for putting them in my “Tier 1” of the Big 12 (with OU, Baylor, and KSU), but I definitely feel better about that now. They’re going to be young and dumb at times this year, but Saturday proved that the upside is there. (SB Nation)

Getting to know The Freek. I wish they had just kept him silent all season like JFF two years ago..

The new GIA floor looks better than the old one. (PFB) 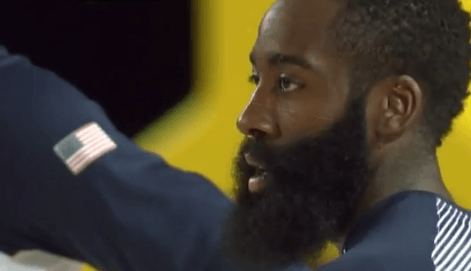 OSU is ranked 6th in the preseason wrestling rankings. (NewsOK)

Hunter Mahan was a captain’s pick for the 2014 Ryder Cup. (CBS Sports)

This on artists is beautiful. (Austin Kleon)