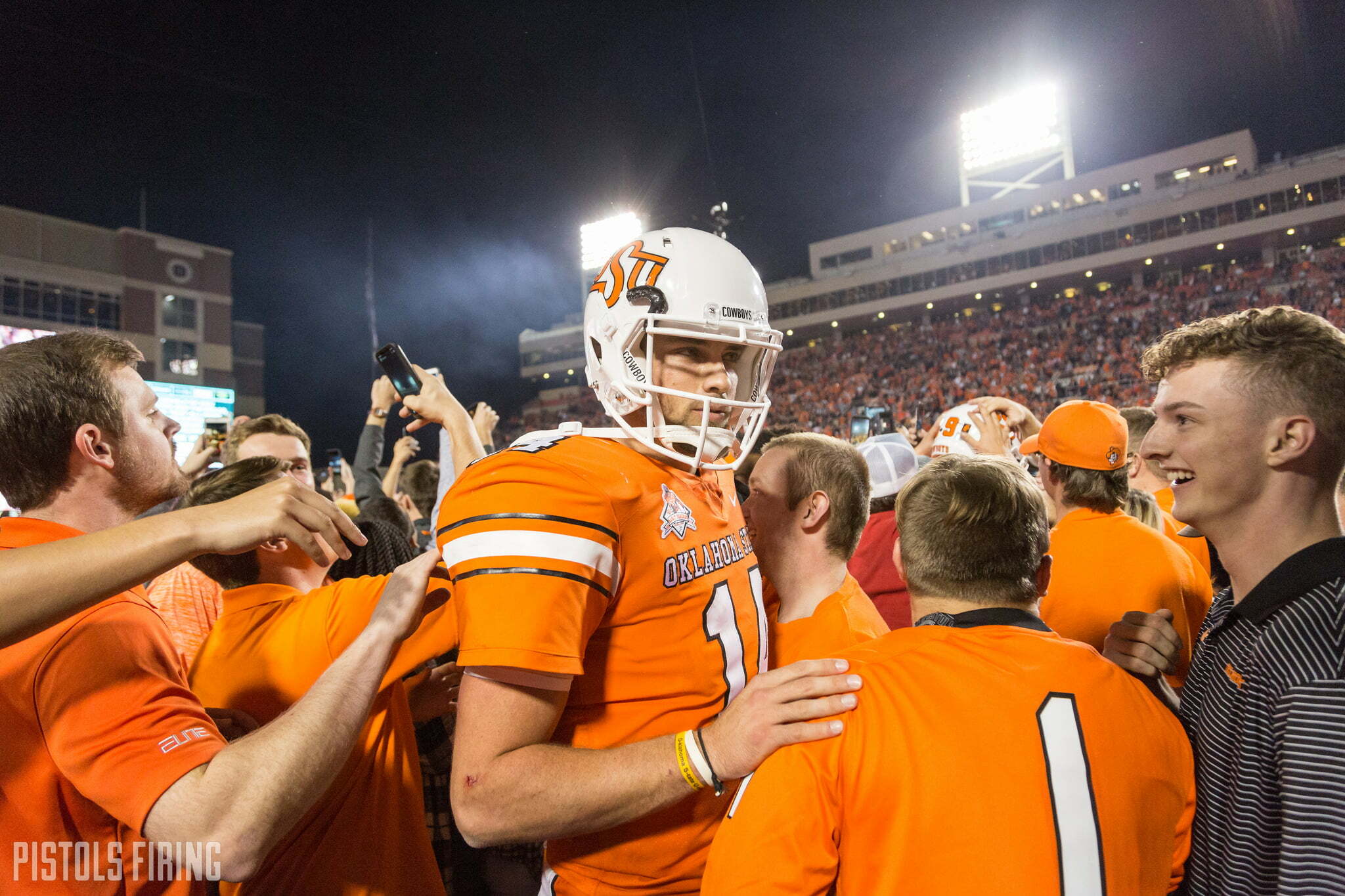 Taylor Cornelius will not go down as one of the greatest to ever sling the rock across Lewis Field. He just won’t. That’s not his world. He’s more of the Clint Chelf, J.W. Walsh ilk. But just climbing into that conversation is quite the accomplishment, based on how he started the year.

Cornelius has filled up the stat sheet nicely over the last four games, but a quarterback’s ultimate barometer for success is found in the win-loss column. That final W tally is yet to be determined and the fifth-year senior still has plenty of room to build out his OSU legacy.

If things continue on their current trajectory, Cornelius is likely to turn in one of the best seasons ever by an Oklahoma State passer. Here’s a look at his numbers through Week 12 and where he is on pace to finish after the last two games.

As far as scoring goes, Cornelius is on pace to finish with the fourth-most passing TDs in a single season in OSU history. Rudolph and Weeden each threw 37 passing TDs their final years and Weeden threw 34 as a junior.

What Cornelius has that these other top passers was the ability to beat defenses on the ground. Rudolph was deceptively mobile and actually picked up 10 rushing TDs last year, but he was not a true dual-threat option like Cornelius has been later in the season.

Cornelius is the Cowboys’ third-leading rusher and is on pace to finish at 394 yards on the ground and 10 TDs. That’s not exactly Zac Robinson territory but it would top J.W. Walsh’s highest rushing season (359 yards and 13 scores) when he was OSU’s rushing game.

As I mentioned above, Cornelius has been on a tear since the Cowboys licked their wounds during a bye week after dealing with the business end of some Wildcats. If he can keep that up, not only could he somewhat salvage this season with three-straight wins and an 8-5 finish, he should turn in one of the top statistical seasons by any OSU quarterback … ever.