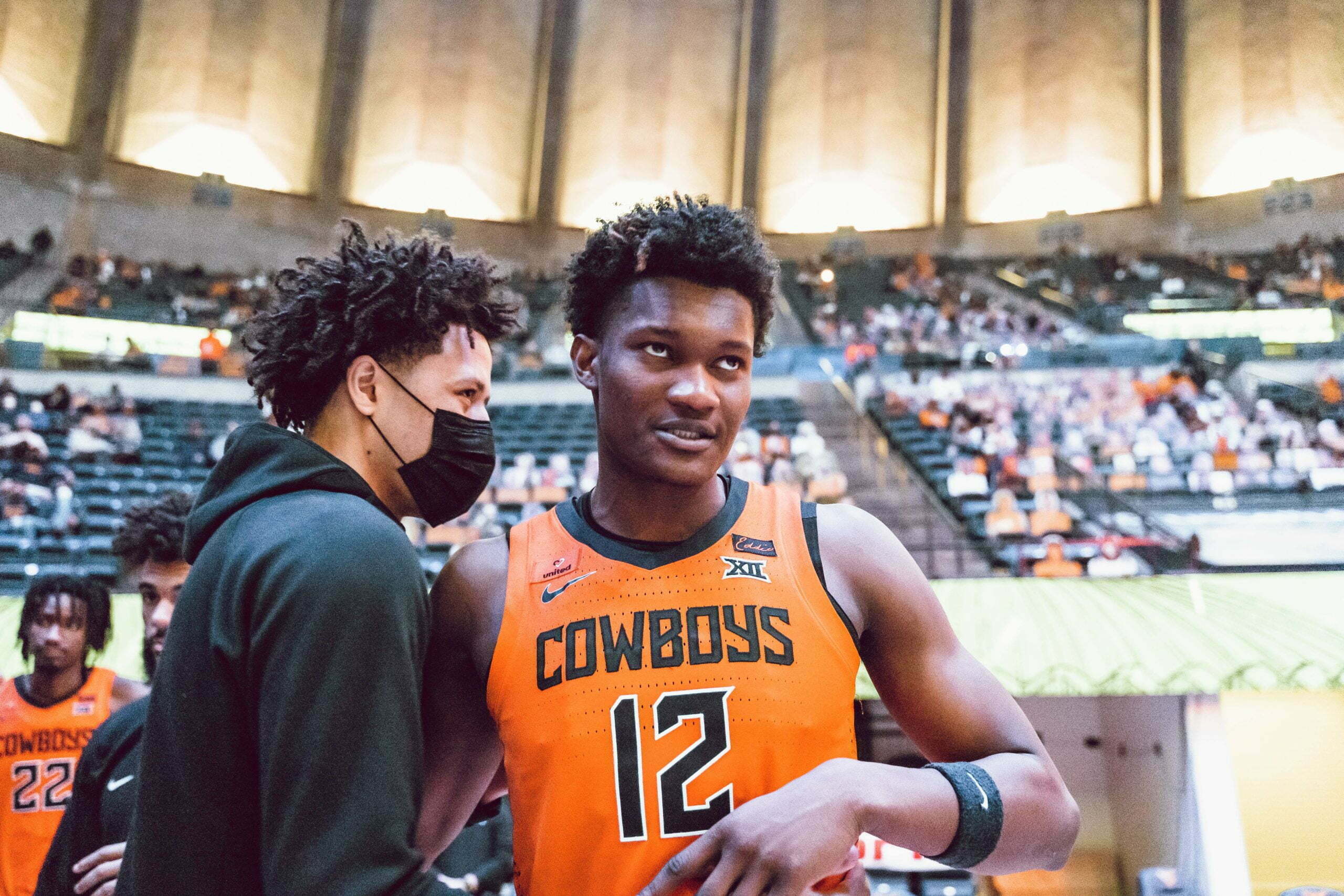 The Cowboys are one of the dozen best teams in the country, according to the AP voters.

Oklahoma State climbed to No. 12 in the latest AP Poll that released Monday morning. The Cowboys climbed up five spots from No. 17 last week.

The Cowboys played in three games since last week’s poll and went 2-1 in that stretch with their only loss coming to No. 2 Baylor in Waco.

Last Monday night, Oklahoma State swept its rival Sooners with a 79-75 victory in Gallagher-Iba Arena. It was the second time the Pokes beat the Sooners within three days.

The Cowboys closed their busy week with an 85-80 victory against West Virginia in Morgantown on Saturday. The Cowboys won that game without Cade Cunningham and Isaac Likekele, as Avery Anderson dropped 31 points on the Country Roaders.

The Big 12 has seven teams ranked in this week’s AP Poll, the final poll before Selection Sunday. Baylor moved back up to No. 2. There is a logjam of Big 12 teams in the middle of the rankings, with No. 10 West Virginia, No. 11 Kansas, No. 12 Oklahoma State and No. 13 Texas. Texas Tech fell two spots from last week’s poll down to No. 20, and Oklahoma fell nine spots to No. 25.

OSU also moved up three spots in the Coaches Poll, where the Pokes sit at No. 14.

The Cowboys head to Kansas City this week for the Big 12 Tournament. The Pokes are the event’s No. 5 seed and will play fourth-seeded West Virginia in the quarterfinals on Thursday morning.