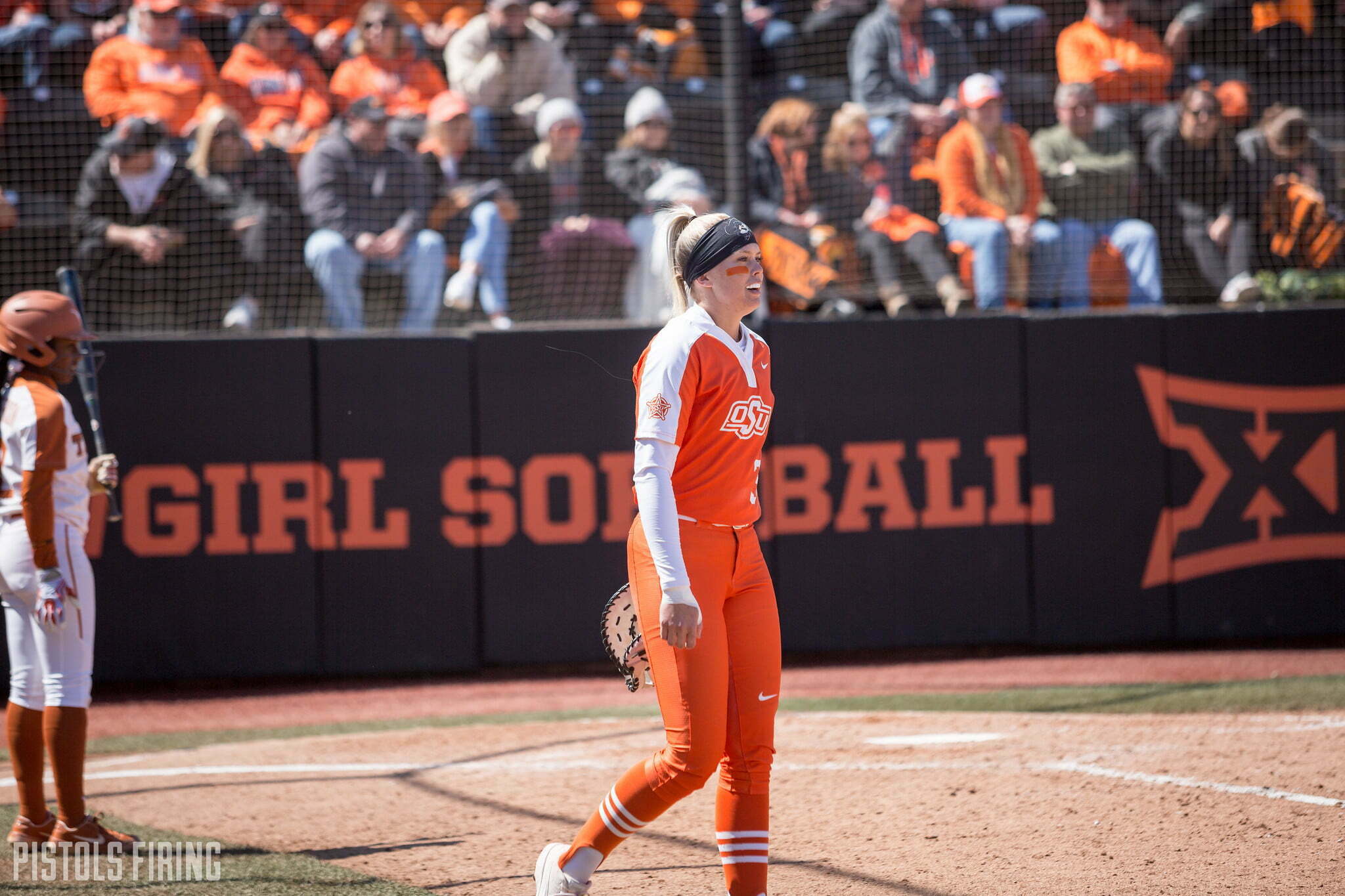 STILLWATER — Kenny Gajewski and the Cowgirls’ seniors are 0-10 against their Bedlam rival.

The Cowgirls are 13-2 in Big 12 play this season, a spot behind OU’s perfect 15-0 mark in the conference standings. That means if the Cowgirls can manage a sweep this weekend, they’ll walk away Big 12 champions.

“It’s not an ordinary week,” Gajewski said. “It’s Bedlam. It’s for the league championship. Obviously, they’ve only gotta win one, we’ve gotta win all three of those games. But, I just said, ‘I don’t want you to leave one stone unturned.’

“I want, at the end of this week no matter what happens, no matter what goes on, I want us to look back and say we did everything that we could do, preparation-wise, mentality-wise, to play well. Not to win, to play well because all we know is if we play well, we’re really good, and winning will take care of itself like it always does.”

As a part of it not being an ordinary week and OSU wanting to do anything it can, the Cowgirls met for a 6 a.m. film session Tuesday morning, something Gajewski said the team wants to do all week.

The Cowgirls are on a hot streak, going 11-1 in April. Even if the Cowgirls finish the regular season on the wrong end of a Bedlam sweep, OSU would still finish second in the Big 12 standings.

“I think this year is way bigger,” freshman Chyenne Factor said. “I think they know that we can play this year a little bit better than the past few years. It’s going to be big time. I can’t wait.”

Much of the Cowgirls’ success this season has come off the back of Texas A&M transfer Samantha Show. Show leads the Cowgirls with 15 home runs and 46 RBIs this season. She also boasts a 16-5 record from the circle with a team-high 92 strikeouts.

Show hit a walk-off home run Sunday to complete OSU’s sweep against Texas Tech. Her bat flips this season have been quite the controversy on softball Twitter.

This seems like a good time to revisit the #Big12SB Co-Player of the Week's biggest play of the weekend. ??@SamanthaShow03 | #okstate pic.twitter.com/F3j4wX7RAL

This will be the first time Show has played OU, a welcome challenge for the senior.

“Coming from A&M, I never felt like we had a rival there,” Show said. “So, it’s cool to get to have some type of like a reason that we’re playing for. We want to take this series. We want to sweep. To be the first team to do that with Coach G, that just means more to me and more for our girls to know that we’re creating that culture, setting that standard of what we want.”

Win or lose, this series won’t determine the Cowgirls’ season. The Big 12 softball championship takes place May 10 and 11 in Oklahoma City. From there, the Cowgirls have a shot at hosting one of the 16 regionals. The Cowgirls haven’t been to the Women’s College World Series since 2011, and this year’s OSU team has a good a shot of any since to make it back to Oklahoma City.

“These are just laboratory experiments for postseason and what we want to do,” Gajewski said. “The end game here is being the final two teams in the World Series, wouldn’t that be something that’s kind of cool? I think it’s possible. I think if we can just continue to play well and do the right thing, and put ourselves in position to play well, we’ll be great.”