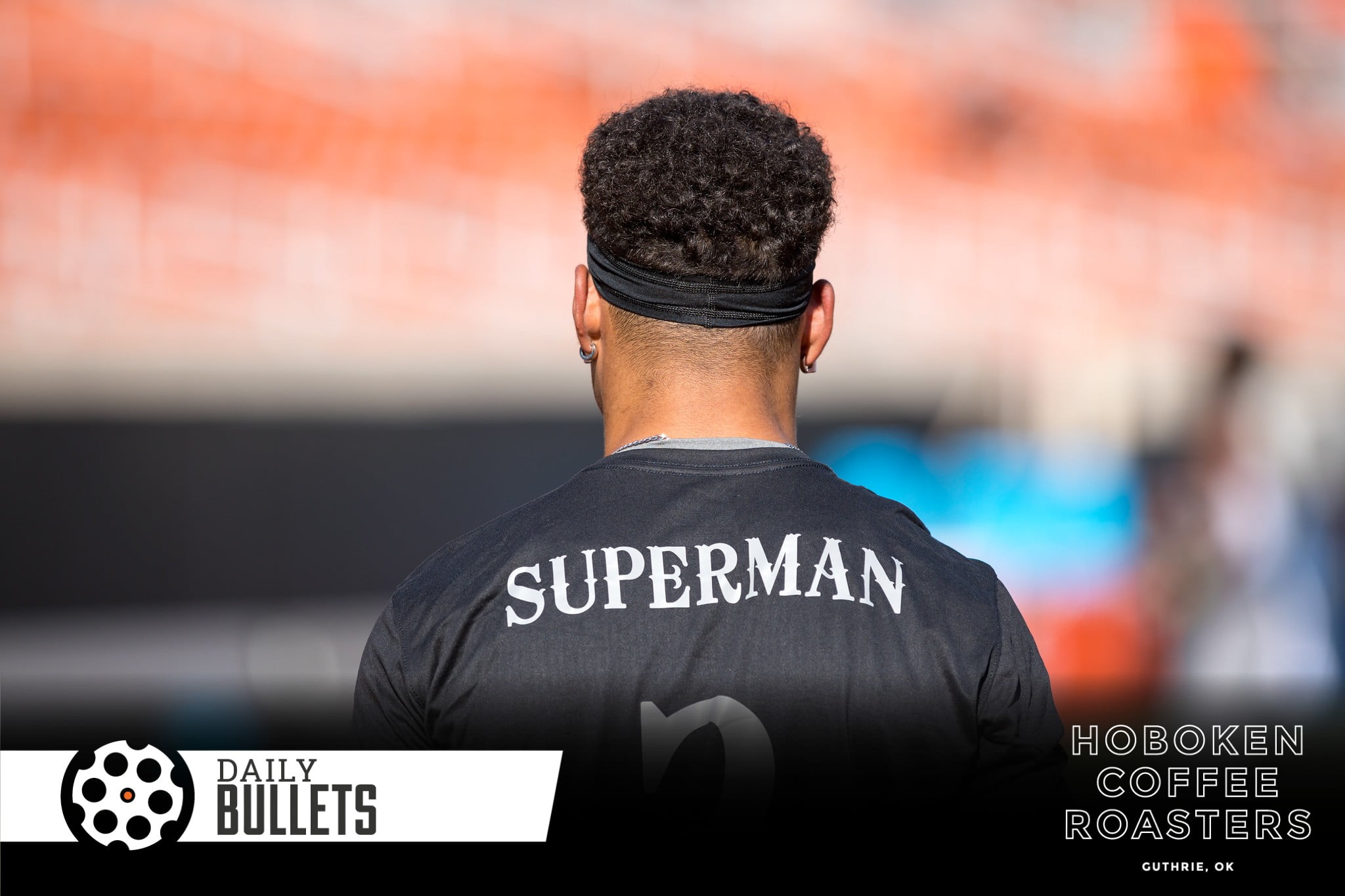 • Tylan Wallace’s Pro Day performance was more about checking a box than causing a stir, because his film speaks for itself.

• Dr. Kayse Shrum was announced as OSU’s next president late on Friday night. She and Oklahoma State are making history.

And she didn’t waste any time in making an appearance or two to the Loyal and True.

• OSU makes the cut for a bonafide scorer by way of the transfer portal. With Cade and Ferron Flavors exiting stage left, the Cowboys can use both guards and buckets next season, and Jalen Cone would answer both needs.

• And one bonus, painful thought

• Mike Gundy talked about returning former transfer Tay Martin and what he could bring to the Cowboys offense, “I’m excited about him.”

• In Year 2, Brennan Presley is both learning and leading.

“The speed of college is a lot faster than the speed of high school,” Presley said. “The more you get reps, the more you understand things and get a knack for what certain things are. The more I got reps in the bowl game, the more I caught onto things.” [NewsOK]

• What does Avery Anderson’s draft declaration (without an agent) mean?

As Marshall Scott points out, unlike in football, basketball players are able to test the NBA waters and then still return to school, as long as they don’t secure representation. Short answer, unless he just gets a ton of early first-round buzz, there’s a good chance Sauce is coming back to Stillwater.

• I had just made peace with rooting for Kelvin Sampson (one of the people I hated the most in my adolescence). Then Scott Drew’s team won.

But in all seriousness, Sampson has become very easy to root for.