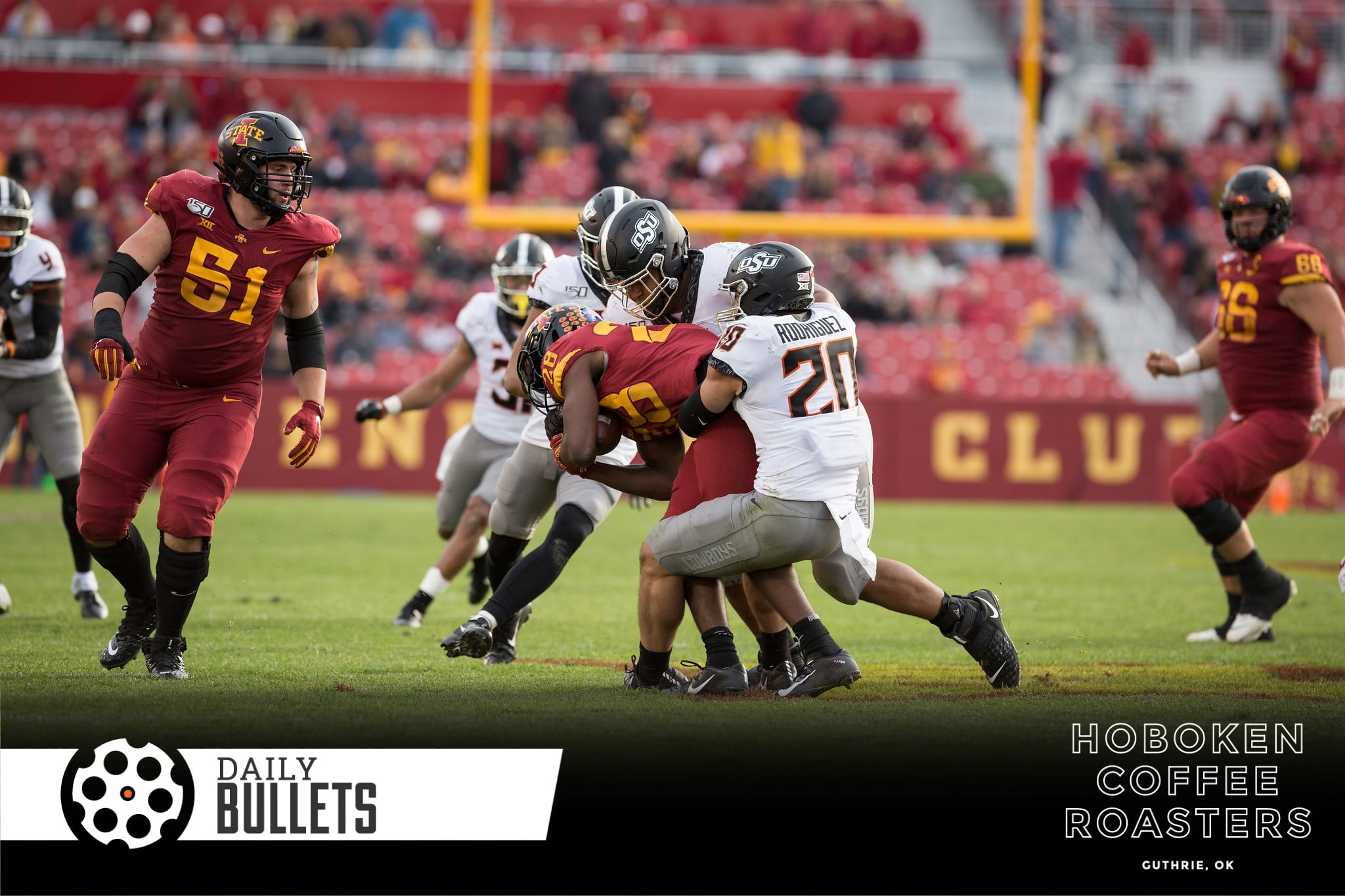 • Good heavens, when you hear a defensive coordinator saying the things that Jim Knowles is saying, it’s hard not to be excited.

“I think we are poised to really take the next step,” Knowles said. “The leadership is great. Everybody knows what they’re doing. They’re in the right places and playing fast.

“It’s been full speed ahead and I think we got a real chance to be good.” [NewsOK]

• Mike Gundy explains why their shouldn’t be as much weight on Chuba Hubbard’s shoulders this year.

“Anytime a guy gets a year of experience he should improve and I think that will happen with Spencer,” OSU coach Mike Gundy said. “We have a number of guys who can make plays. We’re fortunate that we have quite a few wideouts and we’ve got running backs.” [TulsaWorld]

• Awesome move here by the NCAA to allow players to play without risking a whole year of eligibility during the pandemic. Now – isn’t that the most logical thing to do as well if you’re saying no championships would be handed out either?

NCAA officially approves to allow fall sport student-athletes to compete in any amount of competitions this year – whether season in fall or moved to spring – & it will not count as a year of eligibility, sources told @Stadium

• We can minimize the importance of the Big 12’s decision to play football on college football as a whole but this Bob Bowlsby quote has to be the sentiment for universities across the country.

“Anytime anybody at any level has decided they weren’t going to play or that they were going to do something different, it affects us,” Big 12 commissioner Bob Bowlsby said. “I don’t know that we would want to be the only college football conference playing.” [NewsOK]

• Starting right tackle question appears to have an answer after the exit of Bryce Bray and the shifting over of Teven Jenkins to left tackle:

• Do we get over/under five football games this season?

• No. 1: Are we underestimating the discipline of OSU football players?

• No. 2: Three things Spencer Sanders had to say after Tuesday’s practice

• No. 5: Three reasons the Big 12 shouldn’t bring Nebraksa back

• Excellent faith-based piece on playing favorites as a parent
• Twitter at it’s best – holding media organizations accountable (sort of)
• This was one of the better, more in-depth NBA mock drafts I found after Thursday’s lottery