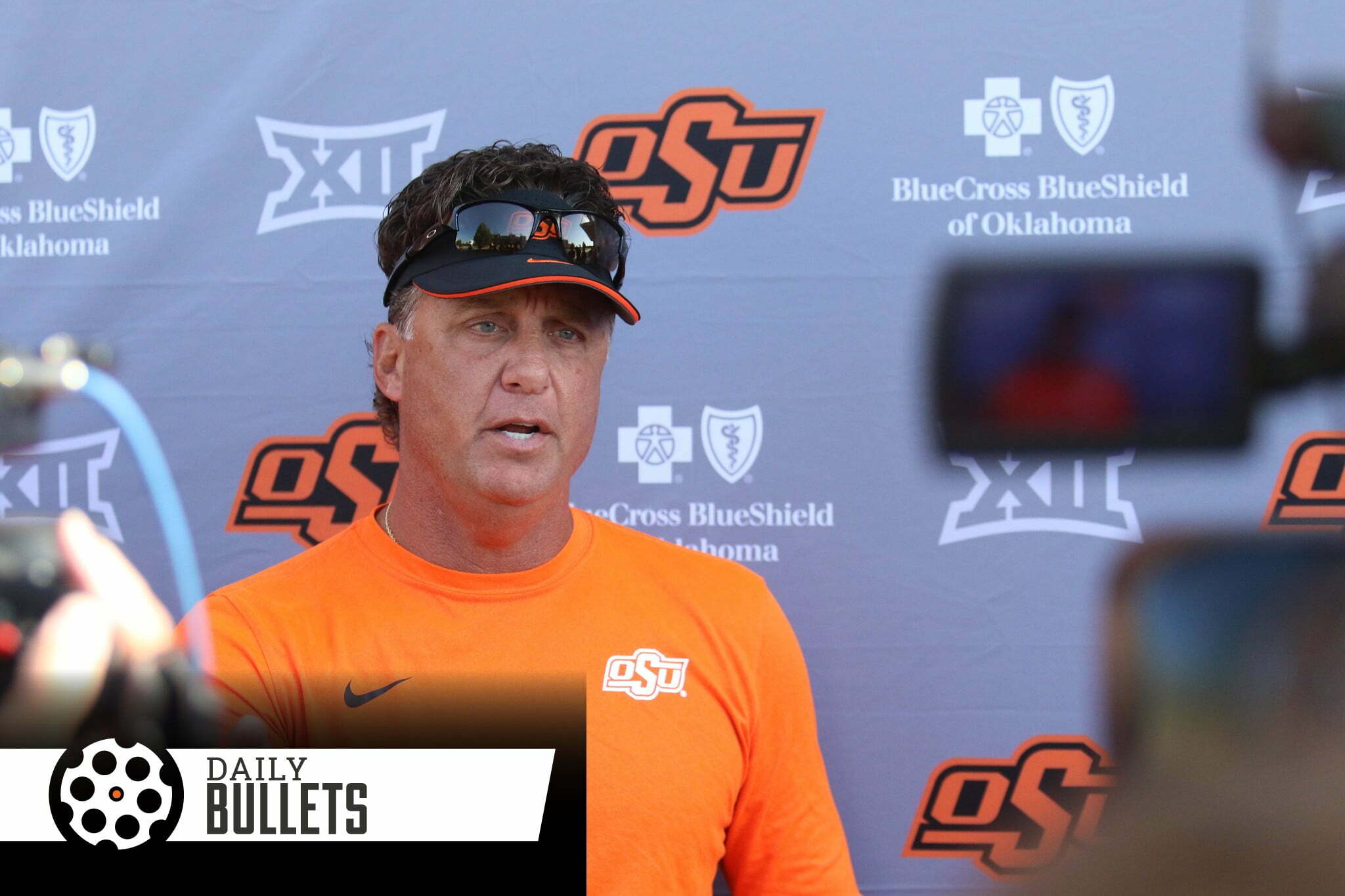 • The new Big 12 commissioner Brett Yormark visited Stillwater yesterday – heck, he even rode a horse on his visit. A little sneak peek at the locker room renovations can be seen in the shots as well.

• The Pokes are favored by 21 points over Central Michigan

• Jenni Carlson took a stab at why Mike Gundy is the best coach in the Big 12:

The Cowboy coach isn’t just the Big 12’s longest-tenured coach – by a long way – but he’s also the conference’s most successful. Frankly, Gundy’s among the most successful coaches in all of college football. Sixteen consecutive winning seasons. Sixteen consecutive bowl games. Seven seasons with double-digit wins, including last year when OSU went to the Big 12 title game and beat Notre Dame in the Fiesta Bowl. Gundy has birthed sustained success at OSU that seemed a pipe dream not so long ago.

• A Cowboy Football commit is No. 23 on this list of freak athletes coming into college football

• Pokes show well in this comparison of consensus All-Americans + Heisman winners of the new Big 12 schools: