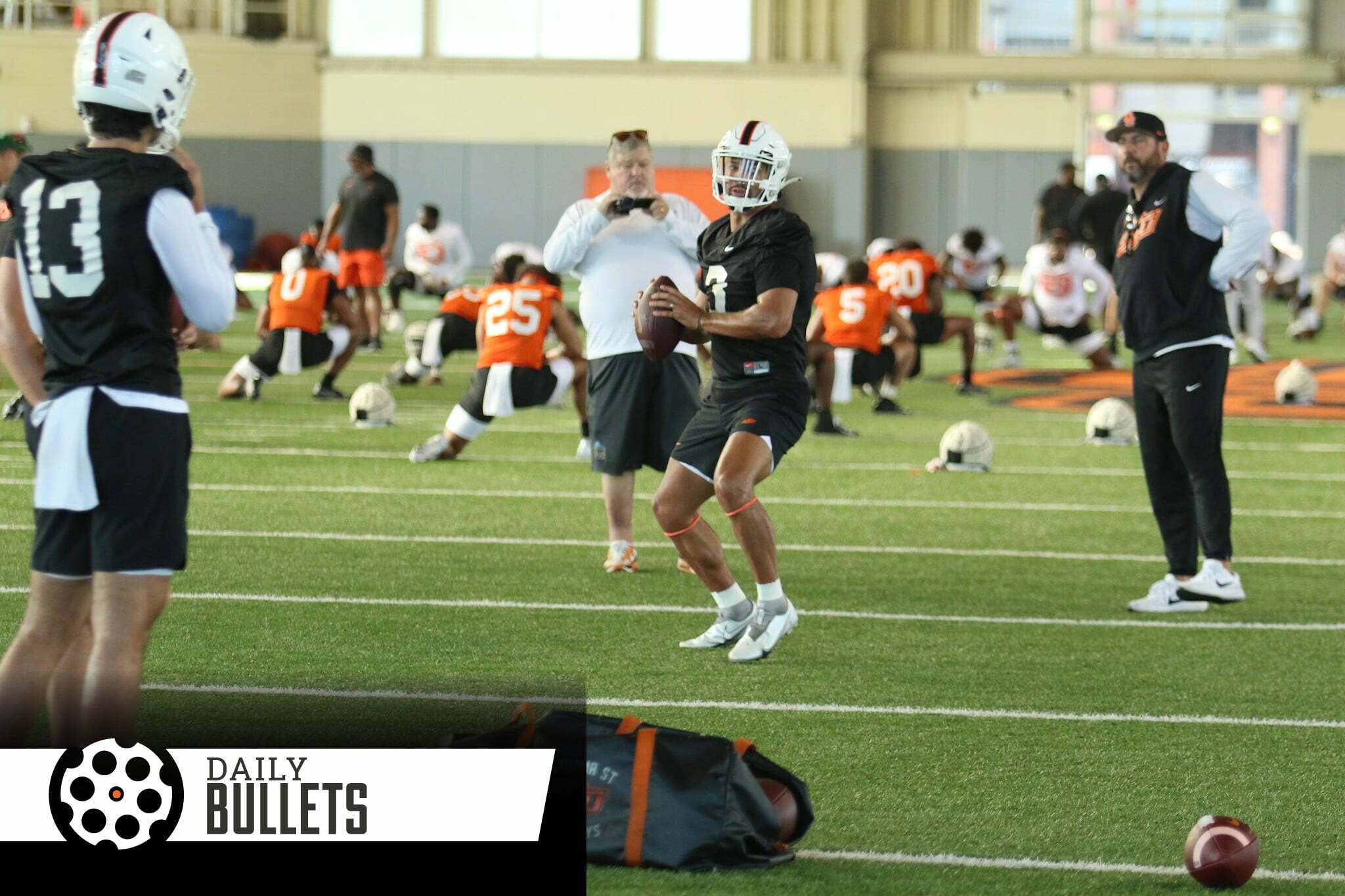 • Day one of Fall Camp is in the books:
– What Mike Gundy had to say
– Offensive line appears to have some depth
– Storylines to watch as we get into fall camp in Stillwater
– Photos from fall camp

• Hate typing stuff like this – A.J. Ferrari has been charged with sexual battery

• Sometimes it’s easy to forget just how long Spencer Sanders has been around:

Sanders this season is what Zac Robinson was in 2009, what Brandon Weeden was in 2011 and what Taylor Cornelius was in 2018 — a fifth-year senior.

• Rickie Fowler is on the bubble at the Wyndham

This is such a great line on how places (not people) are never the same:

The place I knew and loved is gone, replaced by something similar in appearance but fundamentally different. It existed only for me then, even as it exists both then and now in a million parallel-but-different ways for other people, their places intersecting and overlapping with mine at some points and diverging wildly at others. My version of the city can’t exist without that version of me.