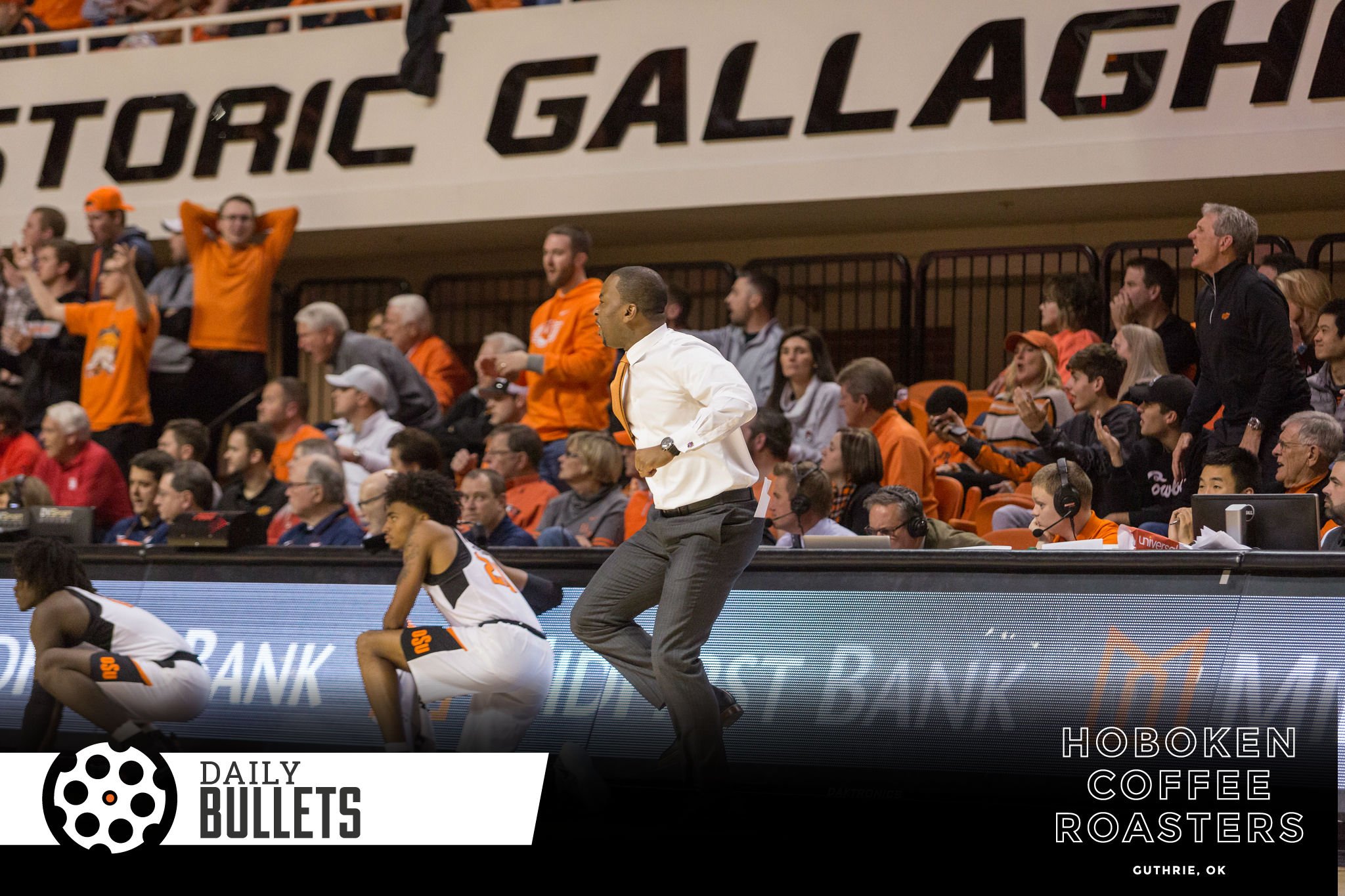 After beating the Pokes in GIA, Kelvin Sampson had some thoughts on OSU’s basketball schedule.

“Some of that has to do with your schedule,” said Houston head coach Kelvin Sampson. “I was looking at the teams that coach Boynton has and the schedule he’s got and I think we would be 4-4 as well. They have some great wins, they beat LSU, they beat Memphis…we’re a good team, we’re not a great team. I think our team can get better as we go. Mike has played a tough schedule, we played Oregon, we played BYU. They might be 8-0 if they had our schedule. They are going to be a good team.” [GoPokes]

When building a resume, there’s a fine line between a tough schedule and getting a team over that 20 win mark. With the credibility of the Big 12 conference (concerning basketball), you don’t have to schedule a murderer’s row… you just can’t schedule Sesame Street.

Method to the Madness

While playing a difficult schedule is enough to wear out any program, Mike Boynton has more than just building a resume in mind.

The schedule isn’t going to get much easier. Up next for OSU is Nebraska, who is ranked 25th in the coaches poll. Then the Cowboys get games against Central Arkansas and A&M-Corpus Christi, both should be wins, before starting the Big 12 grind.

“I didn’t want a bunch of freshmen to go on to Manhattan, Kansas in January and be like, ‘Uh oh, where’d these big, athletic bodies come from?’” OSU coach Boynton said after the Tulsa loss. “And an atmosphere and people booing us and all that stuff. I knew the challenges going in. It’s my responsibility now to get the kids ready to play these games.” [PFB]

Tylan Wallace made ESPN’s All-American team….TCU’s starting QB from 2018 is transferring (touted underclassmen back from injury in 2019)….Les Miles found his defensive coordinator from Colorado….Jenni Carlson ranks the bowl games

Your 2018 Piesman Trophy Winner is… KYLE PHILLIPS FROM @VOL_FOOTBALL!

Congrats to Kyle and everyone that voted! ? pic.twitter.com/MiKajfN65C

These seem to be some solid thoughts on the K-State hire.

Understand that Klieman is not a “name.” But unsure how it’s underwhelming to hire a coach who has won over 90% of his games with a team that’s — at worst — one of the 50 best in the country in 2018. https://t.co/nZUKgSTOe7

This is a hilarious trend in recruiting.

Dan Mullen and Florida have a new way to impress parents on visits#SometimesDadsWantToBeRecruitsToohttps://t.co/wKPEkFrwjK pic.twitter.com/X9hGKeK1q5

This is incredible zeal for the rules.

The most dramatic free throw violation of all time ?