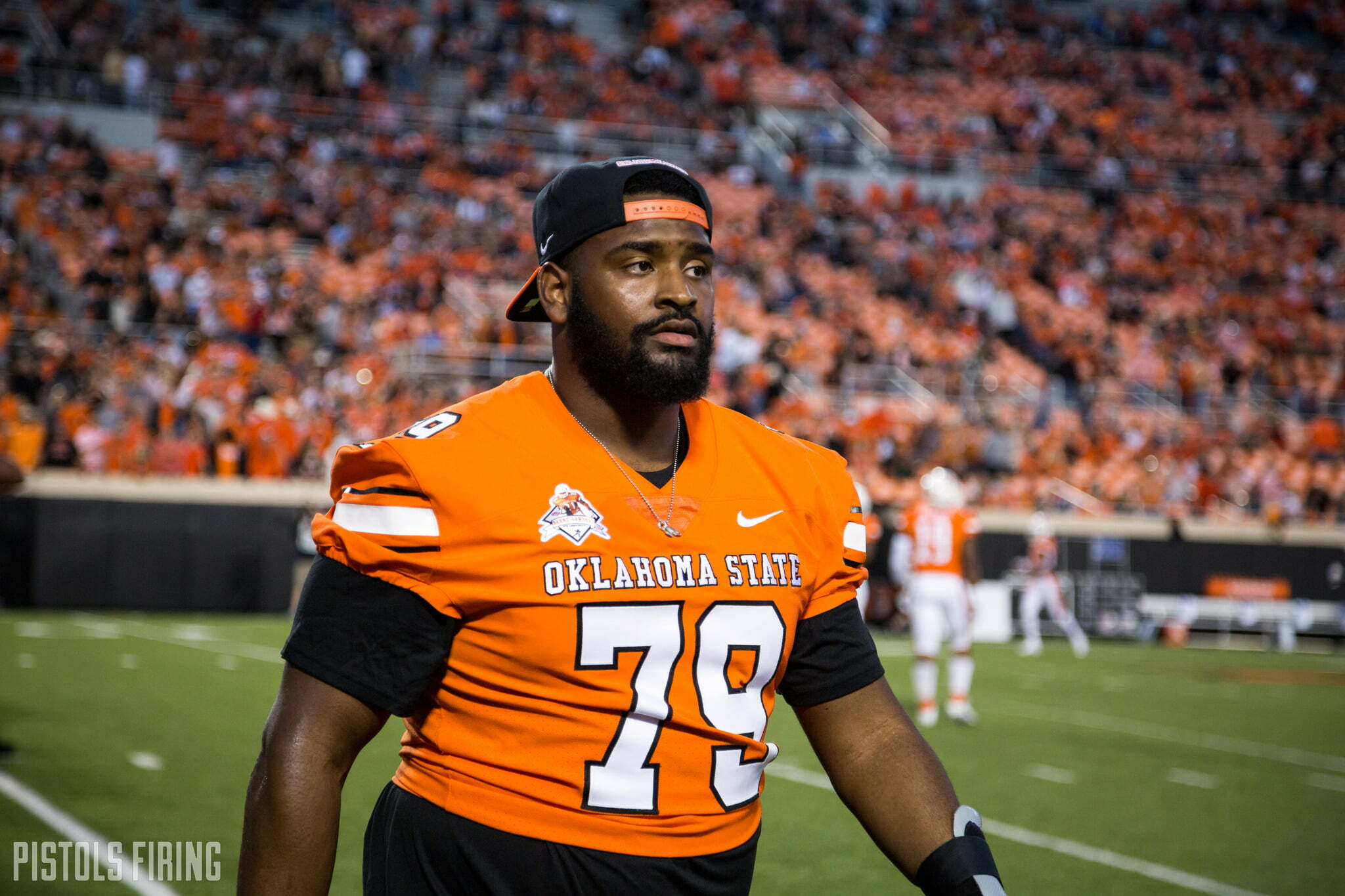 This last week illustrated how the changing landscape of college sports affects Oklahoma State. Transferring is becoming more common-place and declaring for the draft and skipping a bowl-game is often the *smart* move rather than its previous stigma of being a selfish one. Let’s get to some of your thoughts on recruiting and transferring in 2018.

1. Darrion Daniels is Transferring from Oklahoma State to Nebraska

rod: Previously didn’t think we were having problems.

Now I believe we have problems. (37 upvotes)

The defensive tackle had been a key cog to the early defensive success for the Pokes in 2018. His injury was, in my opinion, one of the most detrimental blows to the potential success of this defense.

With the increased liquidity of the transfer market, more and more players will come in and out of collegiate programs annually. Having players leave is not the end of the world as we know it, but problems will surmount if the coaching staff cannot adjust and fill positions with capable replacements.

Dunn is in the top-19 percent of pay for assistants in college football. I wouldn’t be surprised to see that increase in the offseason in the wake of another Biletnikoff finalist.

Ric Willies made me laugh with a nice light-hearted comment in the midst of doomsday-type takes.

After Doug mentioned Jackson’s stat line from this year, “1200 yards at 7.5 per carry for the #8 team in the country in JUCO,” Ric Willies was quick to put the positive mojo to its rightful place, anywhere other than the comments.

Bad Blood: If one transfer is a snowflake, then Gundy better bundle the eff up because there’s a blizzard in Stillwater right now. Seriously though this is pretty concerning (11 upvotes)

5. OSU’s Recent Transfers Should not Concern You

TheD1326: Great article and good reminder that this isn’t the end of the world. A lot of us, myself included, need to hit the “hot take brakes” and just see how things play out. (11 upvotes)

Porter gave readers a few thoughtful reminders in regards to the swirling number of transfer announcements. First, sending players to the pros is a great thing. Second, when transfers leave on account of playing time reasons, why should that be a sign of program decline? This is why Darrion Daniels’ decision to transfer is more disappointing than several others.

Tre: 200k of that Yurcich salary could have gone to pay for a special teams coordinator. (11 upvotes)

Perhaps we will see the special teams’ issues addressed in the offseason.

7. Five Predictions on How OSU’s 2019 Recruiting Class Might End Up

Another rationale for giving Sanders a year to learn the offense while Corndog was at the helm is that confidence can be imperative to the long-term success of a quarterback.

Who knows if this went through Gundy’s mind over the last year as he made decisions regarding the QB position, but giving Sanders the ability to learn the offense and begin 2019 in non-conference play as opposed to in-conference play in 2018 should allow for Sanders to start off on the right foot, rather than beginning his QB days in several losing efforts.

Mark: I had to look up the word “muleta” and have to say it was worth it. Well played sir, well played. (9 upvotes)

Muleta: a small red cape fixed to a stick, employed by a matador to guide the bull during a bullfight.

CCowboy: It’s such a stark contrast to football. Yes, yes, I know. Different sport, different rules, different expectations, yada yada. But just look at the contrast in effort and energy. Boynton is out there busting his butt to bring in top-shelf talent. That impresses me. (8 upvotes)

ICYMI — Two nights after Davonte Davis committed to OSU (see below), and the night before OSU’s affair with the Golden Hurricane, Boynton was back on the recruiting scene to visit Bryce Thompson, a big-time prospect out of Tulsa, OK. In case you were wondering, Boynton never stops recruiting.

Burg: I couldn’t be more excited about the future of OSU basketball and what Coach Boynton has already accomplished, both on the court and on the recruiting trail. After 2020, OSU better be ready to back up the Brinks truck if we want to keep him. (7 upvotes)

I’m all aboard the Boynton train. He is smart, driven and boasts an infectious positive attitude. Good things are coming. I hope fans will support the program through the ups and downs of rebuilding years, rather than simply turning off their fandom during the rough patches.