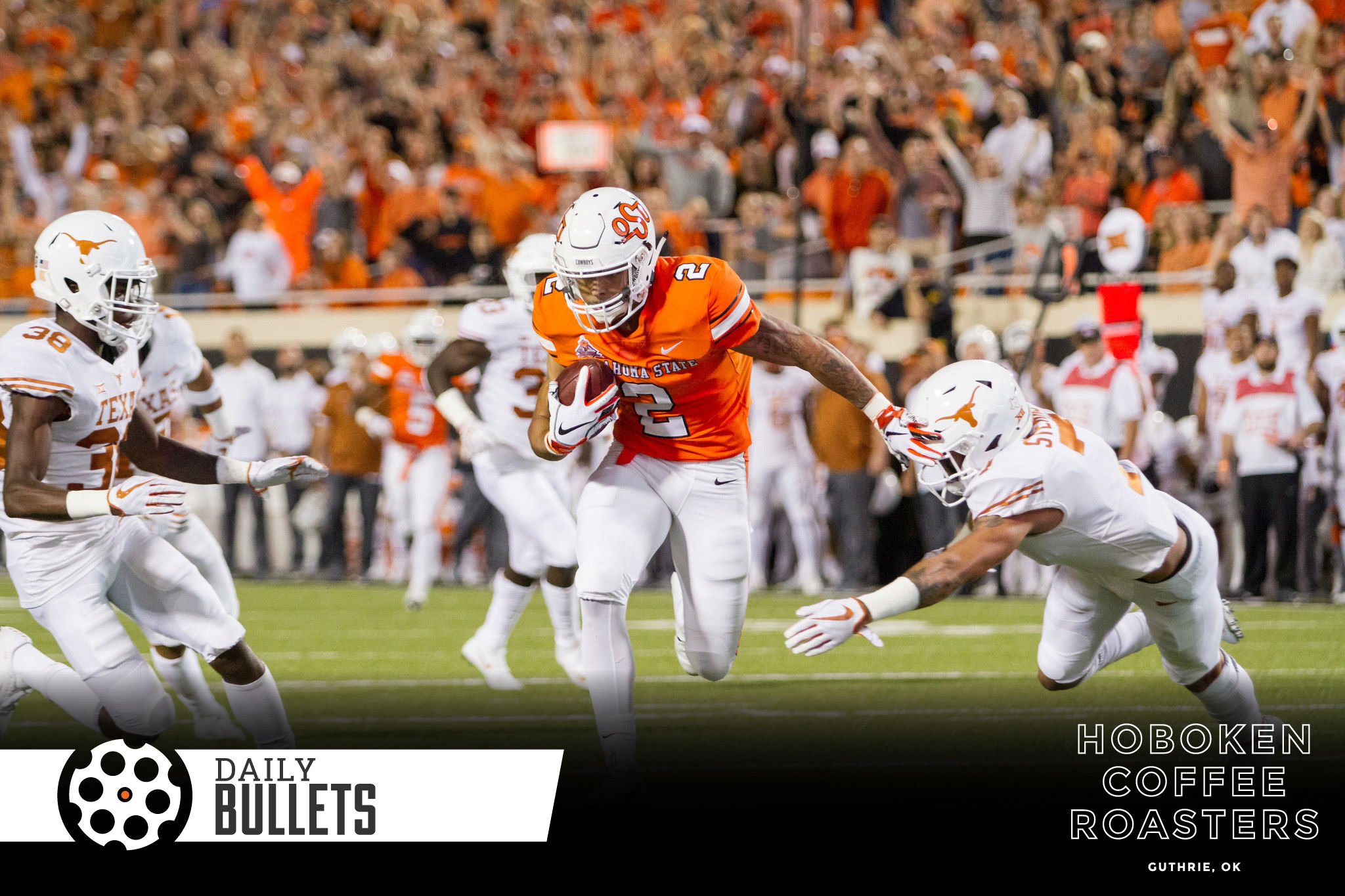 There’s one thing Cowboy Football needs that can result in an acceptable season – consistency.

Mike Gundy’s team was a couple of plays away from 9-3. Instead, they finished 6-6. It was a weird season with wins over Texas and West Virginia, along with a near-miss against Oklahoma, while losing to Kansas State, Baylor and Texas Tech. Go figure? Gundy has to work in a new quarterback next season, but does have a lot of other returning pieces, which is a good thing. Now he just needs his team to be more consistent in 2019. Do that, and this program can be right where it was from 2015-17 when it won 10 games every year. [HCS]

Berry Tramel goes Missouri Tigahs in the Liberty Bowl for the same reason OSU didn’t win ten games this year… inconsistency based on the competition.

What I think he’s really trying to say is that OSU doesn’t play well unless they’re motivated… Here’s to hoping there’s free Memphis ribs to the winner of the game.

There were more interceptions in the first half of the Cheez-It Bowl than the #okstate defense had the entire regular season.

Also – really disappointed TCU didn’t whip this out in their last game against the Pokes.

Pretty incredible that a bowl was canceled for weather (in Texas!)

This pretty much never happens, but the Boise State-Boston College First Responder Bowl has been ruled a no-contest after a weather delay https://t.co/zOcanfMU9L