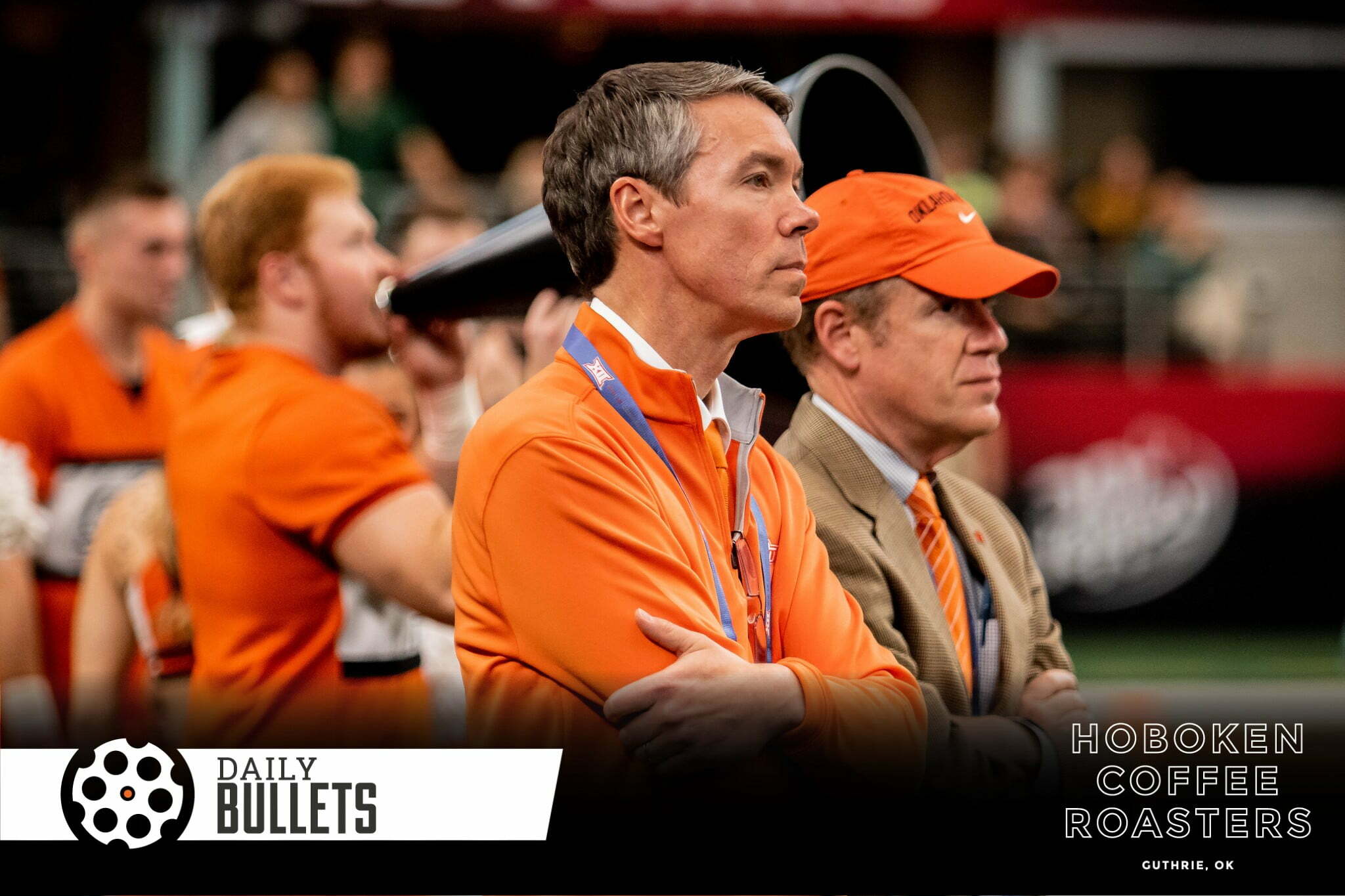 Kyle Porter came out with a book yesterday – $15 I couldn’t spend fast enough and I’m not much of a golf fan. I’m thrilled the Pokes are relevant but after the last 72 hours, being a bigger golf fan may be a good investment for well-being.

• Jim Knowles is gone – reportedly starting at Ohio State on January 2nd, possibly driven by a large pay increase. Best guess would be around the $2M per year range from Ohio State after making around $800K this year
– OSU players reacted to the news
– Three early potential candidates for OSU’s defensive coordinator vacancy
– Didn’t win the Frank Broyles Award
– I don’t get how this would work but it appears Jim Knowles will coach for OSU in the Fiesta Bowl (awkwardddd)

I’m on the record for being juiced for the hire since day 1 (see “Reasons to Buy Stock in Jim Knowles” from January 2017): This was my favorite quote from that article:

When OSU holds a top 10 offense under 30 points, I want to be the first to note: “It’s the Xs and Os and Jimmies (Knowles) and Joes (Bob Clements).”

It also stinks that yesterday, TCU poached Tulsa’s defensive coordinator who would have been a nice candidate for the Pokes.

• This optimism from Kyle Cox on where things are headed after a tough day in Arlington is what you need:

The majority of OSU’s vaunted defense is set to return and, if you believe Mike Gundy, OSU will do just about anything short of a blank check to keep Jim Knowles in town. And Spencer Sanders will be better. And his group of young receivers that were baptized by fire should be really good.

After a few more days the pain will have probably subsided for the people that matter most. OSU has a New Year’s Six Bowl against Notre Dame, for God’s sake.

• Emmanuel Ogbah is at No. 29 on this list of free agents – he’s really blossoming in the NFL, some good analysis on his play

• Big 12 Championship game had really good ratings for a game not featuring OU or Texas, good on the Pokes – that number went up to nearly 11 million viewers in the closing minutes: