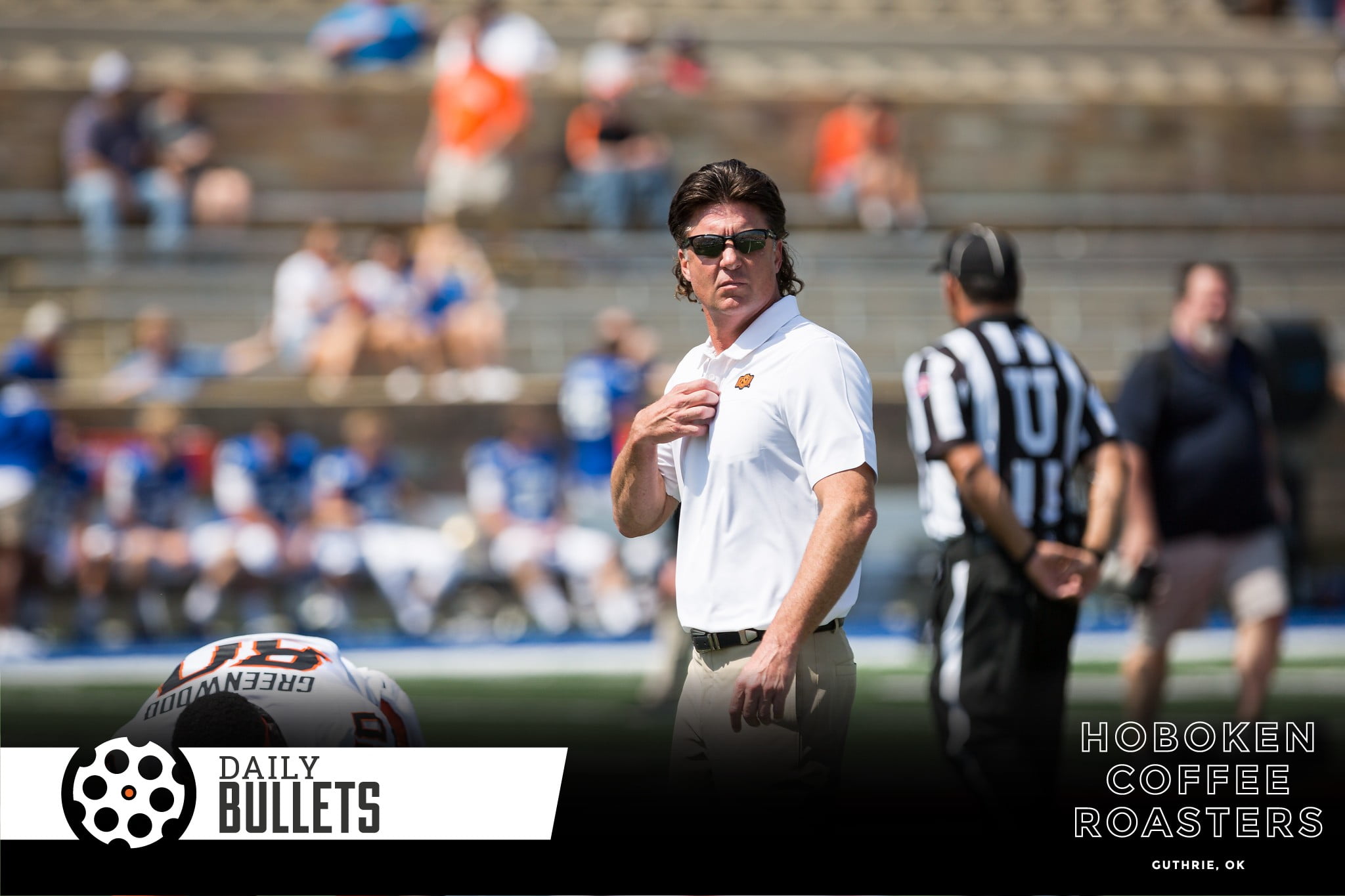 • In a (wonderful) piece not related to OSU, I found a line that directly correlates with the experience of being a fan of Cowboy Football.

“There are a few teams in this league that have the opportunity to get the top players,” (Indiana Pacers GM Kevin) Pritchard says. “Those players dictate a lot about winning. So what we have to be about is: Can we figure out a way to hit whatever peak we have?” [The Ringer]

The experience of the NBA’s Indiana Pacers isn’t far from the Big 12’s OSU Cowboys – LeBron James isn’t coming to Indiana and Dax Hill (and a host of his five-star peers) isn’t coming to OSU. Stop, end of sentence. So how do you find your local maximum?

I’ll hear and validate claims for incremental improvement. If we compete for higher three-stars and low four-stars, could we be move (stay?) at the top of the middle or compete for league titles more frequently? Probably. Is Mike Gundy too content with a moving five-year deal? Probably.

But it’s not an arguable point that Mike Gundy has put OSU in position to be in the conversation for a league title more consistently than any other coach in school history. I’d argue he’s found the highest place OSU can be (for now).

• Some pretty glowing remarks here from Mike Yurcich on working for Mike Gundy – pointing to player and staff friendliness as strengths was insightful.

Mike Yurcich on what he took from his time with Mike Gundy at #OKState:

"He has a tremendous work-life balance… There's boulders and then there's pebbles… he seems to move boulders."

That’s a ball team. Anybody could go for 20 any given night and a perimeter player may not see double digits with Tony Allen and Marcus Smart locking it down.

For further discussion, check out this list of ten guys for “The Basketball Tournament”.

• The Pokes hammering of the Sooners will be on national tv – very nice.

Big news for #Bedlam wrestling this weekend. It was confirmed while we were talking to John Smith today that #OkState will roll out the riser for the mat Sunday for the nationally televised (ESPN2) dual inside Gallagher-Iba Arena.

• The glamorous (at least well-traveled) life of an OSU golfer

• Linked this yesterday but I reread it multiple times after – love this piece contrasting American wanderlust and rootedness
• Skill vs. talent
• Finished this faith-based read over the weekend – great uncomfortable book