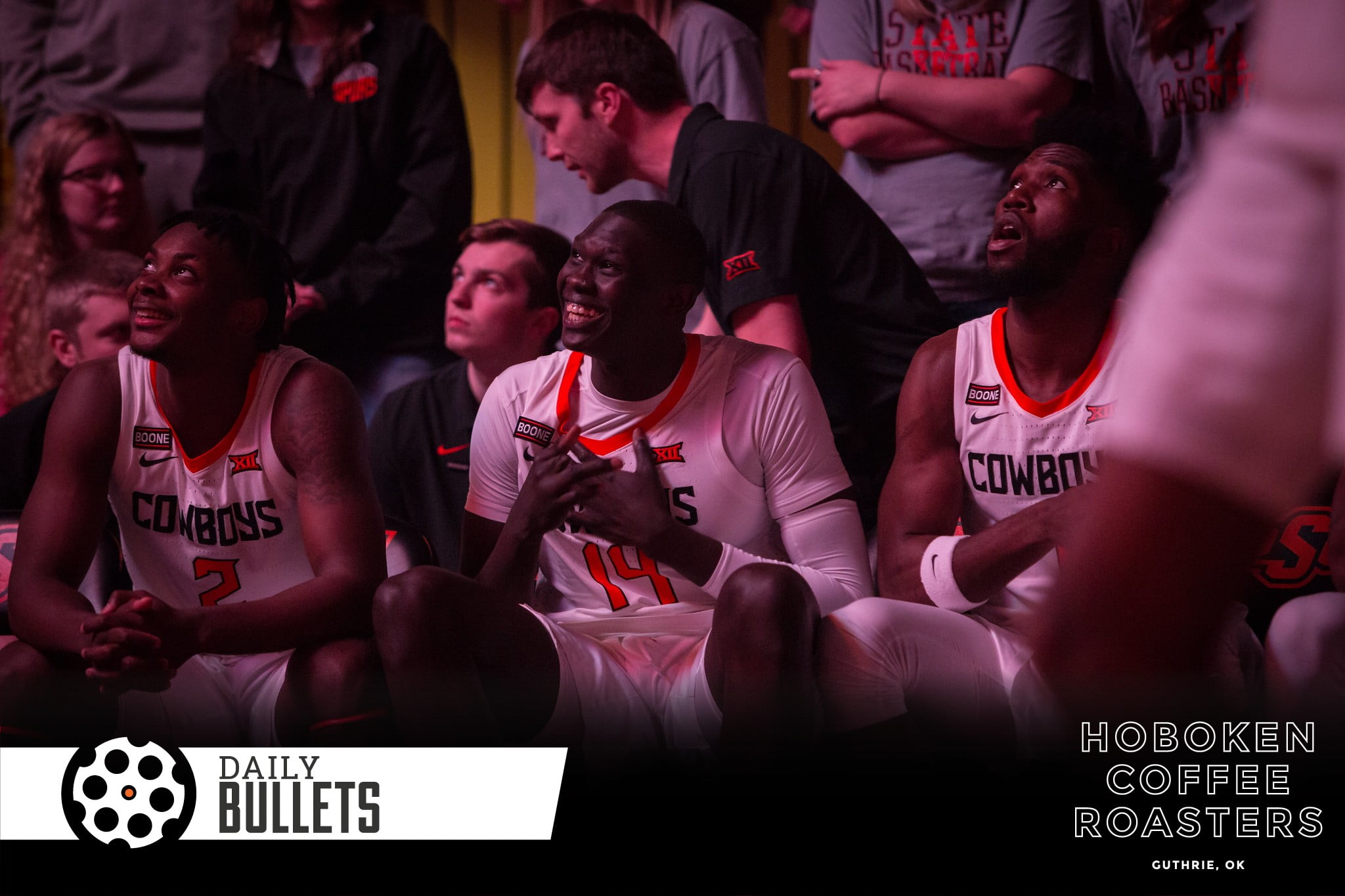 If you and your significant other have OSU involved in your relationship, enter the Orange Crush contest and win some prizes.

• Pokes after a 2020 running back?
• Gundy returns a lot – how much compared to the crowd?
• Anei was lost but is now found

• Here’s an interesting recruiting nugget for the 2020 football class – OSU appears to be going after a running back late in the process after the Michigan State coach changed.

(Jordon) Simmons, who does not have an offer from OSU at the moment, added in his message to GoPokes that he has not heard back from the OSU staff since they talked late week, but was last told the Cowboys were trying to make room for the unsigned prospect.

• Returning Tylan Wallace and Chuba Hubbard is enormous for next season – but other teams return players too. Just how significant is their return (and their production) compared to others in CFB?

Oklahoma State returns 80 percent of its production from 2019, per ESPN — the highest mark in the Big 12 and good for ninth in the country. [GoPokes]

• Another key to the Pokes turning their season around has been their big man coming back to life.

(Yor Anei’s) Baylor foul-out aside, Anei has put together a few solid games lately. Anei has scored in double figures in 10 games this season. OSU is 10-0 in those games.

Tuesday night, Anei was doing it all, as you can see with his first career 3-pointer. He was hitting jump shots, and he was pulling off post moves. He had only one block, but he affected plenty of other shot attempts. He also ripped down seven boards, the most he has had since the Texas A&M game. [PFB]

Anei’s face was on the back of milk cartons, last seen at the pre-season NIT where he abused New York’s state team. It appears he has been found.

• Get to know the new Cowboys’ QBs coach:

• Yor Curry out here lighting it up.

The numbers don't lie. There has never been a more accurate 3-point shooter in NCAA history than @yor_anei. 😉 #LetsWork I #GoPokes pic.twitter.com/NIYcINlJqE