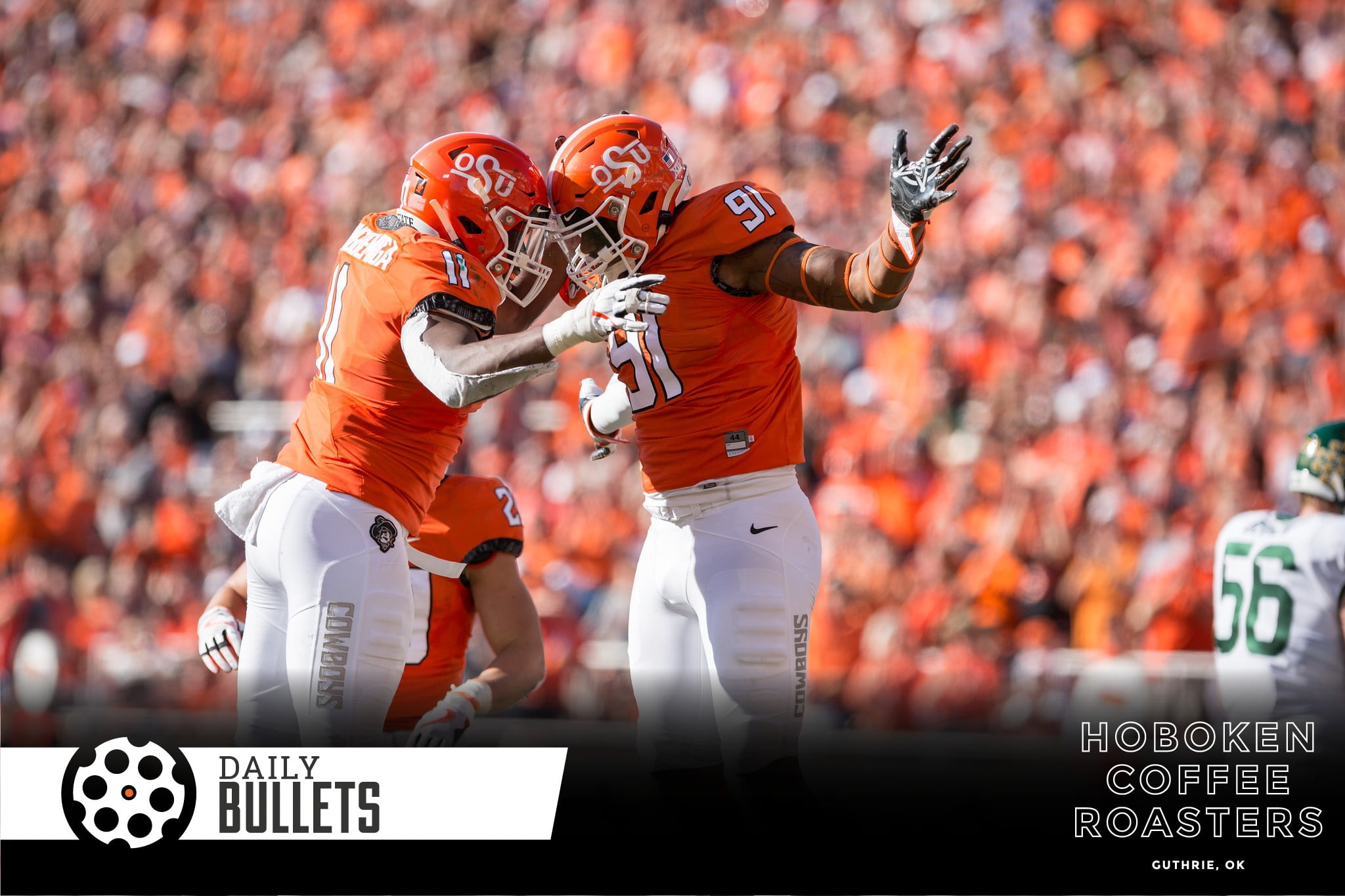 • OSU’s actually a top-25 recruiting football team – not necessarily at bringing in talent but at finding productivity.

After the 2016 class was reranked in the top 25, it’s hard to make an argument that it’s not possible. With a limited quantity of four- and five-star talent, it’s possible there’s a wide difference in perceptions on who the most talented three-stars are with such a large sample size. I think Mike Gundy has an eye for finding more productive talent than a good portion of his peers.

• Losing AJ Green will be a bigger deal than we anticipated.

Having a lockdown quarterback in the vein of Kevin Peterson, AJ Green, and Justin Gilbert is a primary asset to a defense. Over the last ten years, do you know how many years OSU hasn’t had one of those names on the field? Two – 2016 and 2010 (when Brodrick Brown was an upperclassmen).

Rodarius Williams will be a senior and we’ll see if he’s up for it but landing (or grooming) the next lockdown DB will be huge.

Two draft-eligible CB's had 34 forced incompletions over the past two seasons. pic.twitter.com/514aZcNkhY

• Is Dez Bryant the oldest 31-year-old is professional football?

Not playing a snap since he left Dallas after the 2017 season, it’s hard to tell what’s stopping Bryant the most. Has his athleticism and dominance waned to the point that his style of play is ineffective or is it hard for a formerly number one receiver to adjust to a lower share of targets?

• Deep stuff from Tommy D. on his bow-and-arrow celebration:

“You can’t just pull a bow and arrow straight and it won’t go far – you have to go through some adversity to catapult forward.” – Thomas Dziagwa

Known as the "team philosopher", there's a deeper meaning to @OSUMBB's Thomas Dziagwa's (@TDziagwa) signature bow and arrow than just hitting a target.

• Mike Boynton’s made a bet on Cannen Cunningham that he’ll have more than one bullet in the chamber recruiting.

“He’ll only have Cade for one year. He’s going to have Cannen for a lot longer.” [NewsOK]

• Is OSU crazy for not claiming Tyreek Hill, principled, or both?

• Let your kids fail – it’s good for them
• All smiles with the Thunder standing pat at the deadline
• Good faith-based piece: worship God and start a hobby