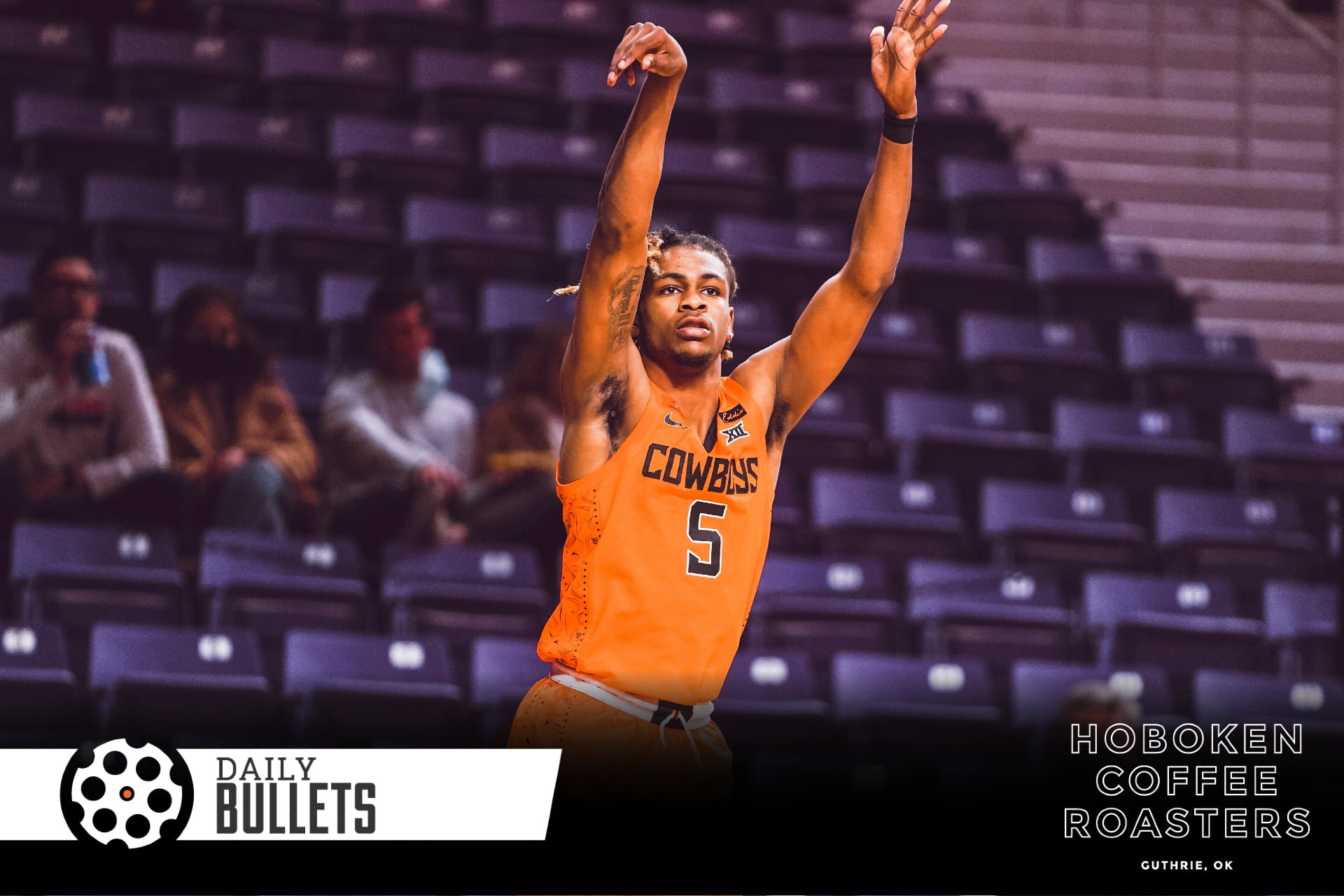 • The Cowboys earned Big 12 win No. 2 on Saturday, in dominant fashion — and they didn’t even need a half-dozen from their best player.

• Here are my Five Thoughts on the win.

• Kalib Boone turned in a season-high 14 points and a game-high plus-17 in the win and his coach made sure he was recognized.

• But Kalib isn’t resting on his laurels. Here he is after the win from a writeup by Jacob Unruh of The Oklahoman.

“I’m happy that I at least gave my team the big man they needed for the longest,” Boone said. “But I’m not satisfied because we’ve played eight games and honestly this is one of the only games I’ve only had a huge impact in.

• Amen closed his OSU career with a 🙏.

• Before the Cowboys tipped things off in Manhattan, the Cowgirls dominated TCU 69-50 victory in GIA to move to 5-0 in league play.

• Natasha dropped a triple-double then a double-double against the Horned Frogs in the same week. Does that count as a quintuple-double? Either way, it adds up to a double-W for OSU.

• The Cowboys are rolling out new wrestling mats for their season opener against Chattanooga this afternoon and (of course) a certain 🐐 would get to christen them.